Lose Your Inhibitions With “Knife + Heart” 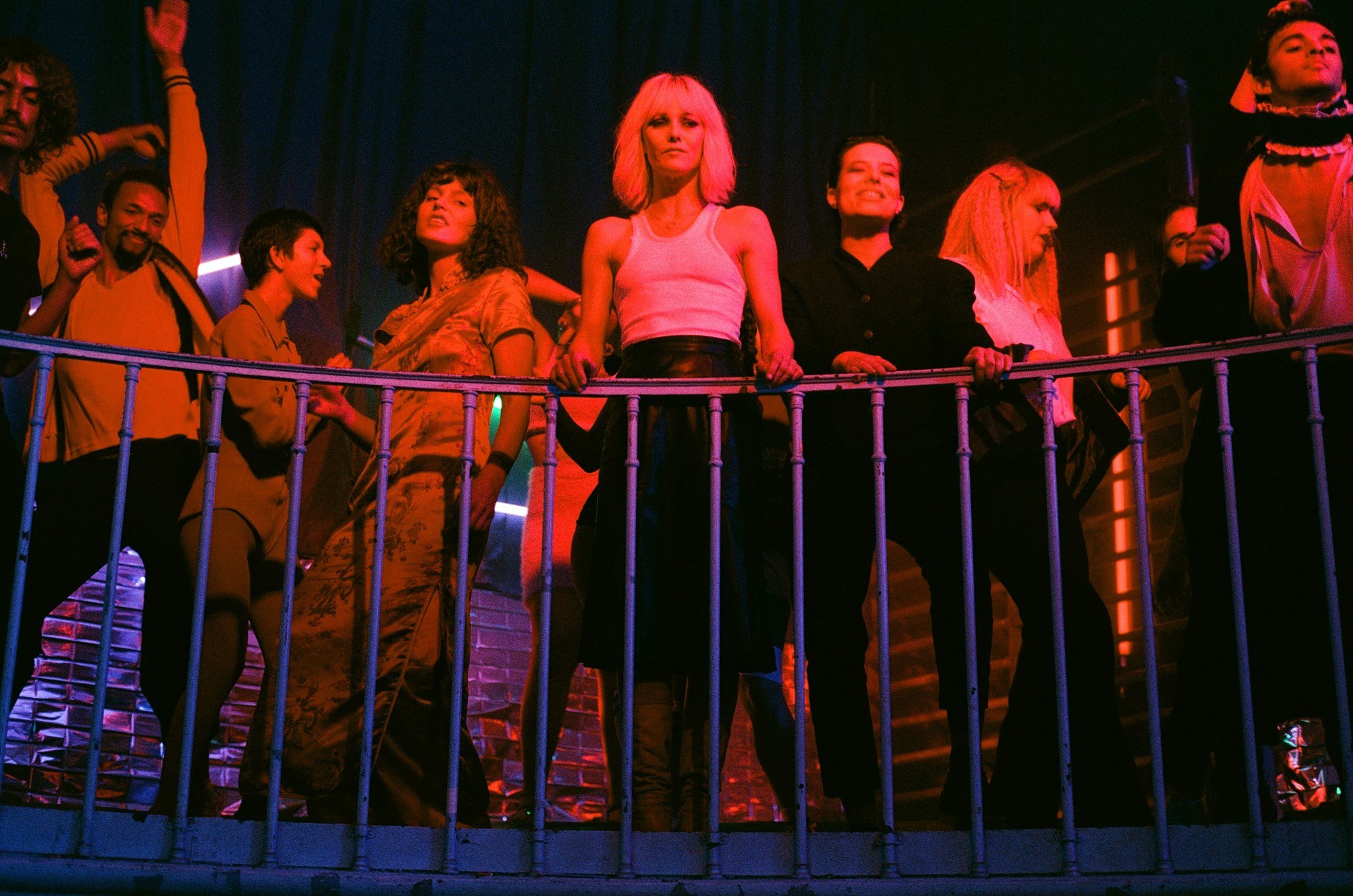 The Killer (Genet) dons a charcoal black mask. He is part leather daddy, part sexy gimp and he gives me major Leo DiCaprio vibes from 1998’s The Man In The Iron Mask (Yes, I went there). Maybe this film is a spiritual sequel to Pulp Fiction in which we follow the delightful hijinks of Tarantino’s now-iconic gimp (and may I add, my first introduction to the leather scene when I watched that movie at age seven) as he time travels to Giscard-era Paris to become an actor in art films. 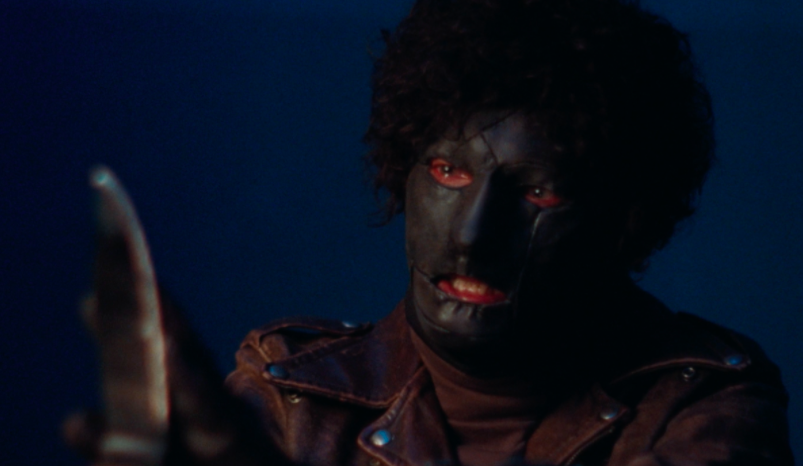 Cut to Anne (Paradis): drunk and blonde and utterly messy. She calls her ex from a mythical portal that scientists once called a “payphone” and tries to sweet-talk her way into a reconciliation with her girlfriend with such irrefutable one-liners as, “We’ll drink all night like when we met,” because apparently, these Sapphic darlings attended the George and Martha Finishing School For Love. Anne comes across as a mix between AbFab‘s Patsy Stone and Rupaul’s Drag Race darling Kylie Sonique Love and I’m fully here for it. She believes she can win back Lois (Kate Moran) by making the most transcendent gay porn of all time. Yes! Cue the montage of jizzing twinks!

KNIFE+HEART teaches you that sensuality is for everyone, and everything is foreplay. But, small critique: the filmmakers use blow jobs like they’re wig reveals, and hey, maybe it’s my depression talking, but I’m bored. About an hour in we *finally* experience some flogging. Come on people, diversify your sex acts! The audience is supposed to live in the style and atmosphere of this movie more than the action. It’s the kind of surreal fodder where actors don’t walk, they glide, and cigarettes burn but always have a little smoke left in them. It does make me wonder if anything presented to the viewer is real, but I never mind uncertainty. If, however, the absence of a linear narrative or a focused plot makes your blood boil then do not watch this film. The Parisian police’s lack of interest in the slaughtering of gay men is probably the most realistic part.

Are the filmmakers fans of Lucio Fulci? I got sprinklings of The Beyond and Zombie from this movie, but admittedly, I would search for those sorts of connections any day in every film, especially European ones. The music, again, gave me a little Zombie meets ’70s grand horror score, a la Phantasm. It also made me long for a synth organ adaptation of Chromatica (Plz Gaga).

This immersive art experience of a movie reaches its climax (har har) at the premiere for Homocidal, Anne’s gay porn opus. Afterward, our Killer stalks his last victim in a dark tunnel of penises. A de-masking reveals Freddy Krueger-like disfigurements and we the audience are treated to some exposition that *yawns in French* I could take or leave. KNIFE+HEART captures the moodiness and sensuality of watching a movie after midnight, even if you watch it in the daytime. You don’t feel like you’re in a horror movie. You are in a world where these characters live their freest, sexiest lives, and murders happen in the background. I enjoyed the time I got to spend in this world, but it’s back to praying the Rosary for me.