Sometimes a horror fan is lucky enough to chat with one of their fave final girls, and at that moment, they must try not to be a total freak about it. And try this lonely little homo did! I recently got to catch up with the Dream Master herself to dish on the beautifully insane BARBEE REHAB.

Lisa Wilcox starred as Alice in Nightmare on Elm Street 4 and 5, one of the rare double appearances in a classic slasher franchise. She’s guested on ionic shows like Star Trek: The Next Generation, Boy Meets World, and Murder She Wrote. In addition to appearing on the convention circuit, she has been featured in several documentaries centered around the horror genre, including Never Sleep Again, Scream Queen: My Nightmare on Elm Street, and In Search of Darkness.

Hi, I’m Justin. I write a column for Rue Morgue called Stab Me Gently, where I lend a queer eye to horror cinema. I’m so excited to share this interview! Lisa Wilcox went up against Freddy Krueger twice, and now she’s taking on the totally unhinged world of “Barbee” addicts in a horrifying new show that straddles the line between erratic and kooky that feels all too at home in our casually apocalyptic world. With hints of the sketch comedy favorite The League of Gentleman and Taxicab Confessions, this wild new show will have you feeling like it’s 3 a.m. and you just chased a shot of tequila with Fireball. 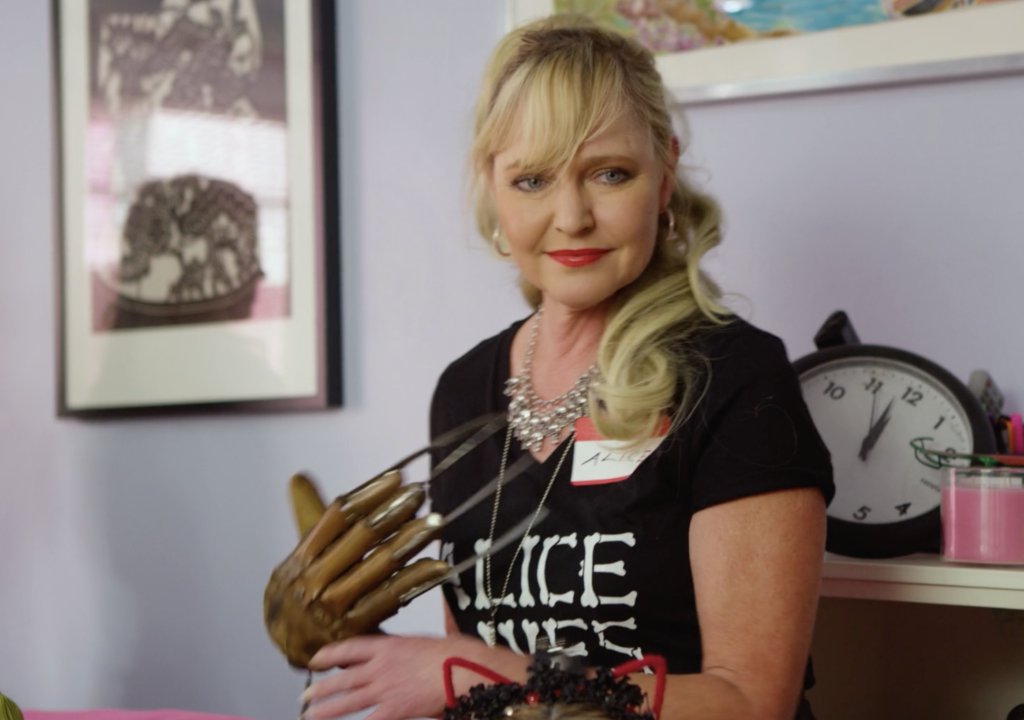 What is this totally unhinged show?

It’s so crazy. It’s so adult comedy. And don’t have anyone under 18 years old in the room. It is a wild ride. Seriously, it’s like that train wreck, and we rubberneck it. Yeah, that’s BARBEE REHAB. It’s such a fantastic idea, and I am so happy to be part of it.

Did you have Barbies growing up?

Oh my God! Of course! I grew up in Missouri. Oh, yes! We had Barbies. My mother was a stewardess – I know now they are called flight attendants – but back then, a stewardess, during the Pan Am days. We had the airplane Barbie and the outfits and the dresses and numerous Barbies and the shoes and the little purses. I’m still obsessed with miniatures. My grandfather built a custom little dollhouse. [It was] beautiful … out of wood … with all the miniature furniture.

Can I ask what your favorite Barbie is?

I won’t! I am also blond and blue-eyed, so I wouldn’t do that to you. How did you first get involved with BARBEE REHAB?

This gal started chatting with me at a convention, and she said, “You know there’s this show called BARBEE REHAB, and you would be an awesome addition.” And I’m going to have to apologize to her because when I was on set, which is a few years ago now because everything got held up because of Covid. But she’s the one who introduced me to it. Basically, I’m doing a satire as my character, Alice, but as me, Lisa Wilcox. 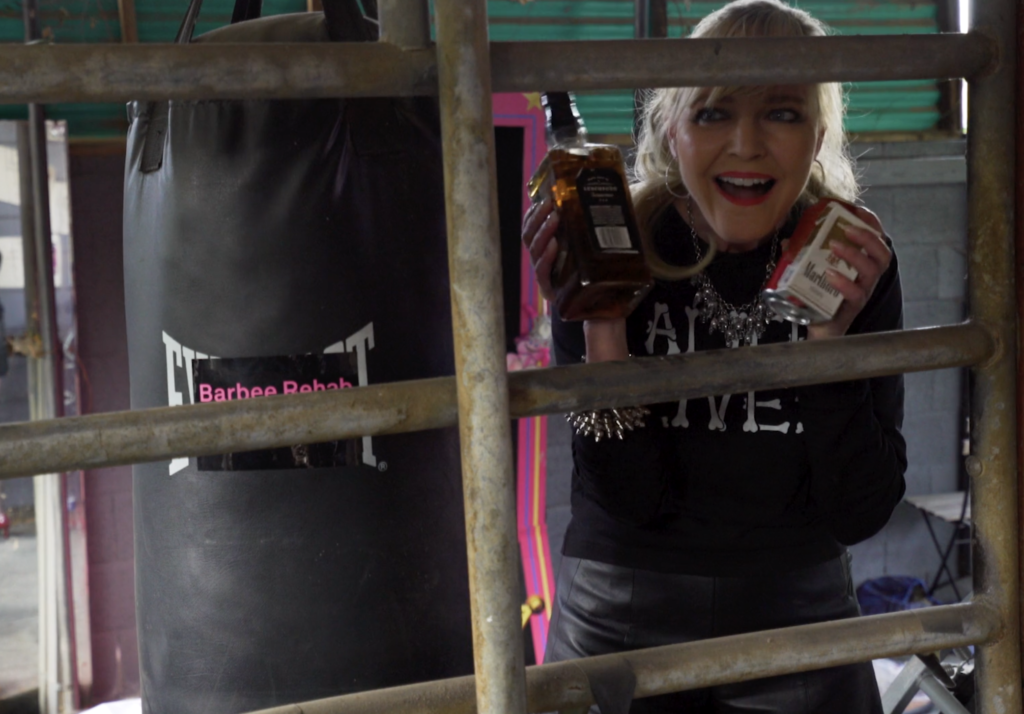 Yeah! It’s playing me, Lisa Wilcox, but caught up in my character of Alice Johnson … So I need rehab. And Alice Johnson should so be a Barbie. Badass with the leather jacket, you know. Kicking ass … because Freddy never got Alice.

Now that you’re doing this project that brings Alice back, I have to ask, would you do another Nightmare movie?

I would absolutely do another Nightmare movie! It’s so disappointing. What happened to Alice and Jacob? Okay, fine. Nightmare 5 didn’t do well at the box office, but at conventions, I learned Nightmare 5 is many people’s favorite now. Nightmare 5 came out in 1989. Okay, it’s dealing with … Oh! Sex before marriage. Oh! Teenage pregnancy.  Oh!  abortion! Oh! Adoption Oh! Then, we have Greta – bulimia!  Oh! Then, we have Alice’s dad who is a recovered alcoholic. Okay. It was all packed into 90 minutes.

It was just way too much and way too heavy for 1989. Especially after Nightmare 4, which had the best jokes, the craziest deaths. We had Freddy Krueger putting on Ray Bans at the beach. How often do you see a Dracula or a Frankenstein putting on Ray Bans? I totally get why Nightmare 5 was not accepted. Nightmare 4 was a date movie. You could take a girlfriend who doesn’t like horror movies. You’re gonna see a girl turn into an insect, and that’s the worst thing you’re going to see. And you’re going to laugh. But Nightmare 5 was very dramatically different. 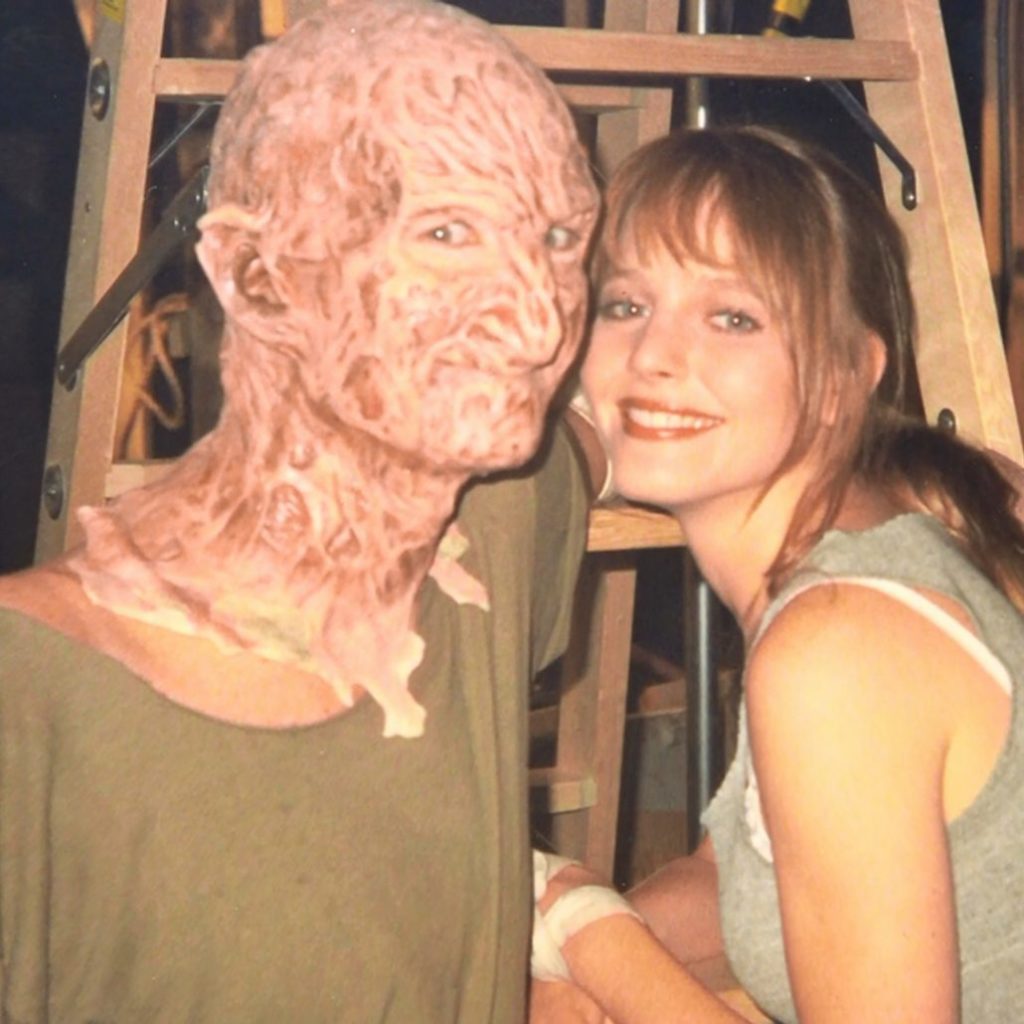 Should Nightmare get the “requel” treatment that Scream and Halloween have gotten?

Part of the fun of Nightmare is that there are so many great final girls, and I always wanted them to come together in a film.

A script was written – I won’t say by who – but by a successful screenwriter. It featured final girls from all the movies, including Scream, even. And now our children are being threatened and we make a pact to fight this asshole once and for all. It was shopped around [to] all the big studios, and they said, “No. We don’t want older women. We just want teenagers.” It’s a real shame because it’s something that has not changed since I entered the industry in the ’80s. Ageism still exists. It pisses me off. Nowadays, I play a Karen.

What else should we know about BARBEE REHAB?

I had the great pleasure of working with Tom Sizemore and Bai Ling. They’re hysterical. We did lots of improv together. I also had the pleasure of working with Tom again this year on Woods Witch. I play a 1980s-looking woman in 2022 [with] the hair, the makeup, the dress, who just brushes aside all the horror that happens in the woods. It was really, really so fun. Tom and I had another great time. I also did a comedy with Jamie Kennedy called Don’t Suck.

Catch Lisa Wilcox in Episodes 6 and 7 of  BARBEE REHAB, coming to digital later this year.

“I totally get why Nightmare 5 was not accepted. Nightmare 4 was a date movie. You could take a girlfriend who doesn’t like horror movies…” 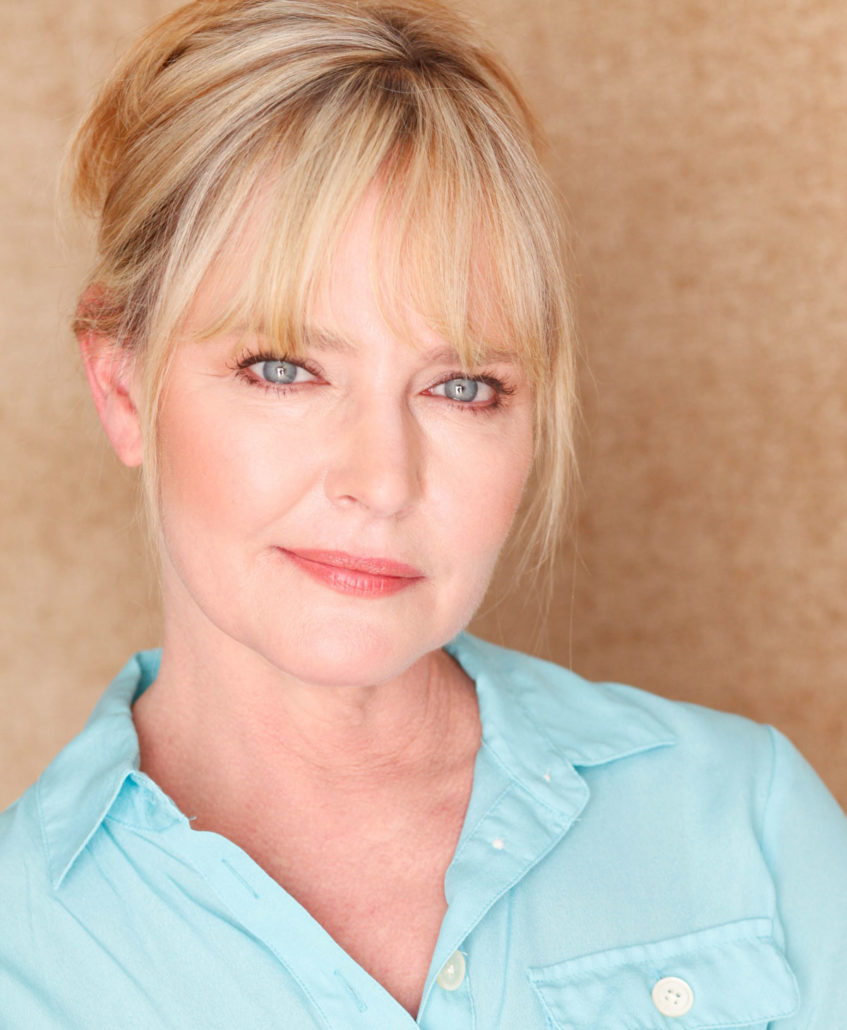