Glass Eye Pix’s Larry Fessenden has produced any number of fine genre features in the past decade, but hasn’t been at the helm of a movie since the 2013 Chiller original BENEATH (and hasn’t directed one of his own scripts since 2006’s THE LAST WINTER). Now he’s guiding a film based on an all-time horror classic, and a poster has been released.

Fessenden is about to get rolling on DEPRAVED, his take on Mary Shelley’s classic novel FRANKENSTEIN (which was also an inspiration for his debut feature, 1991’s NO TELLING). According to the official synopsis, the movie “centers on Henry, a field surgeon suffering from PTSD after combat in the Middle East, who creates a man out of body parts in a makeshift lab in Gowanus, Brooklyn. The creature he creates must navigate a strange new world and the rivalry between Henry and his conniving collaborator Polidori.”

David Call and THE BLAIR WITCH PROJECT’s Joshua Leonard star, with Alex Breaux playing the monster; James Siewert (LIKE ME) and Chris Scotchdopole are the cinematographers. Glass Eye teams with Forager Film Company on DEPRAVED; the producers are Fessenden, his frequent collaborator Jenn Wexler and Chadd Harbold (MOST BEAUTIFUL ISLAND). “I am very grateful to have Forager support this deeply personal and visceral take on the Frankenstein story,” Fessenden says. “I’ve been moved by the iconic character since childhood, and it is a great thrill to try to put my version on screen.” Forager’s Joe Swanberg adds, “Larry Fessenden has consistently made groundbreaking, intelligent, socially relevant films in addition to shepherding some of the most important young voices in genre filmmaking. We could not be more excited to collaborate with him on this project.” Look for more on DEPRAVED at this site in the near future! 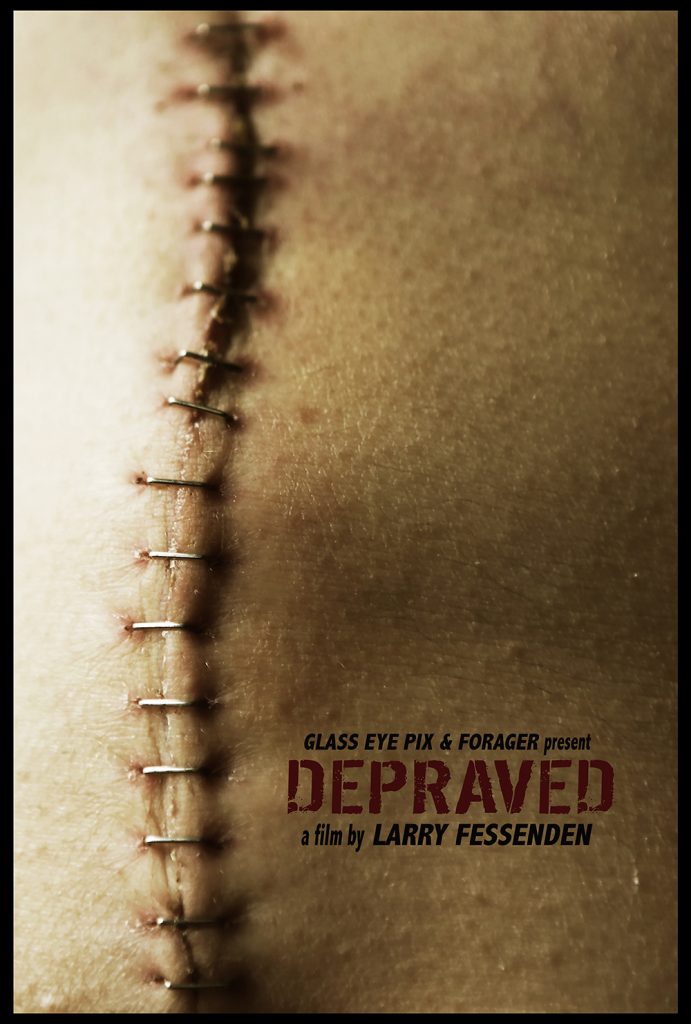