Classics like THE WICKER MAN and WITCHFINDER GENERAL are explored in depth in WOODLANDS DARK AND DAYS BEWITCHED: A HISTORY OF FOLK HORROR, a new documentary from Severin Films and acclaimed genre author Kier-La Janisse. We’ve got the info and the poster.

WOODLANDS DARK AND DAYS BEWITCHED tells the history of a subgenre that has been particularly conspicuous recently with the relase of films like MIDSOMMAR. “Folk horror has exploded over the last decade with a multidisciplinary reach that few other subgenres of horror enjoy,” says Janisse, author of HOUSE OF PSYCHOTIC WOMEN among others and a regular on the festival/revival scene. “Its manifestations on film, in visual arts and music are proliferating at a surprising rate. Moreover, the genre has inspired a rabid online fanbase whose favorite pastime seems to be endlessly debating exactly what folk horror is.” 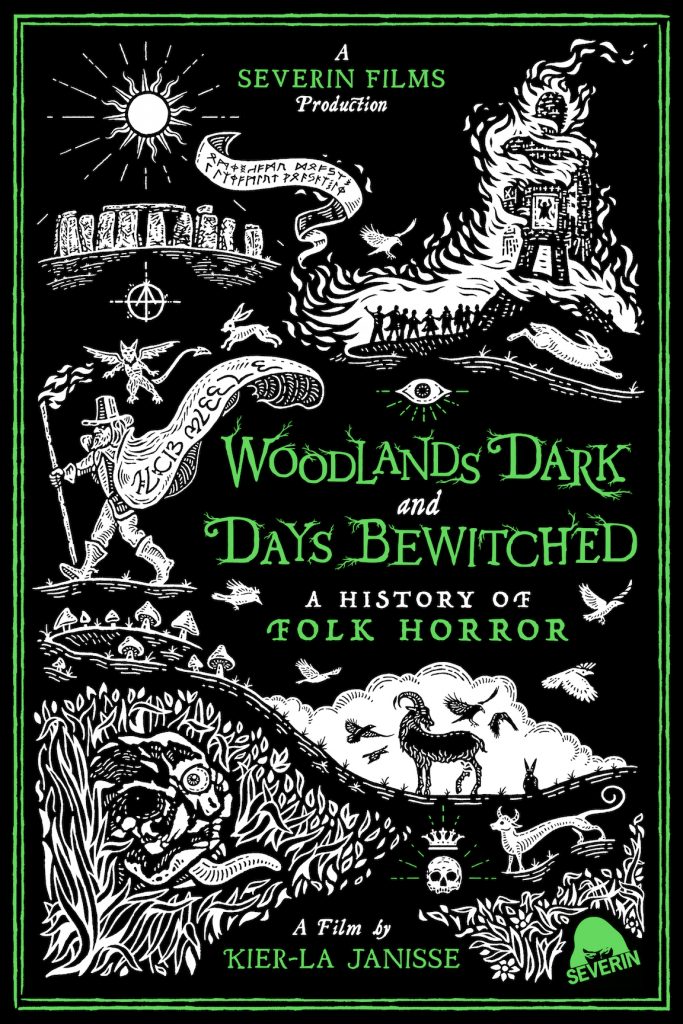