Following a 2019 festival tour that won it much acclaim, this study of grief and terror is seeing general release.

Dark Star Pictures will give Johannes Nyholm’s KOKO-DI KOKO-DA a virtual-theater release November 6 in major cities including New York, Los Angeles, San Francisco, Philadelphia, Cleveland and others. It will then be available December 8 on U.S. and Canadian VOD platforms (including Apple TV/ iTunes, Amazon, Google Play, Xbox, Vudu, You Tube, Fandango Now, Dish Network) and all major cable providers (including Comcast/Xfinity, Spectrum, Cox and Verizon Fios). The film, which played the Fantasia International Film Festival (where it won the AQCC-Camera Lucida Prize), Sundance Film Festival, Rotterdam Film Festival, Seattle Film Festival, Karlovy Vary Film Festival and Fantastic Fest, stars Leif Edlund, Ylva Gallon, Peter Belli, Katarina Jackobson and Brandy Litmanen. The synopsis: “Elin [Gallon] and Tobias [Edlund] are a happily married couple who regularly vacation with their young daughter. The family is on a dreamy holiday when an innocuous case of food poisoning derails their plans and forever alters the course of their lives. Three years later, the once loving couple is on the road again to go camping, looking for one last chance to go back to the way things used to be. But what once was is lost, and our characters instead find themselves having to relive the same nightmarish events, as that day and the horrors it brings repeat themselves infinitely. Together, they must overcome their trauma, reconcile with their past and fight for their lives. Over, and over, and over again.” See our review of KOKO-DI KOKO-DA here and our interview with Nyholm in RUE MORGUE #191. 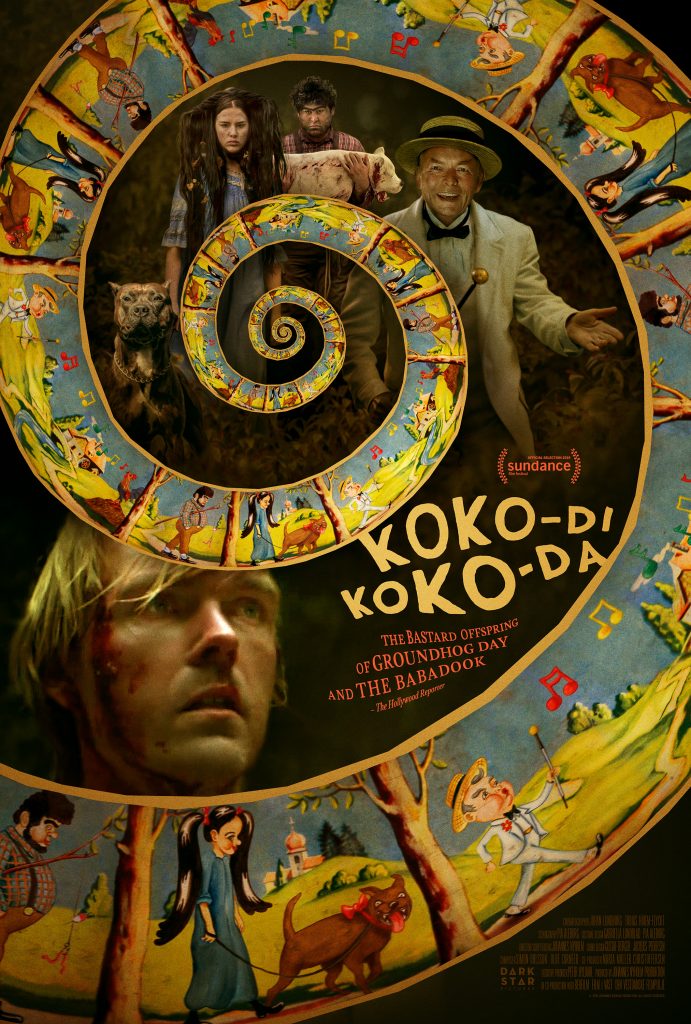