Jill Gevargizian On Six Flicks That Influenced “The Stylist”

Hi everyone! Jill Gevargizian here — director, co-writer, and producer of THE STYLIST.

THE STYLIST is about Claire (played by Najarra Townsend), a serial killer hairstylist who finds escape from her lonely life and past trauma by wearing the scalps of her victims and attempting to become them, if only for a moment. One of her favorite clients asks her to style her hair for her wedding. That proves to be too much for Claire to handle and we get to go along with her on her downward spiral into madness.

I’m excited to share with you 6 films that had a heavy influence on THE STYLIST. You’ll notice they share many similarities: tragic and dramatic endings, complicated lead characters, themes of “the double,” identity, envy, perfection, loneliness, obsession, repression, and anxiety. I shared this list (plus more) with the entire cast and crew. We drew inspiration from their design, blocking, cinematography, editing, music, and more. 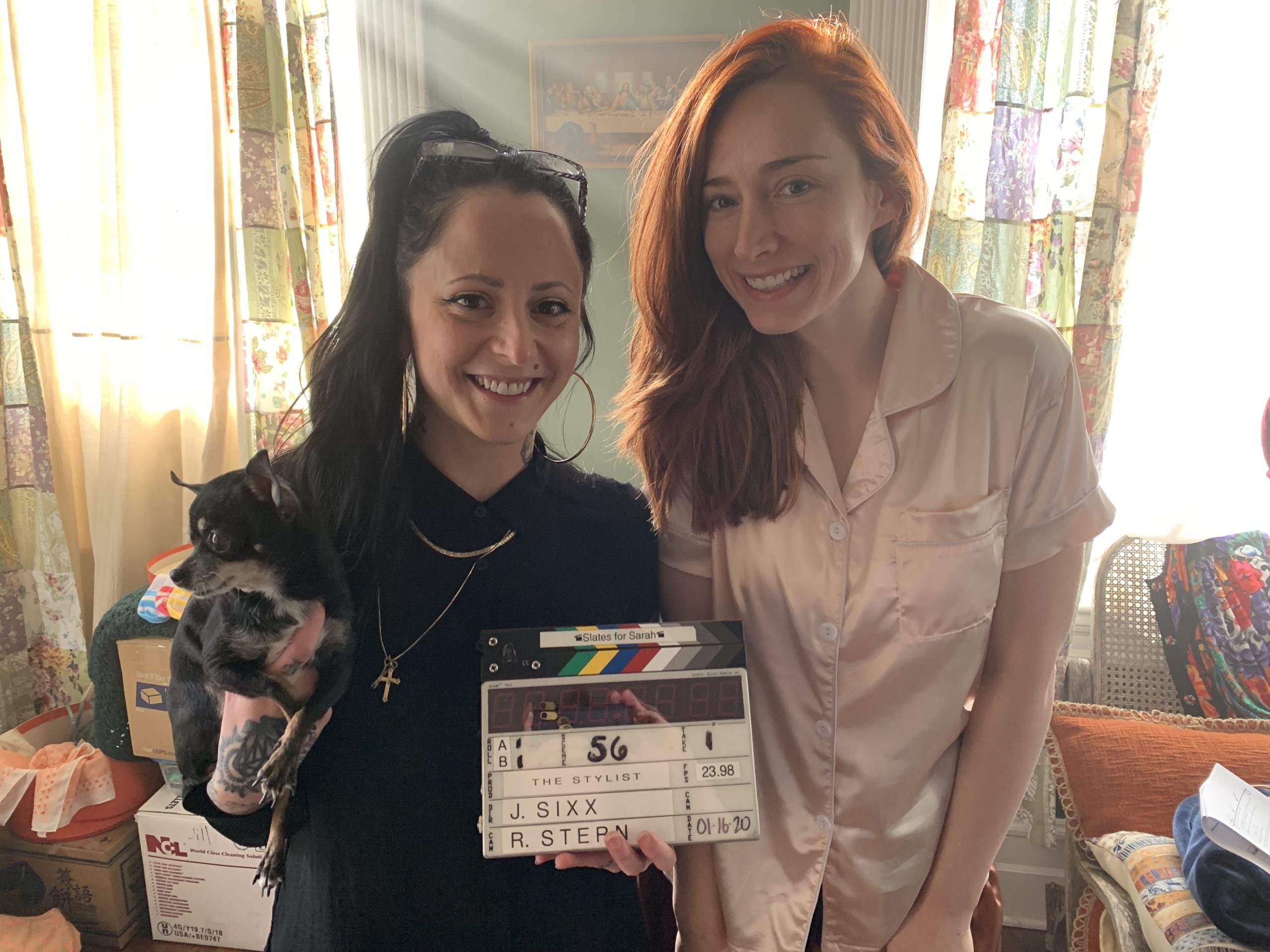 My favorite horror film of all time. Claire started simply as a female version of Leatherface. I first envisioned her: in her lair, scalps hung on the wall like hunting trophies, as she danced around gleefully wearing a fresh scalp. Much like how Leatherface wears the skin of his victims and envelopes their personalities, due to his complete lack of personal identity. He’s scared, lonely, and prefers to pretend to be someone else — just like Claire.

The Saw is Family.

Somehow I missed this film upon its initial release – which blows my mind. I discovered it about 10 years ago and fell head-over-heels. I love anti-heroes films, like this, told from the “bad person’s” perspective. I’m very attracted to complicated characters, like May. Even after all the horrible things you witness her do, you still want her to find some sort of peace. You still feel for her. Najarra and I wanted to do something similar with Claire.

Like Carrie, Claire is a loner, an introvert, awkward, sexually repressed, the list goes on. Remember near the end of the film, when Carrie is walking out of the burning school with a deadpan face – void of all care or concern. The Carrie we knew before is gone. This is someone else. Someone filled with nothing but rage. There’s a sequence in THE STYLIST where I realized Claire was in a very similar headspace. And so I wanted to go the extra mile — within that sequence, we dressed Claire very much like Carrie – in a light pink nightgown. Our costume designer Halley Sharp made all my dreams come true.

Najarra Townsend in “The Stylist.”

I went on a De Palma binge while prepping for THE STYLIST, a lot of them were first-time watches, like Sisters and Blow Out. De Palma’s cinematography and editing style had a huge influence on Robert Patrick Stern (director of photography), John Pata (editor), and my choices.

Kier-La Janisse’s book House of Psychotic Women: An Autobiographical Topography of Female Neurosis in Horror and Exploitation Films introduced me to this film, along with many others (like Robert Altman’s 3 Women), while researching films dealing with the idea of “the double.” Persona is about a nurse, Alma, who has been put in charge of caring for a mute actress, Elisabet. Alma becomes completely enamored with Elisabet, obsessed you might say. The film is very poetic and abstract. Bergman uses stacked blocking, long takes, and split-screen to visually enhance the idea that these two women are slowly becoming one. I was so inspired by his choices and implanted the same techniques into THE STYLIST.

Brea Grant and Najarra Townsend in “The Stylist.”

I recommend House of Psychotic Women to any horror fan, writer, filmmaker — hell, anyone who likes film at all. I’ve re-read dozens of times, it’s my bible.

I was drawn back to this film first because it’s about a woman losing her mind, but even more about sexual repression, loneliness, and identity. It’s yet another film dealing heavily with the idea of “the double” between Portman and Kunis’ characters. I love the elegance of this film. The ending is like a Shakespearian tragedy – Portman’s character finally reaches her idea of perfection and that’s it for her. There’s nothing else left to live for. Like Black Swan, THE STYLIST is a tragedy at its heart.

So many of y’all don’t realize this is a horror movie!! It’s basically a fucking Grimms’ fairytale! That ending?! Give me a break! It’s gnarly!!! It’s grotesque! It has so much to say! Refn’s films are known for their gorgeously rich lighting, color palettes, and production design. This film drips in style, which was exactly what Sarah Sharp (production designer) and I wanted for THE STYLIST. Thematically there are a lot of similarities between his film and ours: perfection, beauty, envy, obsession. Both films are part of a new subgenre of horror I’ve dubbed “cosmetic horror.”

“I’m very attracted to complicated characters. […] Even after all the horrible things you witness her do, you still want her to find some sort of peace.” 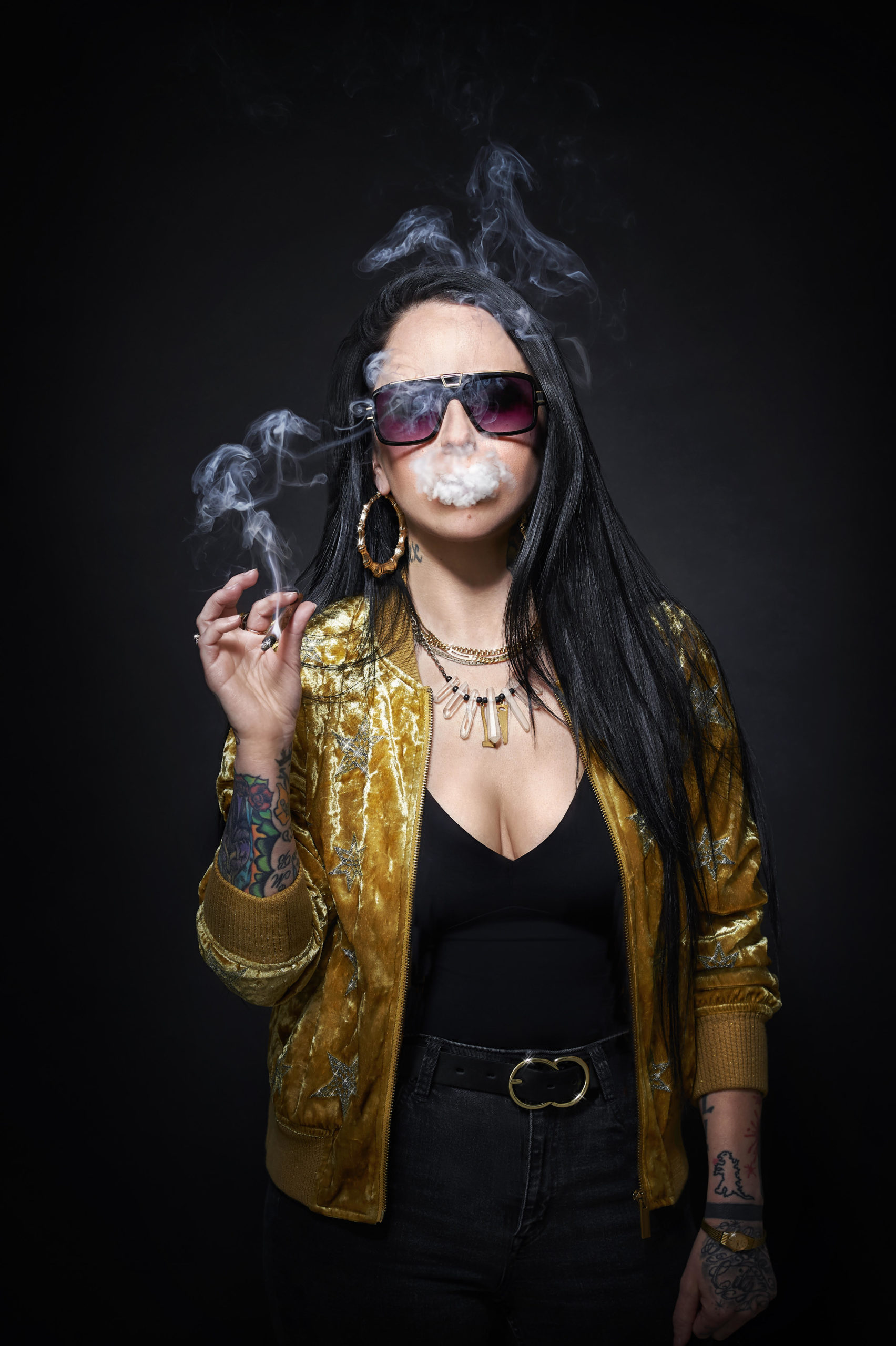