Trick-or-treating has a deadly edge in the film making its uncut (100 minutes) hi-def disc debut.

Synapse Films has announced its Blu-ray release of the darkly satiric shocker SATAN’S LITTLE HELPER, from cult-fave writer/director Jeff Lieberman (SQUIRM, BLUE SUNSHINE, JUST BEFORE DAWN), on October 25. The film follows a young boy (Alexander Brickel), who’s obsessed with the titular video game, as he tags along with a devil-masked murderer (Joshua Annex) on Halloween, not comprehending how real the carnage is. Also starring Amanda Plummer, Katheryn Winnick and Stephen Graham, the movie will be presented in high-definition 1.78:1 widescreen with DTS-HD MA English 2.0 original stereo sound. Special features are: 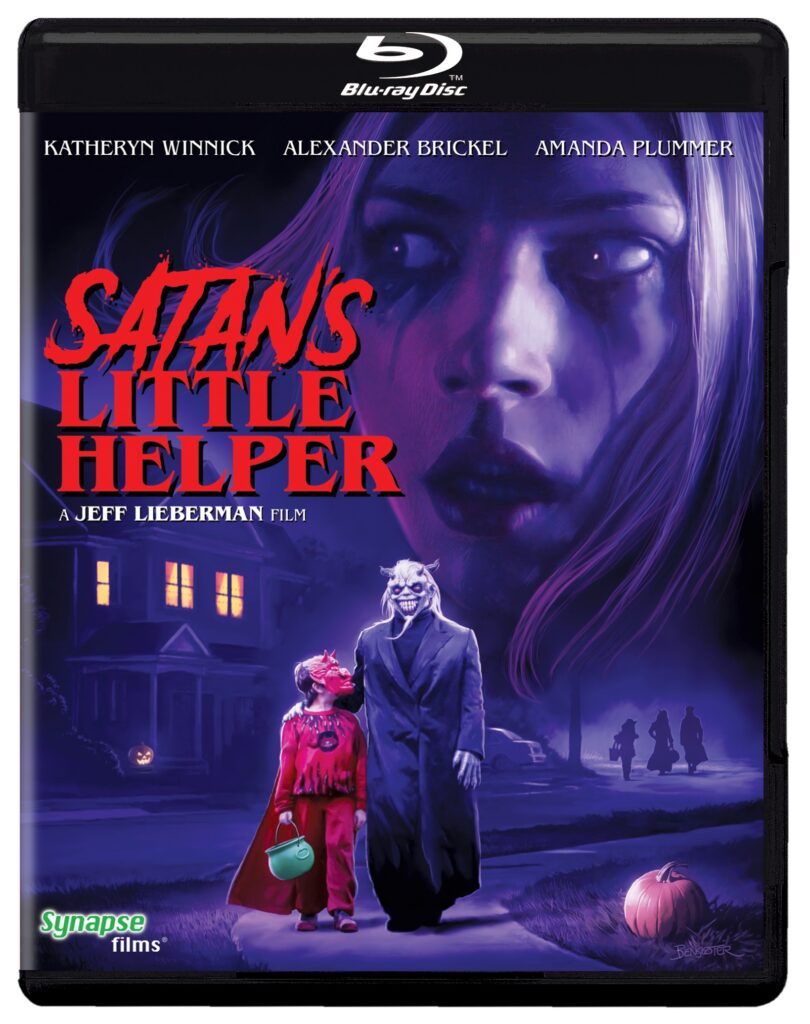