The reboot of the fright franchise is coming from a new creative team in September.

Fathom Events and Screen Media have announced that JEEPERS CREEPERS REBORN, with no involvement from original creator Victor Salva, will debut as a three-night fan premiere event September 19, 20 and 21. Directed by Timo Vuorensola (IRON SKY) and scripted by Jake Seal and Sean-Michael Argo, it stars Imran Adams, Sydney Craven, Gabriel Freilich, Pete Brooke, Gary Graham and genre legend Dee Wallace. The synopsis: “JEEPERS CREEPERS REBORN unfolds as the Horror Hound Festival holds its first-ever event in Louisiana, where it attracts hundreds of geeks, freaks and die-hard horror fans from far and wide. Among them is fanboy Chase and his girlfriend Laine, who is visiting a festival of this kind for the first time. But as the event approaches, Laine begins to experience unexplained premonitions and disturbing visions associated with the town’s past, and in particular, local legend/urban myth The Creeper. As the festival arrives and the blood-soaked entertainment builds to a frenzy, Laine believes that something unearthly has been summoned…and that she is at the center of it.”

Tickets will be available beginning Friday, August 6 at the Fathom Events website and participating theaters, a list of which will be posted the same day at the Fathom site. 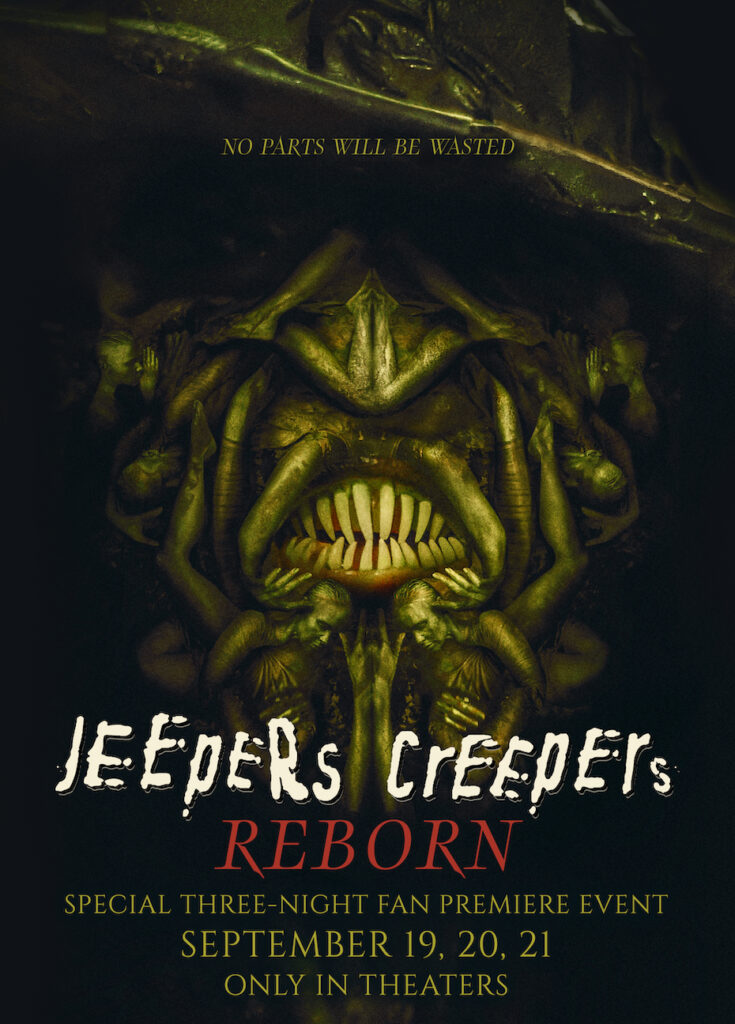