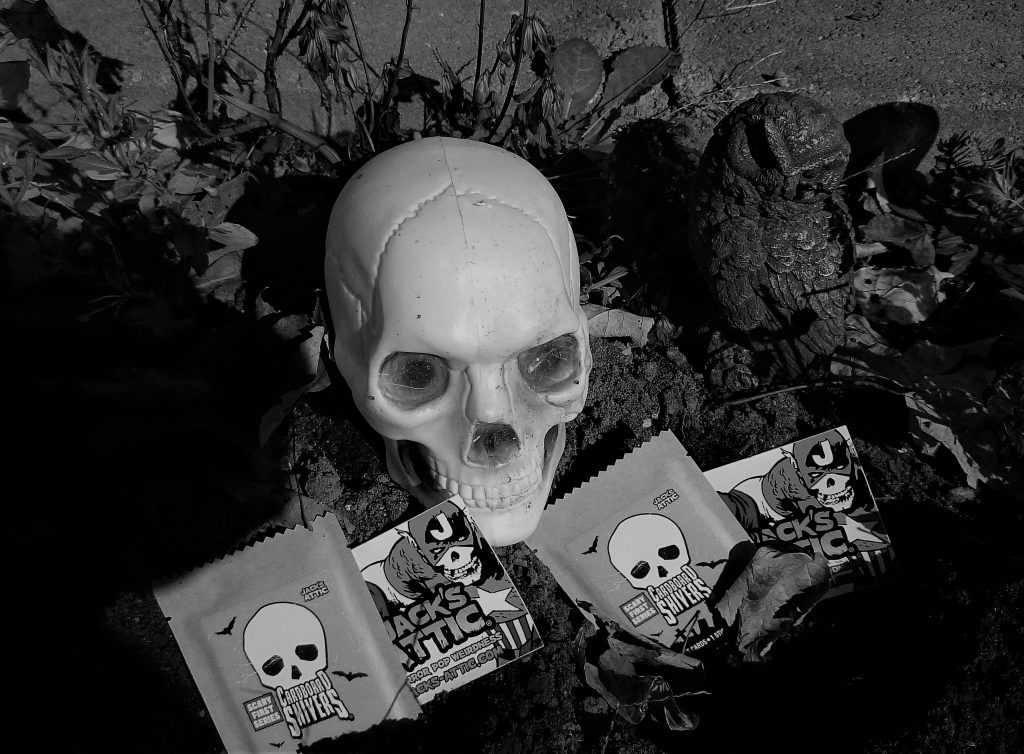 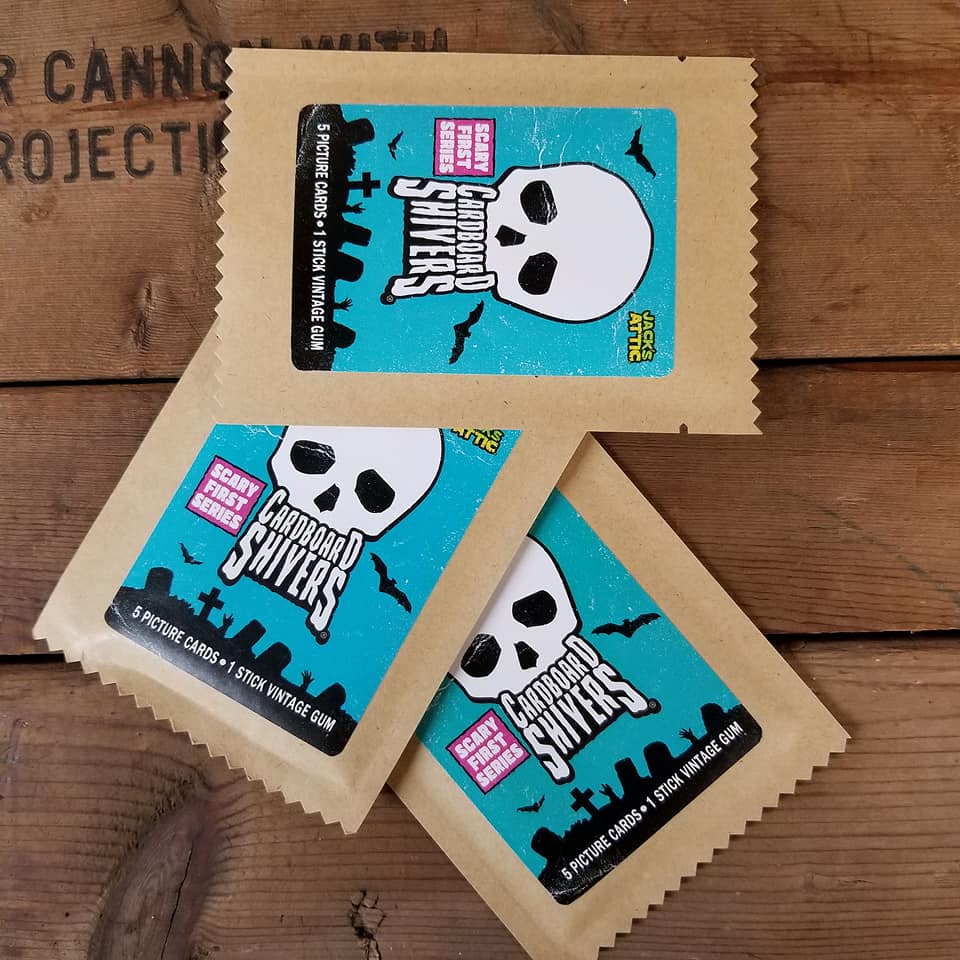 Each of the five picture cards in Series 1 comes printed on thick throwback style stock and have the feel and look of trading cards that were around in the 1980s (each card is designed with a heavily worn with a non-mint look). In addition to this, once you rip open a pack of Cardboard Shivers you’ll notice each card is adorned with a bubblegum scent that is bound to bring back memories of your youth. 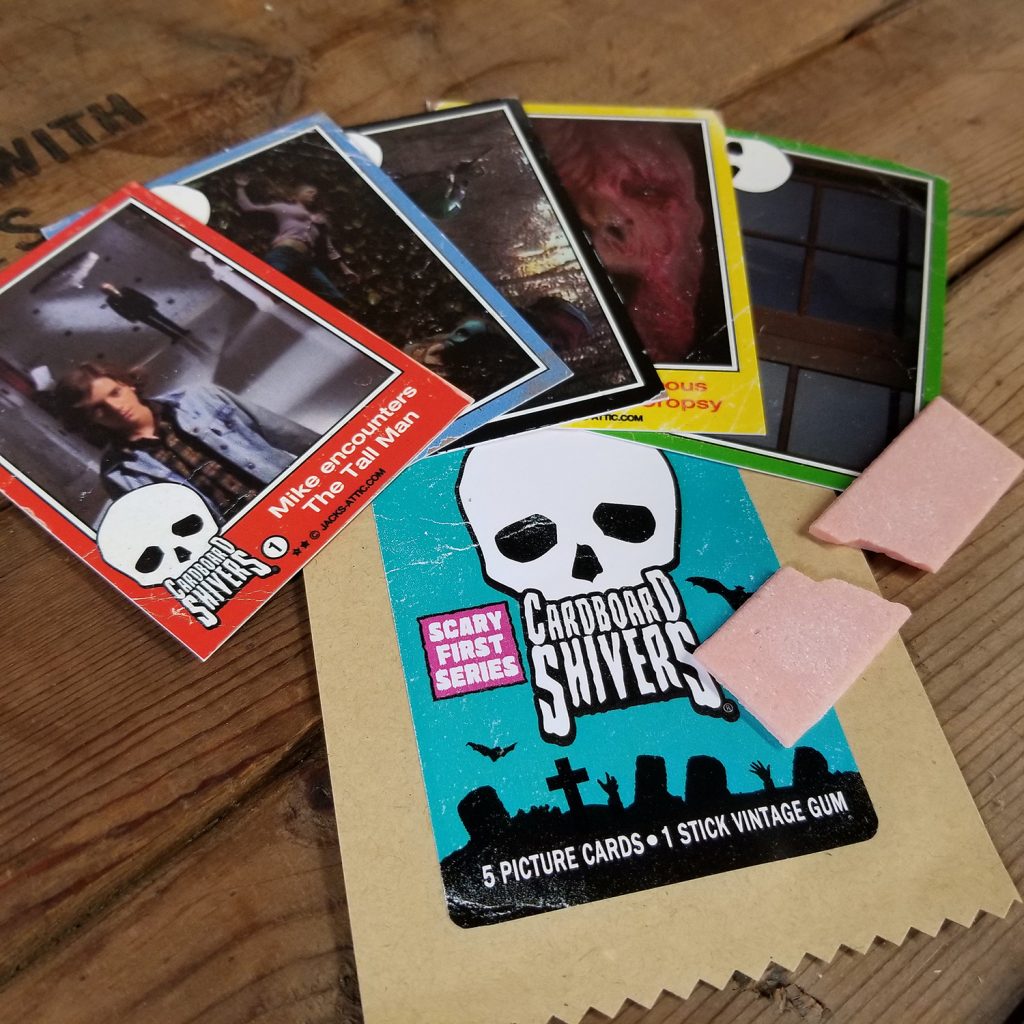 The first five cards in this retro inspired set include images from films Phantasm, Behind the Mask: The Rise of Leslie Vernon, The Blair Witch Project, The Burning and John Carpenter’s ghost story masterpiece The Fog. The back side of each card features “Frightful Facts and Terrifying Trivia” which includes a collection of little known information about each film (for example: Phantasm – All the Tall man’s minions were played by children). 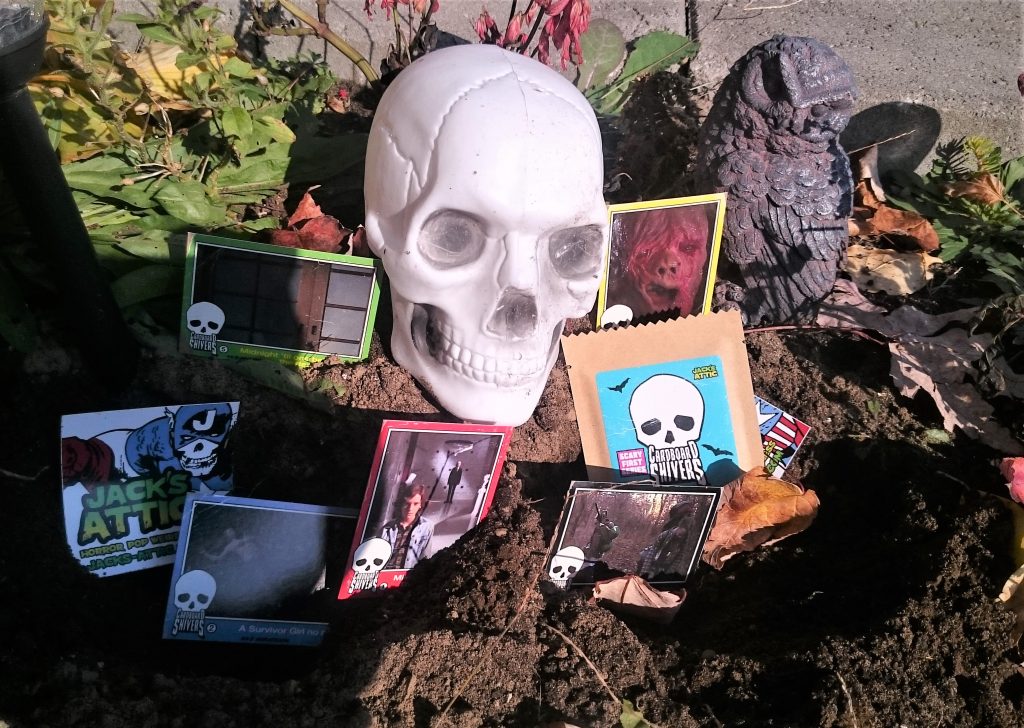 Magnus has mentioned that he intends to add many more additions to the Cardboard Shivers series in the near future, with the next series possibly dropping  in time for Christmas. These of course would make great holiday gift ideas for any hard to buy for horror fan, as you won’t find them in retail stores.
Price: $6.00 USD a package. 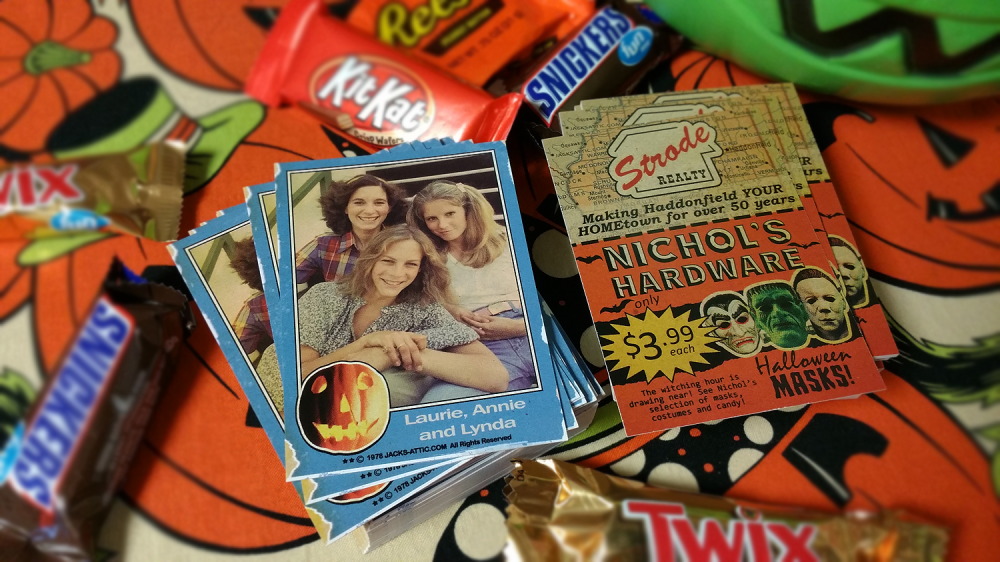 Also, check out these other three horror collectible cards that were released prior to the Cardboard Shivers sets. These cards include 1978 HALLOWEEN TRADING CARD – featuring the women of the original movie and a mock magazine ad on the back. THE PUMPKIN EATERS TRADING CARD – these cards were originally issued as a giveaway for the now defunct W-ART radio station out of Wellsville, featuring the infamous Pumpkin Eaters on the front, the back of the card highlights the classic Krebstar 3000 Eviscerator. And finally THE SOUTH BEND SHOVEL SLAYER TRADING CARD – This card is based on the fictional killer in the Christmas classic HOME ALONE and comes to live with an illustration of the killer caught in the act (guaranteed to send chills down your spine).  Each of these three separate cards are sold individually for $1 USD each.