It’s a dead person’s “#FLOAT” next month; trailer and poster

There are plenty of watery graves ahead in the new supernatural slasher film.

XYZ Films will bring #FLOAT to VOD and digital platforms December 9. The directorial debut of producer Zac Locke (THE VOYEURS, BLACK CHRISTMAS), which he also scripted, it stars Kaya Coleman, Scarlett Sperduto, Grant Morningstar, Kate Mayhew, Matt Wise and Christina Nguyen. The synopsis: “Young, beautiful and full of life, vlogger Kali [Coleman] and her friends are heading to the river for their annual float, but it’s the first time since their friend overdosed and drowned last year. Their partying turns deadly as a sinister paranormal force plunges them into a life and death struggle forcing them to face their own fears as they turn on each other–and proceed to die one by one.” 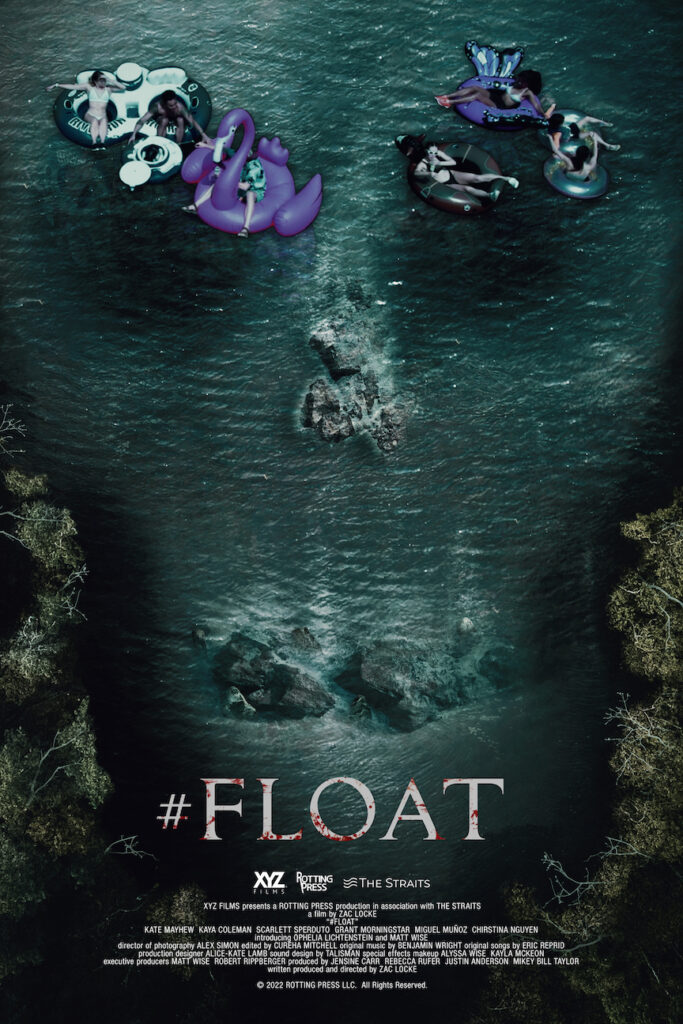