Talent from both behind and in front of the camera from classic Italohorror have come together for EVERYBLOODY’S END, and you can see the latest trailer and poster after the jump.

Recently screened at the Sitges Film Festival and next headed for Berlin’s European Film Market in late February, EVERYBLOODY’S END was directed by Claudio Lattanzi (KILLING BIRDS) from a script by Antonio Tentori (A CAT IN THE BRAIN). The cast is headed by Cinzia Monreale (THE BEYOND, BEYOND THE DARKNESS), Giovanni Lombardo Radice (a.k.a. John Morghen, from CANNIBAL FEROX and CITY OF THE LIVING DEAD), Marina Loi (ZOMBI 3, DEMONS 2), Veronica Urban, Lorenzo Lepori, Nina Orlandi and Francesca Orsini, with production design by M. Antonello Geleng (CANNIBAL HOLOCAUST, THE STENDHAL SYNDROME) and makeup effects by Sergio Stivaletti (CEMETERY MAN, WAX MASK, MOTHER OF TEARS). The synopsis: “In a dungeon, five people struggle for their survival: three women, Bionda, Nera and Rossa, a theologian and a young doctor. Outside this hideout reigns the Apocalypse. The Evil has been generated by a patient zero and a group of former soldiers, ‘The Exterminators,’ crucify any person they meet to find the source of this evil. Are the five people really safe in that place or is there something they don’t actually know?” 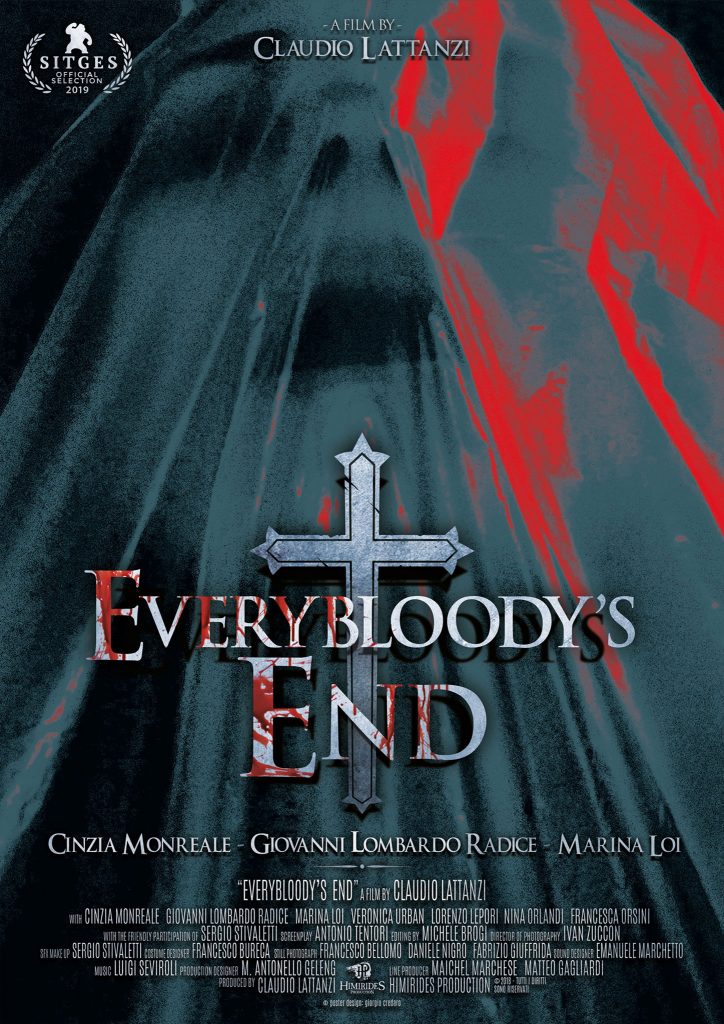