Is horror/comedy “TWO HEADS CREEK” better than one? Check out the trailer and poster

The UK/Australian horror/comedy is coming to North America this summer.

The Horror Collective has announced its June 23 release of TWO HEADS CREEK on VOD and digital platforms. The film was directed by Jesse O’Brien from a script by Jordan Waller, who also stars with Kathryn Wilder, Kerry Armstrong, Stephen Hunter, Gary Sweet (WOLF CREEK), Don Bridges, Kevin Harrington and Helen Dallimore. The synopsis: “A timid butcher and his drama-queen twin sister adventure to Australia in search of their birth mother, but the seemingly tolerant townsfolk are hiding a dark, meaty secret.” You can follow TWO HEADS CREEK at its official website. 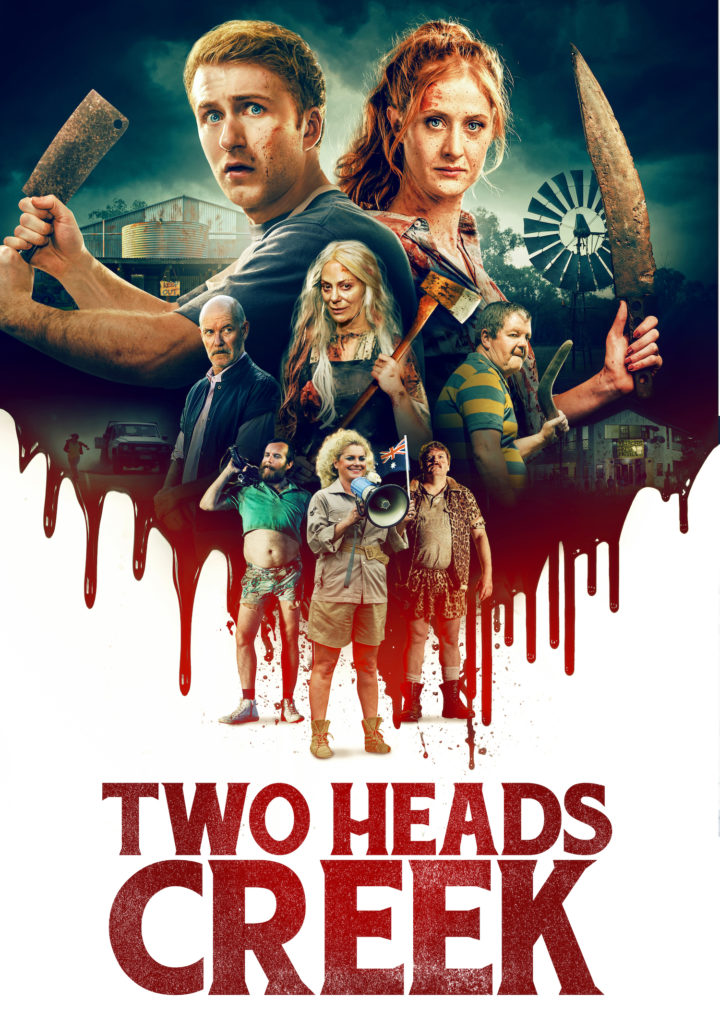