Los Angeles – Cinedigm announced that The Film Detective, the classic film restoration and streaming company, will release the late 1950s horror classic, THE BAT (1959), on special-edition Blu-ray and DVD, Oct. 25.

The predator has steel claws and rips his victims to shreds! But who is he? Vincent Price (House of Wax, The Last Man on Earth) thrills in this horror classic about a down­trodden country estate that becomes the site of a horrific murder. Agnes Moorehead (Bewitched, Hush … Hush, Sweet Charlotte) co-stars in this picture in one of her many commanding, on-screen performances. Other co-stars include Gavin Gordon (Murder by Invitation) and Darla Hood of the Our Gang comedies in her final film role.

Prolific writer/director Crane Wilbur (He Walked by Night, Crime Wave) helms this feature, alongside an impressive gallery of weirdos who are guaranteed to give you the creeps. Which of them is the mysterious killer known as “The Bat?” You’ll find out soon enough, but beware … the scream you hear may be your own!

THE BAT is a highly anticipated release from The Film Detective label. Presented at 1.85:1, this pristine print is beautifully restored from original 35mm archival elements and includes the host of bonus features that label fans have come to expect. Notably, the release includes nine archival radio re-broadcasts featuring the iconic Price in everything from the popular radio drama Suspense to a comedic performance for CBS Radio Workshop in Speaking of Cinderella. Presented in partnership with Retro Entertainment. 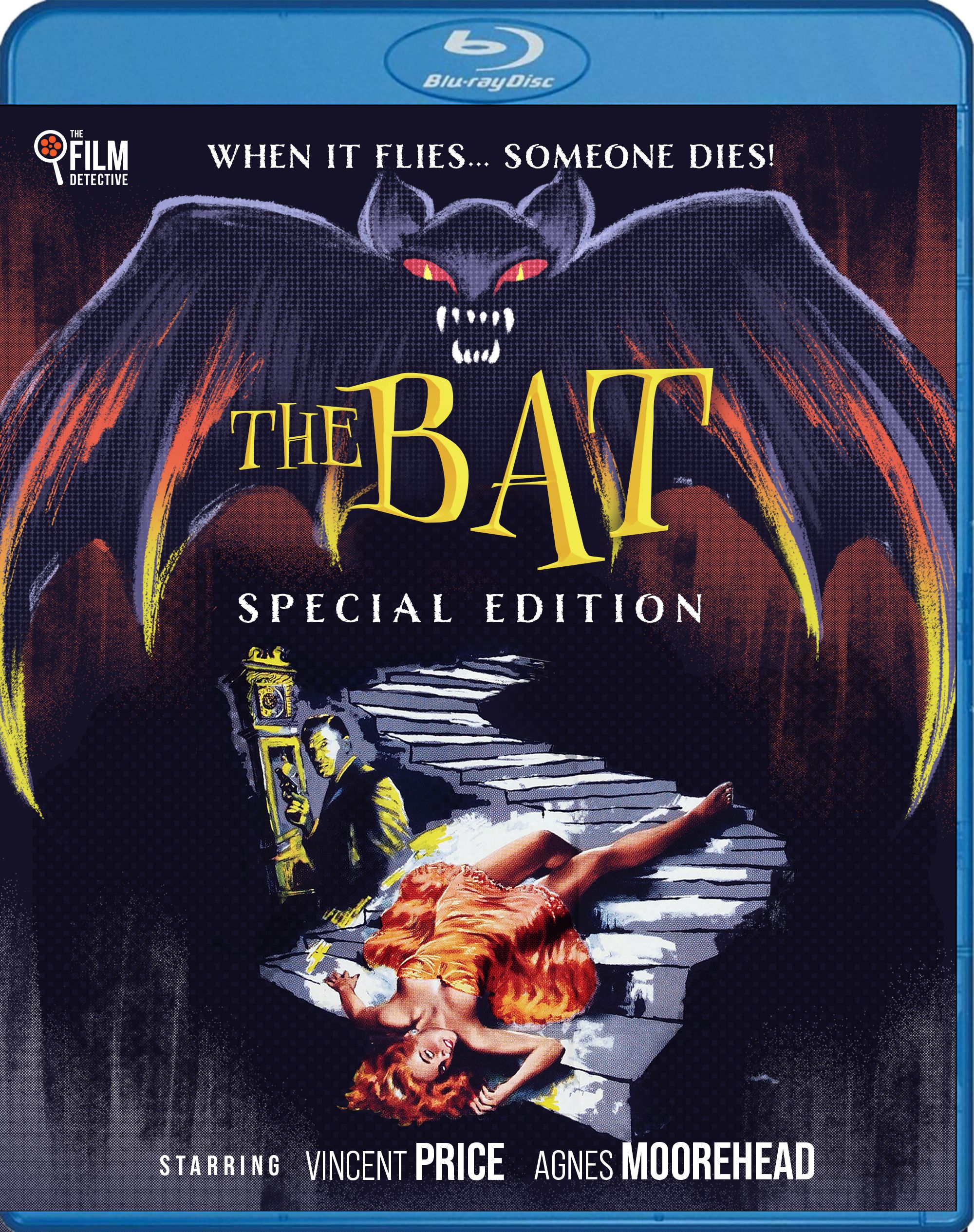