“Howl” and The Echo of “Little Red Riding Hood”

Grandma, what a big influence you have! The film HOWL directed, written by, and starring Michele Martin, is the most recent reimagining of the poem Little Red Riding Hood and the Wolf by Roald Dahl. By extension – it is also a reimagination of the fairy tale Little Red Riding Hood itself. Little Red Riding Hood is a tale that has been frequently associated with the terrifying. A little girl in a red cloak versus a ferocious man-eating wolf are rarely odds we like. Is that what makes this story remain so bone-chilling?

HOWL follows a young woman named Carolyn (Michele Martin) who writes in a diary under the name Dulcina. Carolyn is depicted as suffering from an unnamed mental illness. While living in a sanitarium she attends frequent therapy sessions, all of which end with her recalling a memory of the dark woods near her grandmother’s house. Soon after Carolyn’s most recent encounter with the cognitive woods – she decides to leave the sanitarium to physically look after her grandmother’s house for a month and face her inner demons. From this point on it’s unclear whether the events are diary entries or reality.

Upon travelling to the house deep in the woods, Dulcina is immediately approached by a man asking if she’s lost. She expectedly replies “no, I’m heading to my grandmother’s house.” The man warns her that “you won’t be able to come back until the winter is over,” and that the last people who went into the woods didn’t come out because “the animals got to them.” Immediately thwarting her plan of a month-long stay, solidifying a fear of wolves – and trapping HOWL’s Red in the woods. There she meets Ulf (Scott Hamm), our huntsman character, and learns how far she can give into ferality. HOWL thoroughly explores the theme of “the wolf inside all of us” from Little Red Riding Hood which unfortunately was all I enjoyed about this film. The influences are there, however, there is too heavy a reliance on them. HOWL is undeniably picking up on themes associated with Little Red Riding Hood but it fails to expand or use them to enhance the new narrative being told.

We like a Red Riding Hood that can win. Roald Dahl’s poem  Little Red Riding Hood and the Wolf is a notable contemporary version of the story in which Red vanquishes the wolf on her own. Once Red learns that the wolf is indeed not her sick grandmother, she picks up a gun and shoots him – no huntsman needed. She then proceeds to wear his fur as a new cloak, signaling that she is not the innocent prey that the wolf assumed. An older version of the tale titled The Story of Grandmother also includes Red evading the wolf. Instead of killing him, Red excuses herself into the woods to pee, and instead of returning inside runs home before the wolf notices how long she’s been gone. 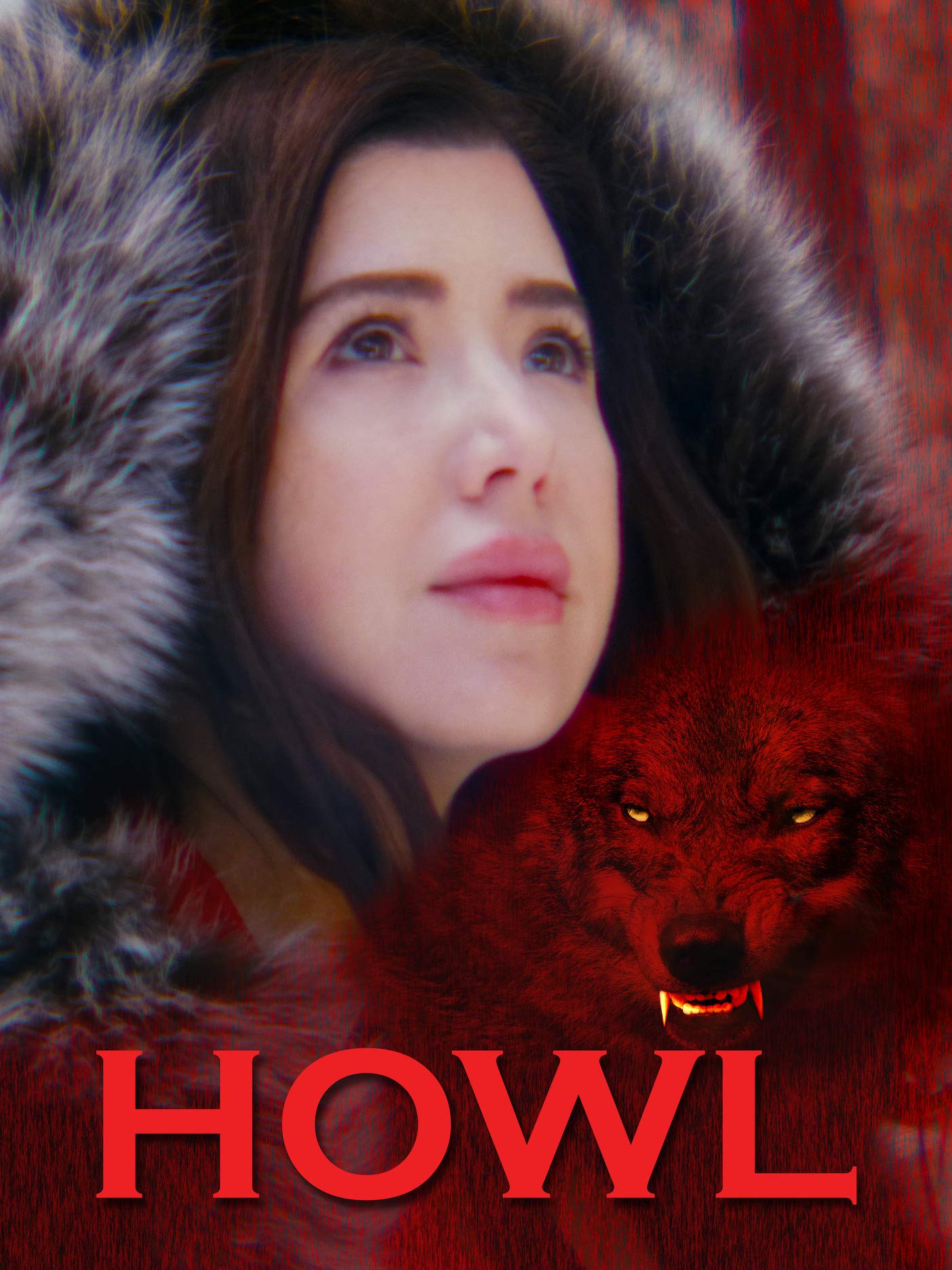 Martin has picked up on this deliciously in HOWL. During her first night at the house, she’s attacked by her vivid dreams. They depict a young Dulcina in bed, then a current Dulcina unconscious with a pair of bloody garden shears in her hand – foreshadowing of this Red’s hidden monstrous nature. The film continues on to Dulcina’s day-to-day. She’s depicted trimming the roses outside the house with those same shears, all while the camera cuts to an ominous figure watching her from the openings between the trees. Her dreams frequently return to bloody deaths while depicting Dulcina as a young girl covered in a wolf-like cloak, as if to protect her. The dreams escalate to a red-eyed wolf preying on her in the woods. The connotations of Little Red Riding Hood imagery and themes are easily recognizable – but I feel they could have been used more effectively. What does using the fairy tale as shorthand add to Dulcina’s narrative other than evoking deep-rooted cultural fright?

While the immediate plot does not mirror the fairy tale, allusions to Little Red Riding Hood are used as an effective shorthand throughout the film. HOWL is littered with red. The overuse of the colour depicts an undeniable connection to Little Red Riding Hood and its warnings for “children, especially attractive, well-bred young ladies, [who] should never talk to strangers, for if they should do so, they may well provide dinner for a wolf.” It’s the association with the fear of wolves gobbling up young innocent girls that enacts terror in HOWL. Rather than Dulcina’s invasive dreams, childhood memories, and isolation, HOWL’s most effective use of terror is through utilizing a fairy tale that has consistently made our skin crawl.

In HOWL we’re flooded with stark images of blood on the ground, roses in a snow-covered forest, and gaping wounds. Red is blood and passion as early as Dulcina’s first scene in therapy. In Little Red Riding Hood her red cloak individualizes her, making her a target. The constant stream of red in HOWL utilizes this connotation but also subverts it. However, in her dreams Dulcina dawns a wolf-fur cloak, showing that she is a force to be reckoned with. Our minds quickly go to the little girl who’s winning against a big bad wolf.

By the end of the film, Dulcina comes face to face with her father (Kenny Johnson) from her dreams. Suddenly she’s covered in blood, and there’s a dead body on the ground. Her father looks down to tell her “you little girl…are a wolf,” before revealing himself to be one too. What he means is that Dulcina is holding back from facing her memories and true nature that she keeps remembering in her dreams. It’s immediately revealed that she is the killer and every dream she’s been having of mutilated bodies, bloody weapons have been her own doing.

The screen goes black and we’re back in a therapist’s office once again. Kalysa (Nija Okoro), the new therapist, commends Carolyn on using her character Dulcina to work through her mental health issues and horrifying past. The act of telling the tale of Dulcina, an active mirroring of Little Red Riding Hood, helps Carolyn make sense of what has happened to her. Writing her fairy tale gives her agency, so much that she asserts that she is Dulcina. Little Red Riding Hood is a pliable tool to convey the horrific circumstances of Carolyn’s past, empowering her to tell her story.

So, why does this story consistently associate itself with the terrifying? My guess is that Little Red Riding Hood, like many fairy tales, is pliable enough to be interpreted in various different ways. The wolf can be an animal, a werewolf, a sexual predator. Red can be a naive young girl, a clever teenager, a woman looking for answers, or a killer herself. The possibilities are endless in the sense that the tale’s core power struggle between these two characters can be seen in many forms – and each form is as unsettling as the last.