Programmers have been hard at work concocting ways to deliver the horror festival experience to our homes this year, but what would happen if five festivals came together with their own flavors and textures to create something extra tasty? That’s just what Justin Timms had in mind for the Nightstream Festival, which combined the Brooklyn Horror Film Festival, North Bend Film Fest, Overlook Film Festival, Popcorn Frights Film Festival, and Boston Underground Film Festival (BUFF) into a single online experience last October 8-11.

According to Timms, the idea came together to keep from crossing purposes with other festivals also trying to navigate programming during a pandemic. It also provided a means for filmmakers to get the biggest bang for their buck in terms of premiering films in a digital platform.

“I don’t think, if I had a movie, that I would want to play it at five different virtual festivals while I’m trying to get distribution or something like that,” he explains. “But if it’s one festival and [the filmmaker is thinking], ‘OK I’m going to reach five different audiences in five cities, it’s going to have social media and everybody talking about my movie, and I only have to take the chance of going on one platform and doing one screening…’” that’s the kind of virtual event that filmmakers and studios could get behind. 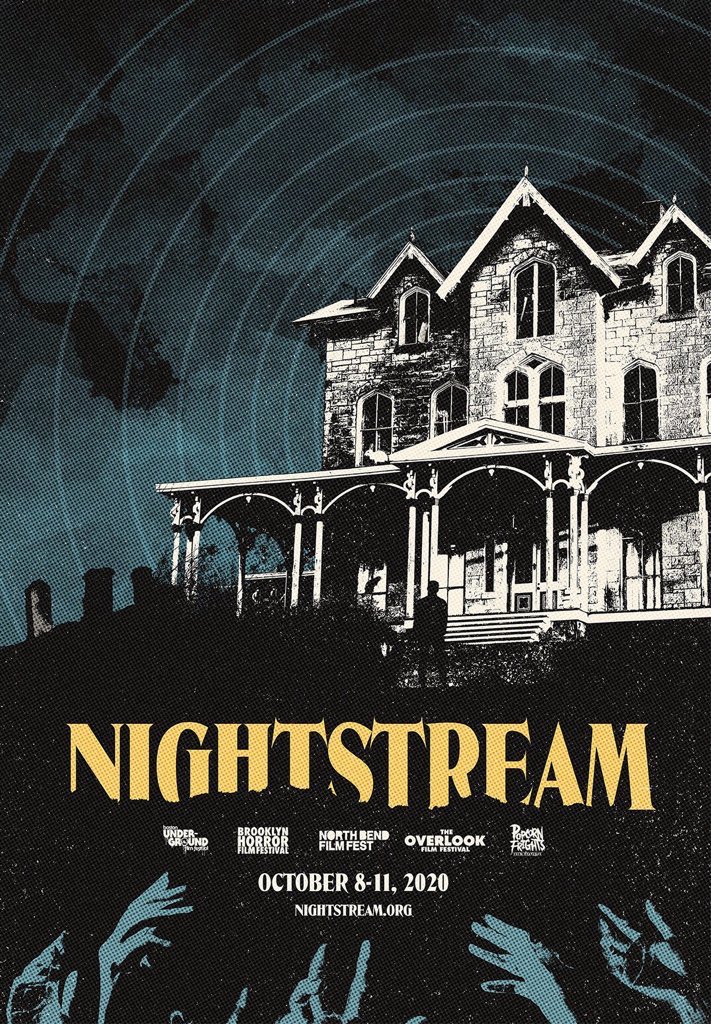 BUFF director Nicole McControversy recalls being among the first to collaborate on Nightstream:

“I have to say, I’ve heard nightmares of other programming teams that are large and some of the battles, so with this large team I was nervous,” she recalls. “But it wasn’t like that at all. Everyone is very in the spirit of ‘let’s collaborate, let’s have a consensus.’”

Rather than burden filmmakers with resubmitting their work, the Nightstream team reached a consensus on the feature slate based on films that had already been submitted to the individual festivals. Those films then got credited as selections from each of the festivals involved.

The resulting program made for a diverse menu, where studio-backed fare like Hulu’s Run and Momentum’s Black Bear played along side truly independent productions like Jesse Blanchard’s Frank and Zed, a Kickstarter-funded project seven years in the making featuring two monsters defending themselves against a group of irate villagers. Oh, and did I mention the film is shot entirely with puppets?

On top of the feature slate and various special events, each festival had an opportunity to incorporate their own unique tastes to the mix by curating their own short horror film programs. Several presented batches of films local to their respective events, with BUFF serving “The Dunwich Horrors: New England Shorts,” Brooklyn Horror Fest throwing in a side of “Home Invasion: NYC Horror Shorts,” and Popcorn Frights washing things down with a splash of citrus via “Homegrown: 100% Pure Fresh Squeezed Florida Horror.”

Ultimately, filmmakers and audiences alike seem to be happy with the way the menu came together. And since any great restaurant needs a bar, McControversy recounts being able to personally hype her favorite films directly to attendees through Gather, the online virtual bar that was so successful it even caught the eye of other festival programmers, including Fantasia’s Mitch Davis.

“Nightstream did something absolutely brilliant with Gather, which is kind of a social tool that gives you 8-bit animation and allows people to talk as if they were in a chat room. But if they move their characters close enough to other characters, they get video so they can use camera and voice. It’s amazing, and it recreated the bar experience to a point far better than anything that existed to our knowledge [when we ran our festival] in August.”

Timms thinks some virtual element is likely to be part of the festival circuit post-COVID as audiences will likely be hesitant to convene even once the pandemic is under control, but it’s still too early to know if Nightstream will be back in its full form next year. However, even if Nightstream winds up just being a one-time pop-up, it proved that a few extra, well-placed cooks in the kitchen can make for one hell of a meal.