Hollywood Suite has October covered with a stacked schedule of classic flicks and the exclusive Canadian broadcast premiere of the highly anticipated SLASHER: FLESH & BLOOD, with new episodes, airing every Monday. If waiting is just too much to bear, Hollywood Suite and Shaftesbury are hosting a sneak preview at the Ontario Place Drive-In in late September! Read on for full details.

Hollywood Suite kicks off a full month of haunting horror films and bone-chilling thrillers this October with the exclusive Canadian broadcast premiere of horror anthology series SLASHER: FLESH & BLOOD on October 4. The fourth season, starring horror legend David Cronenberg (The Fly, Videodrome), will roll out with two new episodes airing each Monday in October at 9pm ET on Hollywood Suite’s 2000s channel. Episodes will be available on Hollywood Suite On Demand the Wednesday following their premiere. In addition to the broadcast premiere in October, Hollywood Suite and Shaftesbury will host an invite-only sneak preview at the Ontario Place drive-in in late September.

The new season of SLASHER follows a wealthy, dysfunctional family that gathers for a reunion on a secluded island only to learn they will be pitted against one another in a cruel game of life and death, all while being stalked by a mysterious masked killer. The eight-episode event series features cast members from previous installments including Paula Brancati (Dark Oracle), Jefferson Brown (Carrie), Patrice Goodman (Sunnyside), Sabrina Grdevich (A. I. Artificial Intelligence), and Christopher Jacot (Going the Distance). Joining the cast this season are Rachael Crawford (Heartland), Jeananne Goosen (The Walking Dead), Sydney Meyer (Departure) and Alex Ozerov (The Americans).

“The SLASHER franchise has built a loyal fanbase of devoted horror fans, and we are thrilled to bring the incredible fourth season to Canadian audiences to kick off our month-long celebration of premium horror fare,” says Sharon Stevens, Vice President, Programming at Hollywood Suite. 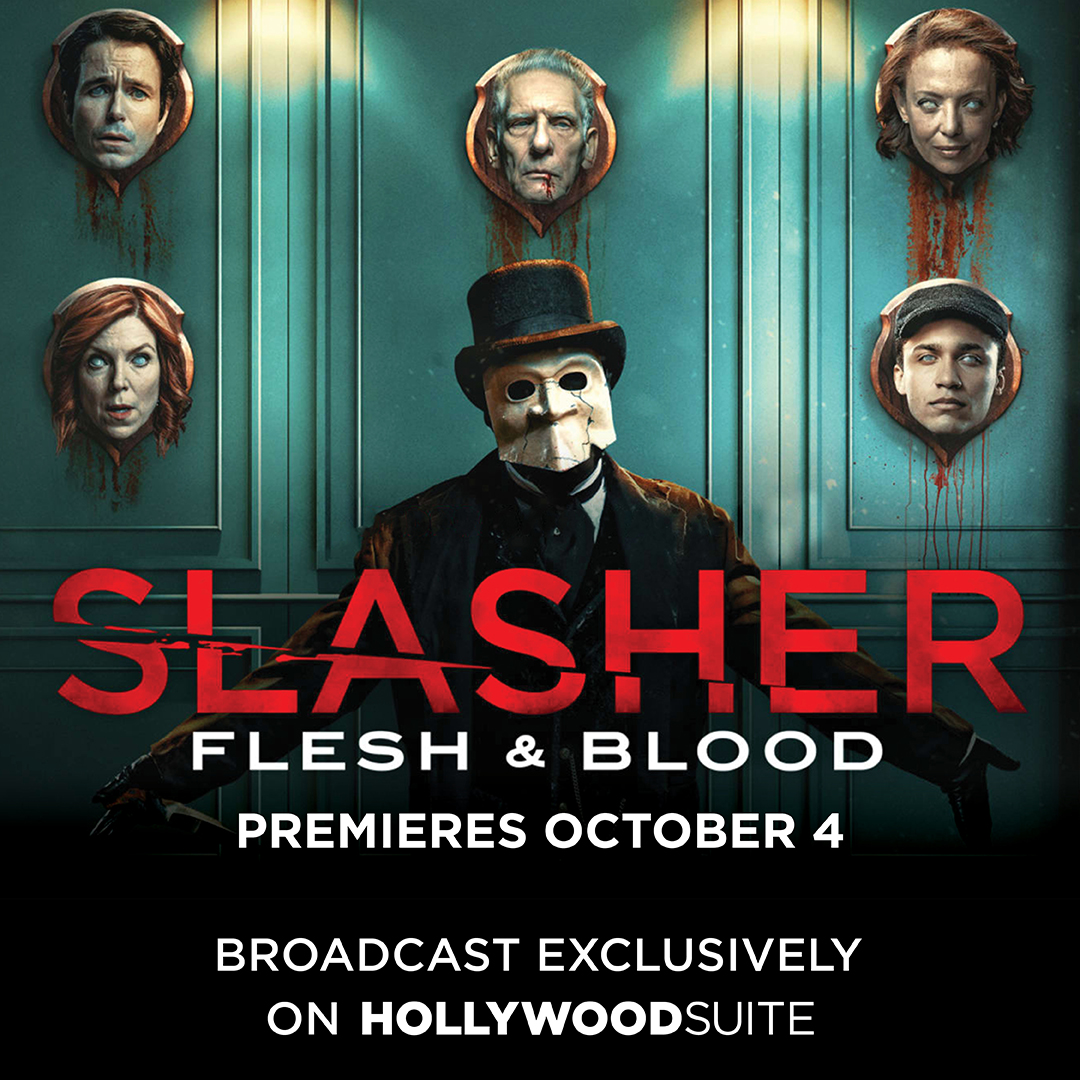