HGB Entertainment Ltd. Has partnered with Modern Harmonics/Sundazed Music to produce and release the soundtrack for “Herschell Gordon Lewis’ BLOODMANIA.” The musical score was composed by Timothy Fife. Fife’s darkwave synthcore exploits can be found in his solo work as well as his sountrack work on The Streets Run Red (2017), Grindsploitation (2016), The Ungovernable Force (2015), Murder University (2012), and (who could forget?) 2014’s Honky Holocaust!

Hard rock tunes are provided by Horror rockers “Forbidden Dimension” and “Lemon Djinn.” A handful of other blunt objects help expedite exploration of the afterlife including “Gory Story” featuring a wonderfully odd vocal by Herschell Gordon Lewis himself! As with man Modern Harmonics soundtracks, the journey is propelled by a sprinkling of dialog from beyond the grave found on the cutting room floor.

The link to purchase is: https://ffm.to/bloodmania 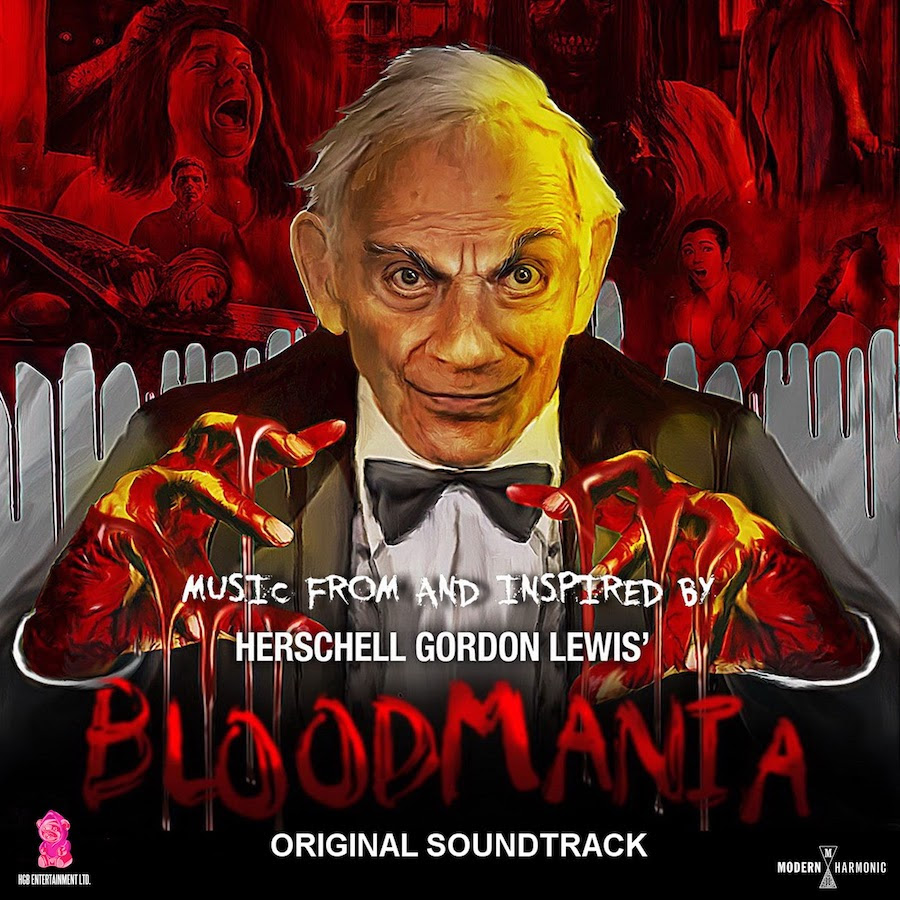