A favorite of critics and Pedro Almodóvar, it will soon see its widest exposure yet.

Altered Innocence has announced a December 21 North American VOD date for ARREBATO (RAPTURE), a 4K restoration of Spanish writer/director Iván Zulueta’s 1979 feature. It was the final film by Zulueta, a cult auteur and poster designer, and stars Eusebio Poncela, Cecilia Roth, Will More, Marta Fernández Muro, Helena Fernán-Gómez, Carmen Giralt and Max Madera. The synopsis: “Horror movie director José [Poncela] is adrift in a sea of doubt and drugs. As his belated second feature nears completion, his reclusive bubble is popped by two events: a sudden reappearance from an ex-girlfriend and a package from past acquaintance Pedro [More]: a reel of Super-8 film, an audiotape, and a door key. From there, the boundaries of time, space, and sexuality are erased as José is once more sucked into Pedro’s vampiric orbit. Together, they attempt the ultimate hallucinogenic catharsis through a moebius strip of filming and being filmed.”

ARREBATO will be available on iTunes, Amazon, Google Play and Vimeo, and will be released on DVD and Blu-ray January 25. See our interview with film historian Michael Frost, who performed a complete retranslation of the movie for this new release, here. 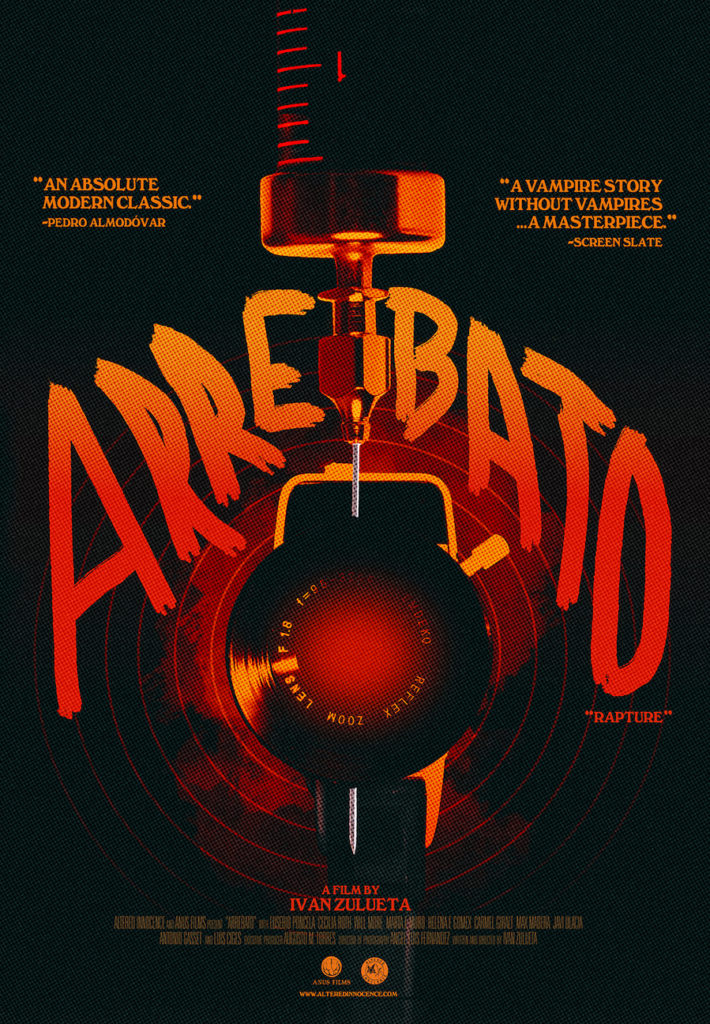