For those who could bear the wait, the nearly four-decades-in-the-making animal-attack flick has finally been finished, and will be widely visible next month.

Gravitas Ventures has announced a January 8, 2021 release to select theaters and VOD for GRIZZLY II: REVENGE, an in-name-only sequel to William Girdler’s 1976 hit GRIZZLY. Also known as GRIZZLY II: THE CONCERT and GRIZZLY II: THE PREDATOR, it was originally filmed in 1983 and has circulated on video in workprint form since. André Szöts directed from a screenplay by David Sheldon (who co-wrote and co-produced the original) and his wife Joan McCall (the ’76 movie’s female lead); executive producer Joseph Proctor reportedly vanished with the film’s remaining budget before climactic scenes featuring a giant bear mockup could be filmed.

GRIZZLY II has finally been fully restored and completed, allowing fans to see its early appearances by George Clooney, Laura Dern and Charlie Sheen. The stars are Steven Inwood, Louise Fletcher, Deborah Raffin, John Rhys-Davies and Deborah Foreman; the synopsis: “All hell breaks loose when a 15-foot grizzly bear, reacting to the slaughter of her cub by poachers, seeks revenge and kills anyone that gets in her way. In the three days before the major concert, the gigantic grizzly has brutally attacked campers, a poacher and a park ranger. The terror doesn’t end there as the giant grizzly bear finds its way to the concert grounds to go on a killing spree.”

“GRIZZLY II is one of those true diamond-in-the-rough projects,” says Gravitas’ Nick Royak. “It is a gem unearthed from a different moment in film history and we could not be more excited to be part of its continued journey through decades of culture. We tip our hats to Suzanne C. Nagy, who did what any good producer would do and coaxed this film to its finish line.” 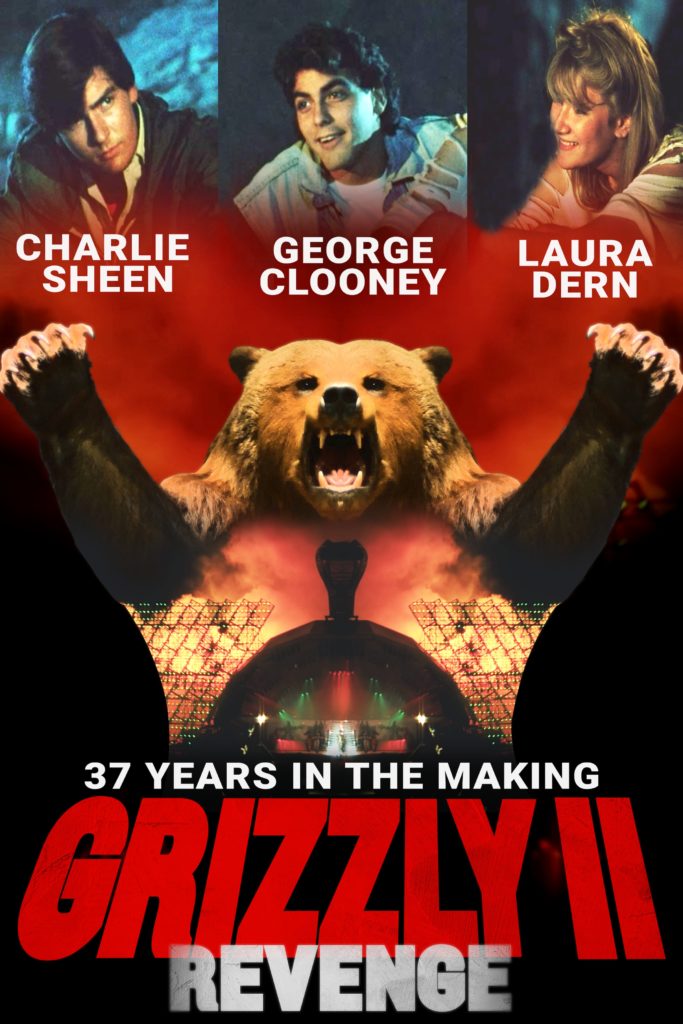