Grinch horror-parody “THE MEAN ONE” gets a trailer

The man behind Art the Clown is now perverting another figure of fun.

THE MEAN ONE, a horrific takeoff on a certain green-furred Christmas kid-lit character, is now set for release in U.S. theaters December 9 from Atlas Film Distribution. Directed by Steven LaMorte and written by Flip and Finn Kobler, it stars the TERRIFIER films’ David Howard Thornton, Krystle Martin, Chase Mullins, John Bigham, Erik Baker, Flip Kobler and Amy Schumacher.  The synopsis: “The Mean One [Thornton] is a hairy, green-skinned grump in a Santa suit, living on a mountain high above the town of Newville, despising the holiday season. Young Cindy You-Know-Who [Martin], whose parents were butchered by The Mean One 20 Christmases earlier, is returning to town to seek closure…but when the Mean One launches a new reign of terror that threatens to destroy Christmas, Cindy finds a bold new purpose–trapping and killing the monster.” 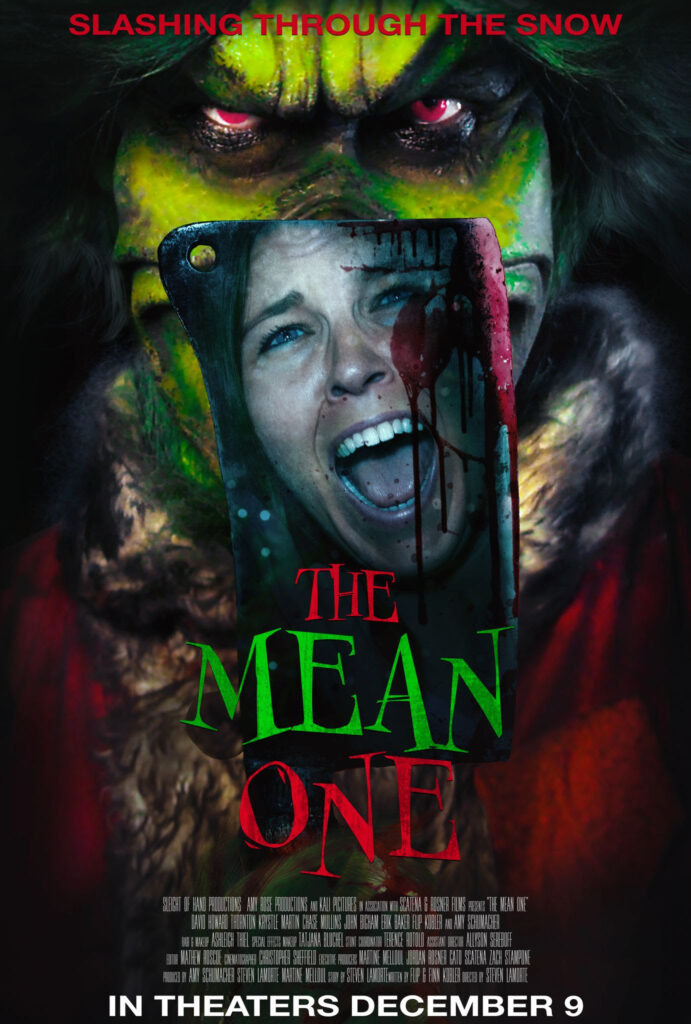