Go Down the Rabbit Hole With “Murder Death Koreatown”

I’ve always believed that any story can be competently told through found-footage by a skilled filmmaker, but it’s clear that the genre has certain unique strengths and weaknesses. After all, stories featuring shifting points of view and down-to-earth setups can be greatly enhanced by the found-footage approach and its illusion of reality. It’s the mastery of these elements that makes the enigmatic MURDER DEATH KOREATOWN stand out as a memorable DIY thriller with quite a few surprises up its sleeve.

When I say ‘enigmatic,’ I’m not only referring to the central mystery that kicks off the narrative, but also the circumstances surrounding the production as well. Other than a label from the Unnamed Footage Festival, there’s no further information regarding cast, crew or even the director available anywhere. The movie was also preceded by an eerily believable viral marketing campaign, more than a little inspired by classic internet mysteries like Ted the Caver. In fact, I’d actually recommend that interested viewers check out the official backstory here before watching, as this extra material only enhances the experience. 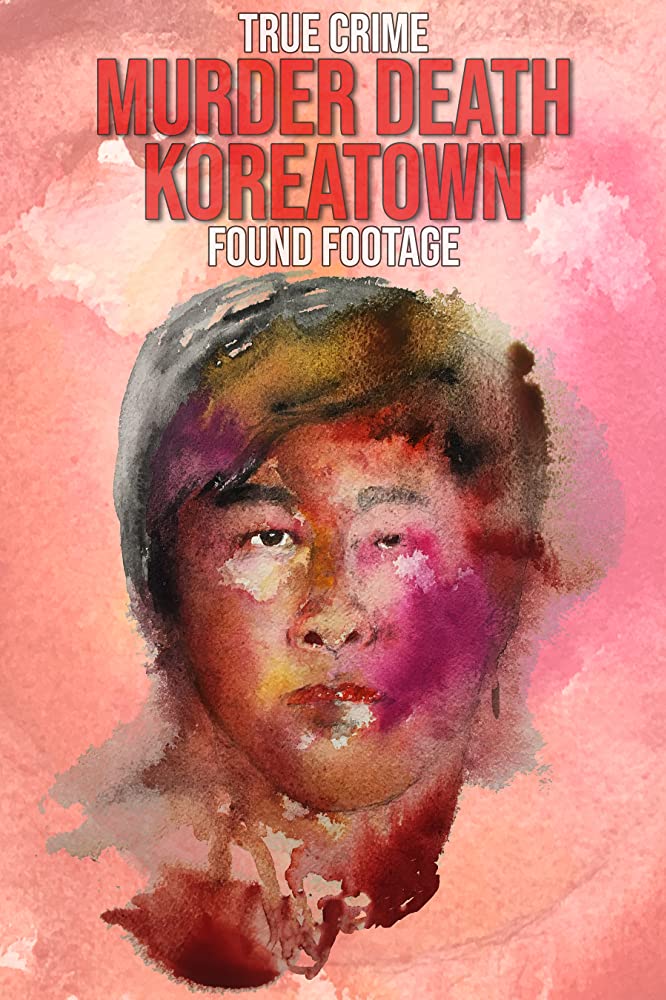 MURDER DEATH KOREATOWN chronicles an unnamed protagonist as he obsesses over a bizarre murder in his neighbourhood. Believing that he has uncovered a local conspiracy, this unfortunate young man goes down a terrifying rabbit hole of unexplained disappearances, furtive cults and even messages from beyond the grave, all at the expense of his personal life and sanity. As he spirals down this convoluted web of tenuously connected events, viewers are left with a surprisingly poignant depiction of a fragile mind being ravaged by conspiratorial thinking.

Putting aside the sensationalist marketing and presentation, the majority of the events depicted in the film are real, but portrayed from a fictionalized perspective, with the filmmakers attempting to weave these unrelated incidents together into a compelling tapestry of conspiracy theories and occult shenanigans. While this approach might not be for everyone, MURDER DEATH KOREATOWN is a truly inspiring take on low-budget cinema, creating something from virtually nothing, armed only with a camera and some good ideas.

The film itself is highly atmospheric, establishing mood and setting with gritty photography and the occasional use of an spooky soundtrack. During this ill-advised investigation, we’re immersed in a living, breathing depiction of the titular Koreatown, which is also populated by curious characters with their own idiosyncrasies that add to the believability. Unfortunately, the rag-tag nature of the production does lead to a few issues. Despite the brief runtime, the second act feels a little bloated, with the pacing only really picking up again towards the end. This is understandable, given the low production value and realistic setup, but the filmmakers’ commitment to believability ends up hurting the pacing, which might bother less patient viewers.

While it’s not perfect, MURDER DEATH KOREATOWN serves as a respectable breath of fresh air when compared to other recent found-footage outings. Featuring miraculously sympathetic characters and a conspiracy that feels a little too real for comfort, there’s a lot to enjoy here. There may be some questionable ethical decisions going on behind the scenes due to the use of real tragedies as a framing device for the story, but the narrative itself is expertly crafted for an ultimately entertaining ride.