By TIFFANY HEARSEY and JOHN LYNSKEY

The Phantasm films, spanning nearly four decades, boast blood spurting silver-orbs, carnage, and corpses. Writer/director Don Coscarelli conceived the otherworldly horror/sci-fi saga, introducing us to the Tall Man, the series’ antagonist, who first graced audiences with his moribund pallor in 1979, when he first hunted ice cream man, Reggie Bannister, and brothers Jody and Michael. With its all-white cast, Phantasm reflected the racial make-up of many horror movies. That all changed with the third installment, Phantasm III: Lord of the Dead (1994), when a Black female character upended horror movie genre and refused to surrender herself to a cinematic graveyard of sacrificial Black bodies. Rocky, played by Gloria Lynne Henry, made her debut wielding nunchucks and an androgenous crew-cut. 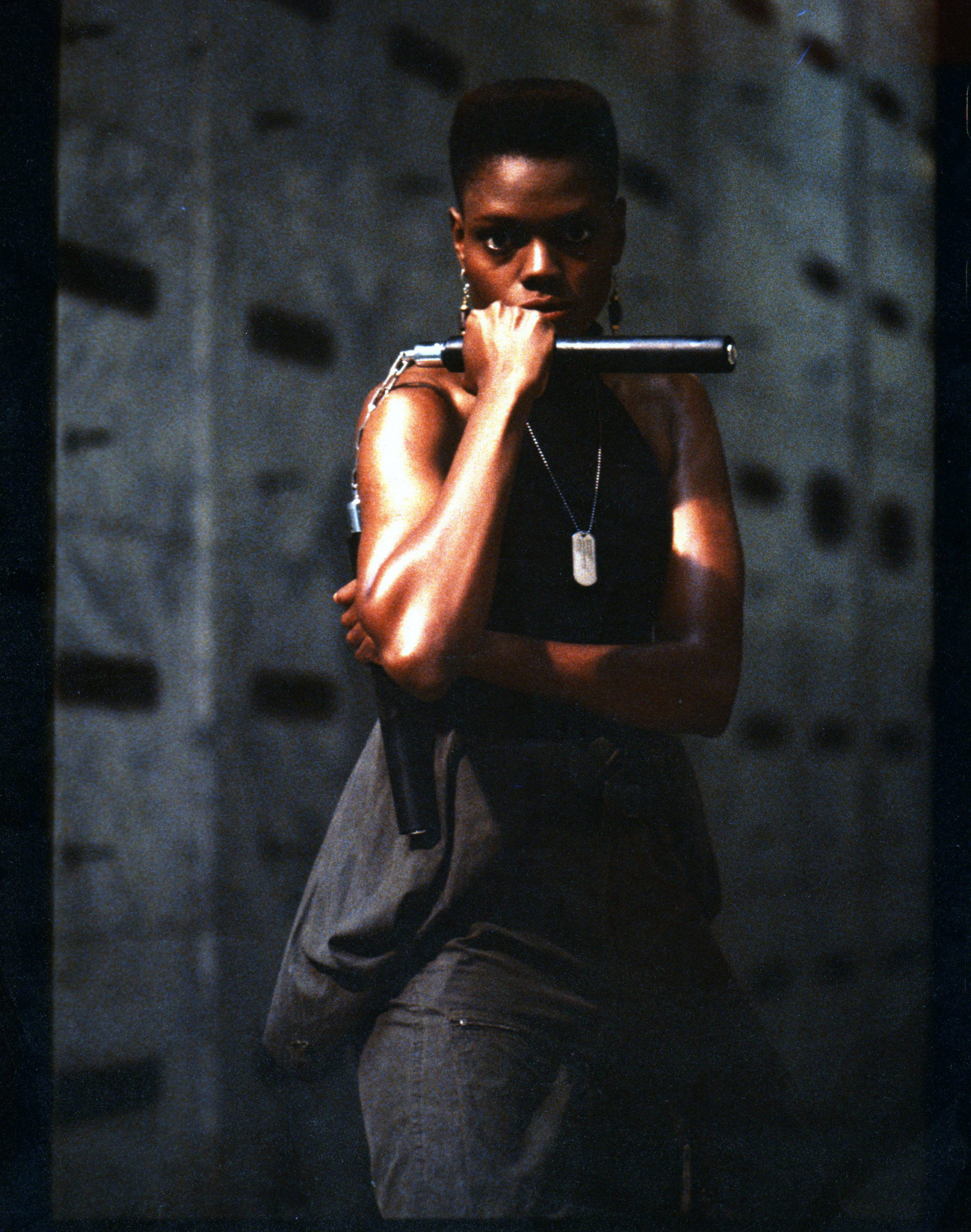 Speaking via video stream from her home in San Diego, California, Henry has swapped her signature look for purple and platinum blond twists. Nearly thirty years after she was cast as Rocky, Henry says of her character, whose very name connotes strength in a world on the verge of collapse, “She’s different because she’s not following the tradition of helpless female.” Henry crafted a cutting-edge character, one that is still gaining a cult following with a new generation of fans.

Henry made her acting debut at the age of 8 when she was cast in a play at a community theatre in her hometown of Detroit, Michigan. Henry says of the experience, “Of course, I played a little Black girl who had to sit at the foot of the steps of the plantation porch,” she recounts. However, she remembers fondly, “I just really liked the energy of instant gratification from the audience.” As an adult, she moved to Los Angeles to pursue acting. While there, she landed the role of Rocky in the third installment of the Phantasm series.

Henry recalls “channelling a female Wesley Snipes,” for her role as Rocky. In the film, her character joins forces with Reggie (Reggie Bannister), gun-toting boy Tim (Kevin Conners), and silver orb soul-trapped Jody (Bill Thornbury) as they search for Michael (A. Michael Baldwin) who’s been taken by the Tall Man (Angus Scrimm). Rocky is a military veteran, an antithesis to the army of the undead being amassed by the Tall Man to take over the world. On set, Henry challenged static representations of Black characters. When she breathed life into the fearless warrior, Henry sought agency and defied tropes, professionally and personally. 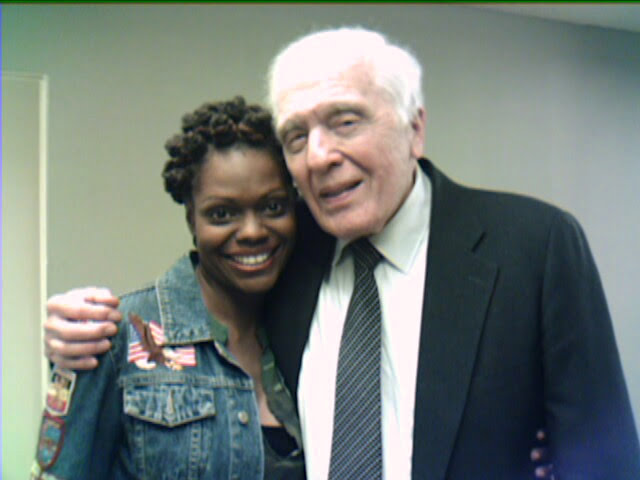 Henry recalls an interaction with Coscarelli where she changed the dialogue to better reflect her character’s equal footing with her male counterparts. In a scene where Reggie Bannister is being attacked by one of the Tall Man’s minions, Rocky confronts it with her nun chucks and says, “Yo bitch, hands off my boy!” Henry explains, “‘Originally the script said, ‘Hands off my man!’ so I told Don, ‘I can’t say my man because he’s not my man, but I can say my boy because he’s my ride-or-die.’”

In addition to creating a character who would not be relegated to a sidekick but rather an ally, Henry set her own boundaries. While shooting a sex scene between Rocky and Reggie, Henry asked Coscarelli to close the set in order to have privacy, to which he obliged. “I was really fortunate to have Don let me just do what I wanted to do,” she explains. The sex scene itself, Henry further elucidates, is not reality, but Reggie’s fantasy. Henry admires this decision on Coscarelli’s part, noting a consistent trope in movies of Black women being sexually exploited by white men. “I like the fact that, in the sex scene, it wasn’t a reality,” Henry says. “It was [Reggie’s] fantasy because of course in so many movies it’s ‘Let’s have the white man dominate a Black female doing doggie style.’” Henry speaks to a common trend in films where the Black female is objectified for sexual gratification and dehumanization.

The history of horror and racism goes back to the very founding of the medium. Black characters routinely were (and still are) subjected to dehumanizing roles. Common amongst these tropes are the so-called ‘sacrificial negros,’ who are killed to advance the storyline of their white counterparts. Of this, Henry asks, “Why do we have to be the sacrificial lambs?” And in a genre where too often women’s mutilated bodies are strewn about like meat-market confetti, Rocky is a Black character who thrives in destruction and carnage. She’s a ‘final girl’ who is unique amongst white survivors. Rocky refuses to offer herself up as a martyr for the cause of cinematic exploitation. 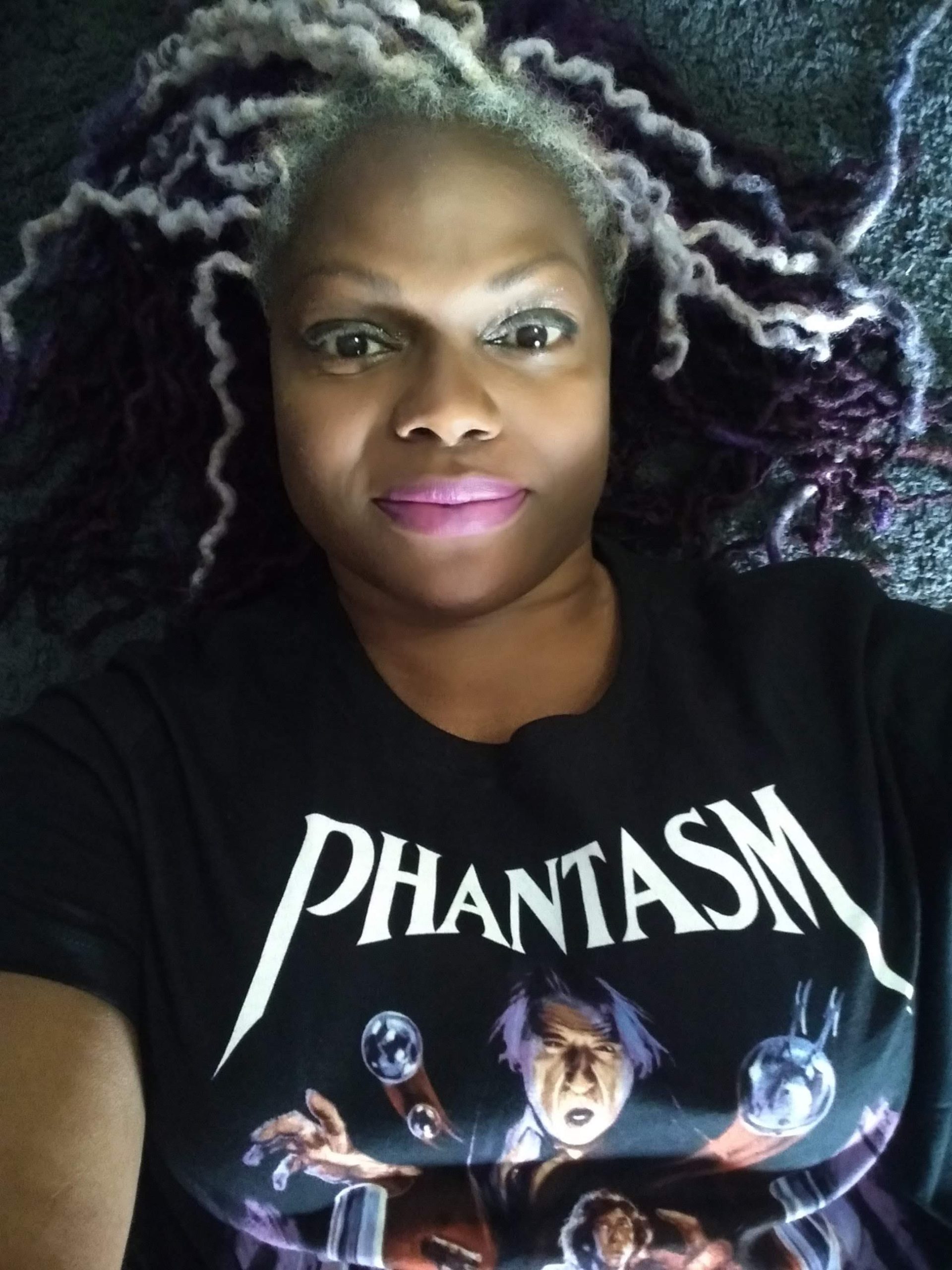 At an early screening of the film, Henry recalls the audience’s reaction to Rocky. “We went to a screening and afterwards they had a Q&A and they talked about my character. It was amazing how a lot of people said ‘Well, is she gonna die?’ They were saying ‘We don’t want her to die!’ And I thought ‘Yeah I don’t wanna die either!’”

Unfortunately, Henry’s role has generally received scant attention, which she believes is due in part to Phantasm III’s straight-to-video release, “People always talk about the Black person dying, but no one has ever talked about Rocky. It’s sad because [the film] didn’t go to the theatres. I think if it had, the whole myth of Black people dying first [in movies] would have totally been dispelled.”

Despite the straight to video release, Phantasm III and Rocky have managed to gain a devout cult following. “I have some fans who are just obsessed with this character—it has made them be more in control of their lives, it has helped their mental stability,” she says, full of emotion. “I have one fan who said it helped him not get bullied anymore because Rocky showed him how to stand-up.”

Rocky’s strength and refusal to surrender to the horrors of the Phantasm universe, as well as Henry’s determination to keep the character alive, has inspired fans across the world. “When I go to conventions,” she beams, “they just give me so much love and I just never knew that was possible and I will never stop signing autographs! Everyone who sings my name—I never get tired of someone singing my name.”

You can stream Phantasm III: Lord of the Dead on Shudder and Peacock.