Described as a “psychedelic thriller” that takes aim at the horrors of social-media obsession, the Glass Eye Pix and Dogfish Pictures production LIKE ME is headed for Stateside release next year. Read on for the details and to check out the poster.

LIKE ME, written and directed by Robert Mockler, had its world premiere at this year’s SXSW festival and will be released theatrically in January 2018 by Kino Lorber, which then sends it to VOD in March. The cast is headed by Addison Timlin (THE TOWN THAT DREADED SUNDOWN), Ian Nelson, Jeremy Gardner (THE BATTERY) and Glass Eye’s Larry Fessenden, who also produced with Mockler, Jenn Wexler, James Belfer and Jessalyn Abbott. The synopsis: “After posting a video of herself robbing a convenience store, Kiya [Timlin] amasses a huge social media following and goes on a crime spree propelled by social media broadcasts. In her quest for validation, she encounters a drifter, an Internet troll and a paint-huffing outsider who are all pulled into her circle of chaos, junk food and drugs.”

“We are thrilled to partner with Kino Lorber,” Mockler says. “I’ve long admired their diverse and adventurous taste as well as their deep passion for the history of cinema.” 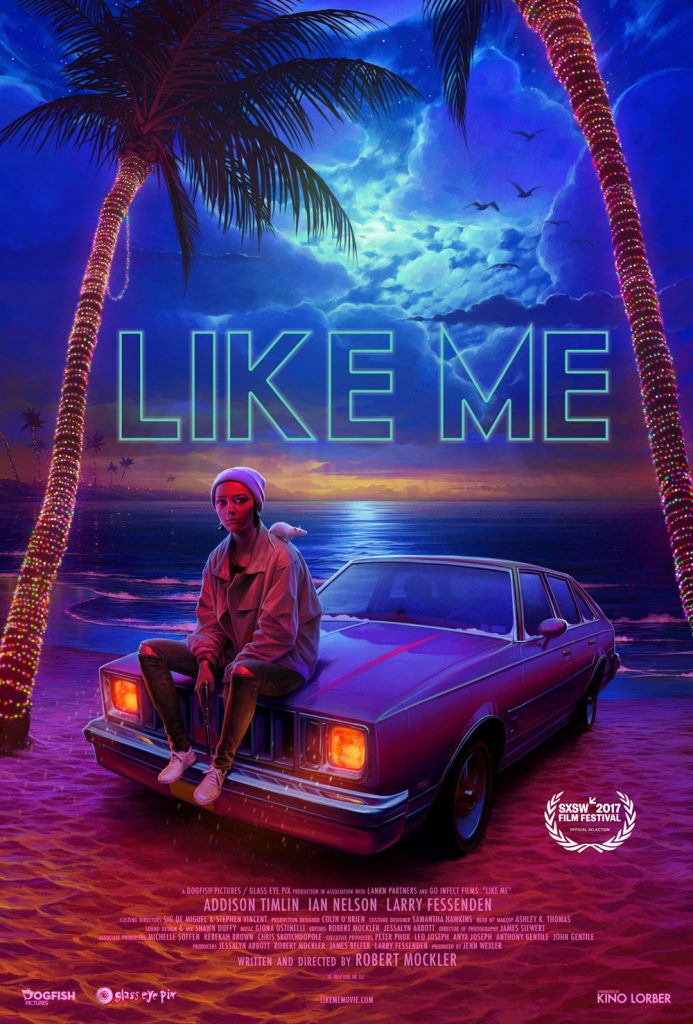