Get ready for “MID-CENTURY” shocks with Stephen Lang and Bruce Dern; trailer & poster

A house is haunted by the dead and the living in the chiller coming this summer.

Lionsgate will bring MID-CENTURY to select theaters, VOD and digital platforms June 17, with a Blu-ray and DVD release to follow on July 26. Directed by Sonja O’Hara (who won the Best Director prize for the film at this year’s L.A. Film Festival), from a script by Mike Stern (who produced and co-stars), it also features Shane West, Chelsea Gilligan, Sara Hay, Annapurna Sriram, Jon Park, Vanessa Estelle Williams, Emmy Perry, Stephen Lang (DON’T BREATHE) and legendary actor Bruce Dern. The synopsis: “Looking for a change one weekend, ER doctor Alice [Gilligan] and her husband, Tom [West], rent a glamorous mid-century modern home designed by architect Frederick Banner [Lang]. As they investigate the home, they learn that Banner and his two wives died mysteriously—yet their spirits are very much alive. As they meet Banner’s deranged son, they realize they must escape the home or succumb to its madness.” 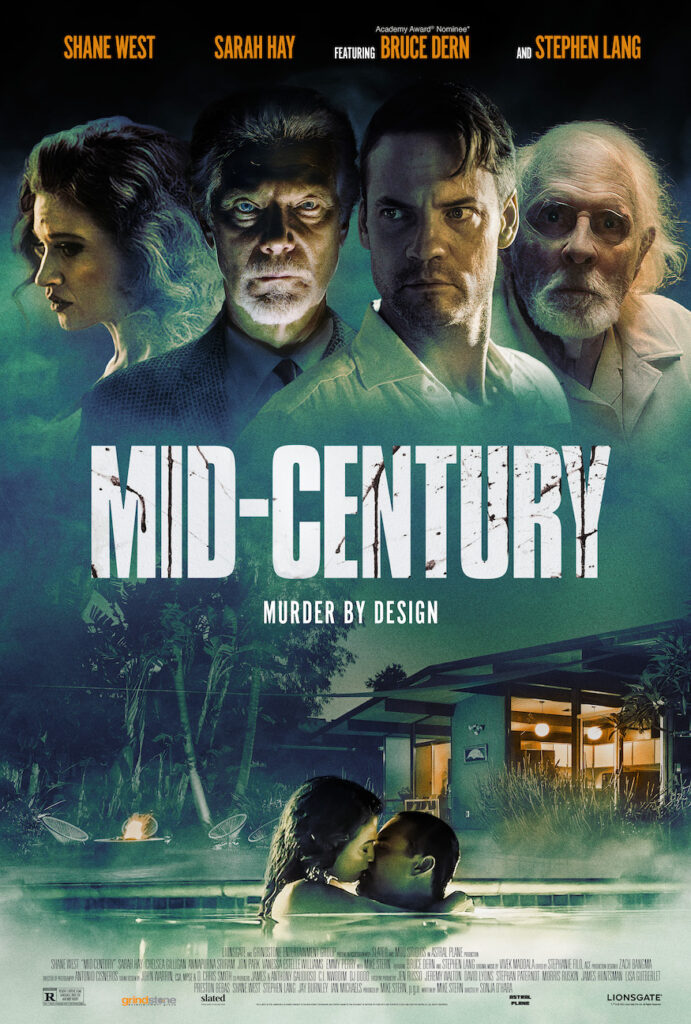