Though countless horror anthologies exist in the realms of film and television, it’s relatively untapped ground in the gaming space. Enter Ted Hentschke, longtime writer for fellow genre site Dread Central and editor-in-chief for the games-focused Dread XP. Calling on some of the most talented new and seasoned indie developers, the DREAD X COLLECTION is a 7-day game jam that serves up 10 varied, offbeat and even occasionally hilarious tales of trepidation, with a portion of every purchase supporting Doctors Without Borders.

Drawing inspiration from Hideo Kojima and Guillermo del Toro’s P.T. (Playable Teaser) from their cancelled SILENT HILL reboot, developers were tasked with creating a proof of concept for their next great horror project. Arguably the most influential horror title of the past decade, P.T.’s impact on the genre is immediately clear to anyone that’s devoted even as little as five minutes browsing the horror category on digital marketplaces such as Steam or itch.io. Hentschke was more than aware of the far-reaching effects of P.T., but also wary of derivative titles simply looking to emulate that game’s cyclical yet unpredictable elements or visual style.

Instead, the games in the DREAD X COLLECTION are assorted, thoroughly enjoyable jumping-off points for these creators’ deranged ideas brought together by an overarching narrative that leaves enough of a blood trail to keep this Frankenstein’s monster of an undertaking well on course.

New Blood Interactive’s David Szymanski contributes THE PONY FACTORY, a responsive first-person shooter that trades DUSK’s colourful maps for a gritty, mostly black-and-white look complete with a DOOM 3-esque flashlight swapping mechanic. With a soundtrack that brings to mind sci-fi B-movies from the ‘50s, its straightforwardness is fast-paced and tense, less concerned with creeping fear and more so an overt sense of panic. 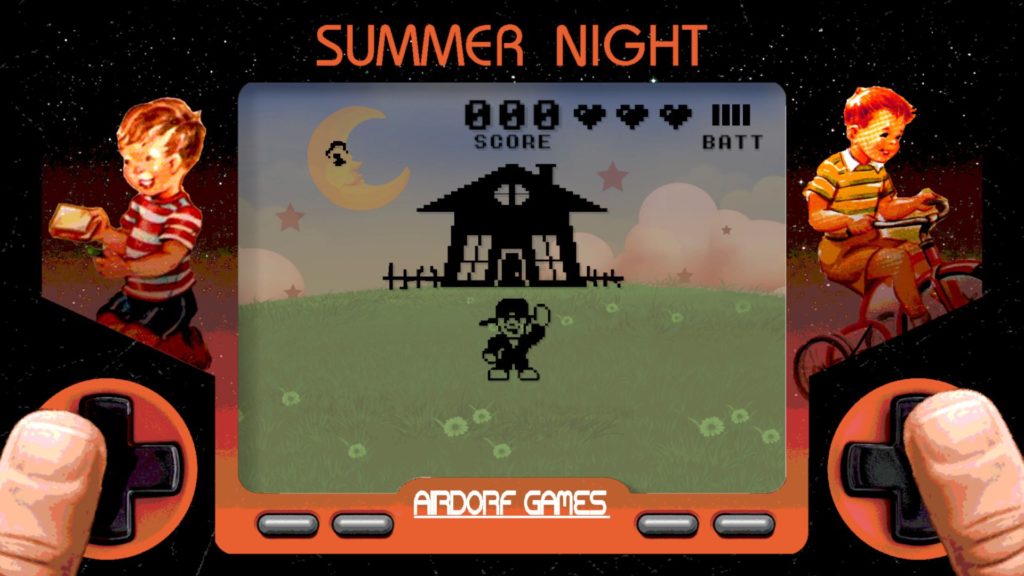 FAITH developer Airdorf takes the limitations of Tiger Electronic games and molds them into something profoundly creepy with SUMMER NIGHT, a game-within-a-game where a young boy collects mushrooms and avoids monkeys – among other things – late into the night. Continuing to expand on their fresh take on the cursed nostalgic aesthetic, it’s the most outlandish conceptually and thus particularly impressive in execution.

Snowrunner Games’ Will Brierly of SODA DRINKER PRO fame presents the bizarre and minimalistic ROTGUT. The less said about this one the better, though be assured that it creates a deeply unsettling feeling of anticipation that almost brings to mind some of the stranger scares found in David Lynch’s INLAND EMPIRE.

HYPNOSPACE OUTLAW writer Xalavier Nelson Jr. brings his off-centre humour to MR. BUCKET TOLD ME TO, a hypnotic multi-day trip that recalls Tom Hank’s CASTAWAY but on strong hallucinogens. And hey, who am I to doubt that I wouldn’t be experiencing similar visions left alone to bake in the sun on a seemingly lovely tropical paradise? 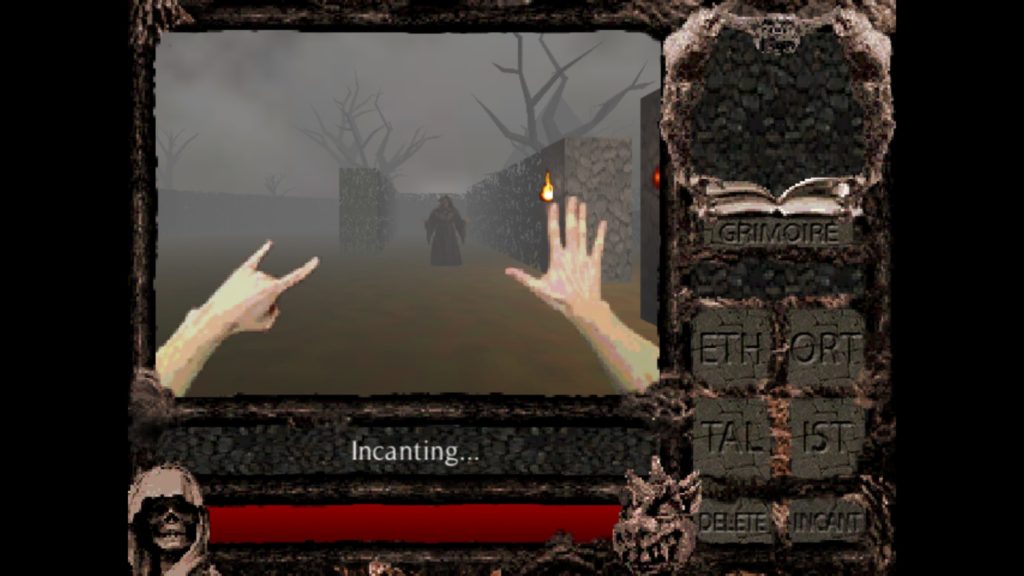 Torple Dook, co-creator of the unlikely horror fishing title EARL DAY’S OFF goes for a decidedly more retro-RPG tone with HAND OF DOOM, visually akin to a sinister mix of DAGGERFALL and HEXEN. As one of several robed magic wielders trapped in limbo by their dark master, players chant dark ritualistic incantations as they explore a strange and foreboding land. With image-based sprite work for your character’s arms and heavily processed MIDI-sounding voices, this one is sure to bring on undulating waves of sentimentality to anyone who spent the mid ‘90s gaming on their PC.

Creators of the Scythe Saga Universe, NORTHBURY GROVE’s Scythe Dev Team bring together the ‘80s sensibilities of TERMINATOR and INDIANA JONES to the sci-fi platformer CARTHANC. You’ll leap and sprint through an alien temple in search of mummy parts while laser skeletons scream for your blood, complete with a fuzzy VHS filter that keeps the action elegantly granular.

167: THE GRAND BLOCK ODYSSEY’s Oddbreeze Games tells a brief story that focuses equally on the horrors of mundane procedural work and accumulative psychological trauma with THE PAY IS NICE. Though it’s the shortest of the bunch, it features some impressively detailed visuals and classic survival-horror fixed-perspective camera work. Clearly just the tip of the iceberg in a narrative sense, it’s a promising start that remains absorbing while it runs its course.

Perhaps the most P.T.-like on surface level is SCP: BLACKOUT developer Mahelyk’s OUTSIDERS, a haunted journey through a suburban house with a recurring gameplay loop and randomized elements to keep tension levels high. Unquestionably the most nerve-wracking game of the bunch, it’s a wonderfully loving sendup of the P.T. formula that has more in store than you’d expect from the initial setup. 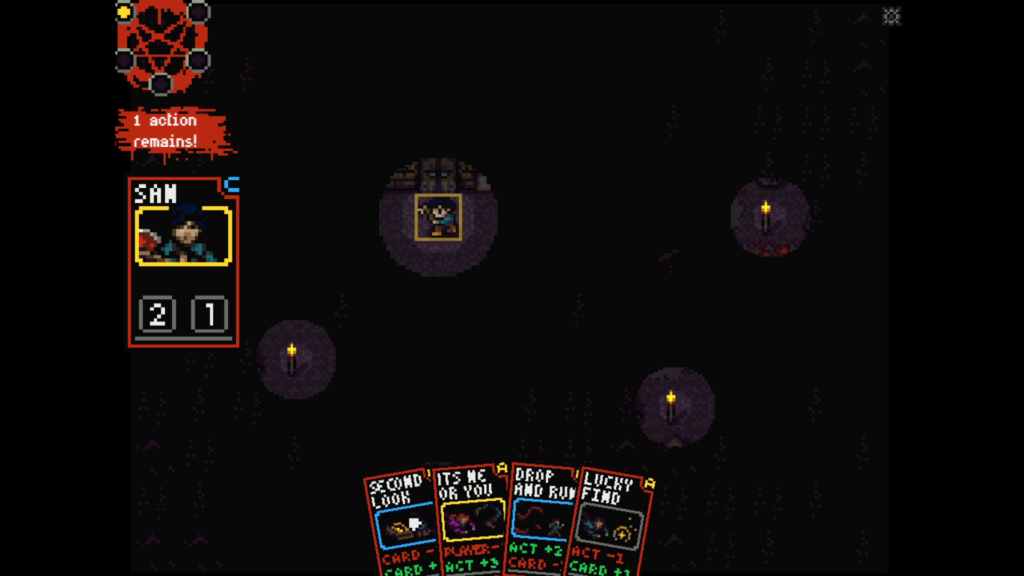 Upcoming collectible card game (CCG) adaptation DOOMTROOPER’s Justin Reynard, also of FALLOUT: NEW VEGAS and DUNGEON SIEGE III presents DON’T GO OUT, a unique turn-based 16-bit title that incorporates CCG elements in a style that recalls survival-horror classic SWEET HOME. Controlling multiple characters as they seek to survive with every passing hour of what may be their final night, it’s an uncompromising systems-based affair that’ll have you hooked until you master its play style.

With gameplay experiences for nearly every type of horror gamer’s tastes, the DREAD X COLLECTION is an important and neoteric take on what indies and their gifted creators are capable of executing, especially on such a tight schedule. Limited to just a few key components, it’s proof that it doesn’t take large teams and inflated budgets to provide singular interpretations of what it means to feel truly afraid behind a keyboard or controller.

The Dread X Collection is available now for $7 on Steam with $2 of every purchase supporting Doctors Without Borders. Review code provided by the publisher.