Organized by the Fantasia International Film Festival, the Frontières Finance & Packaging Forum unites genre filmmakers with backers, distributors et al. The 12 projects for this year’s third edition, including some from top producers in the horror field, have been revealed, along with a special guest.

Gale Anne Hurd (pictured below), the producer whose stellar career spans from THE TERMINATOR and ALIENS to THE WALKING DEAD, will host an “In Conversation” master class to open the event, which takes place in Helsinki February 14-16. The Forum is also introducing a pair of awards to the burgeoning features: one will receive the Warner Music Supervision Award, including access to a Warner artist to write and record an original track, and one will nab the PostControl VFX Frontières Award, providing VFX and grading services. Vying for those prizes, and seeking assistance at the Forum with everything from financing to casting, are the following films: 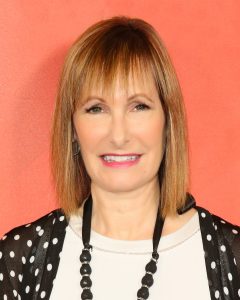 Calls for submissions for the Frontières Buyers Showcase in Cannes and the International Co-Production Market at Fantasia in Montreal are now open; go here for more info.