FRIGHTS FOR TYKES summons “THE GHOST ON SATURDAY NIGHT”

In THE GHOST ON SATURDAY NIGHT by Sid Fleischman, illustrated by Eric Von Schmidt and published by Scholastic Book Services in 1974, a spook show comes to the small town of Golden Hill. Though the year isn’t specified, the book most likely takes place around the turn of the century. A young boy named Opie, who is eager to make some money, offers to help a stranger in town find the way back to his hotel. The stranger happens to be a man named Professor Pepper who pays Opie with a ticket to his spook show, set to take place next Saturday night with promises to raise the ghost of Crookneck John, a dangerous outlaw.

Opie and his Great-Aunt Etta decide to attend the spook show together; he’s excited but she is skeptical. Much like Houdini, who spent a large part of his life exposing spook show charlatans, she doesn’t believe Professor Pepper can raise the dead….or can he?

I highly recommend anyone interested in spook shows, ghosts and, er, coin collecting, add this book to their library. Adults are encouraged to read this book with their kids so that they may explain some of the antiquated terms and phrases found within its pages. 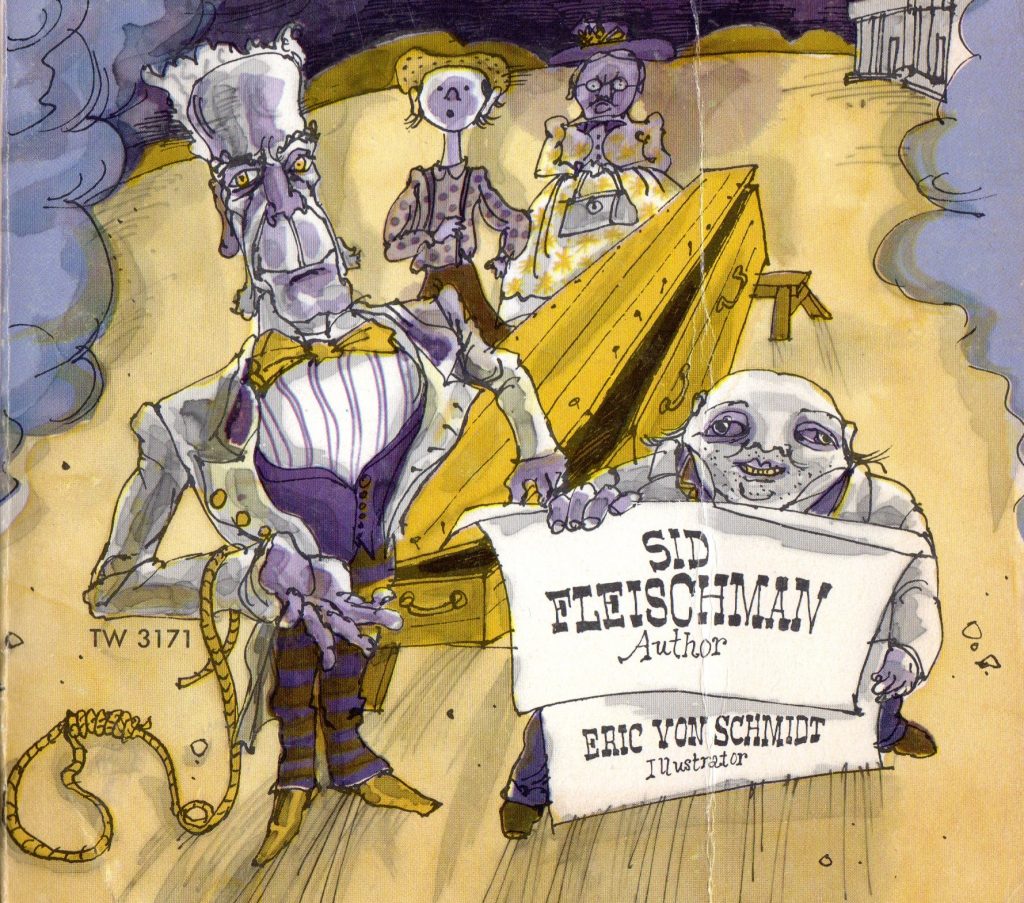