FRIGHTS FOR TYKES gets the “SKELETON HICCUPS”

Did you know that a man named Charles Osborn once hiccupped for 68 years straight? I think about this Guinness medical record every time I get the hiccups. It’s terrifying. But what’s even more terrifying is that a skeleton lives inside all of us. Just ask the skeleton in the book I’m covering in this edition of FRIGHTS FOR TYKES.

In SKELETON HICCUPS by Margery Cuyler, illustrated by S.D. Schindler, a bone man named “Skeleton” wakes up with the dreaded hiccups. With the aid of his friend Ghost, he tries everything from holding his breath, to drinking water upside down to get rid of them. But nothing seems to work. That is, until Ghost brings out a mirror…

SKELETON HICCUPS is a short and sweet story that elicits chuckles and maybe a few memories of hiccup attacks that were tough to overcome. The book has been a staple in my family for some time; considering that jack o’ lanterns and fallen leaves are omnipresent in its pages, it could be argued that the best time to read SKELTON HICCUPS is in October. But hiccups are an all year round fright (as are skeletons), so feel free to read this book while the leaves remain on the trees.

SKELETON HICCUPS was first published in 2002 by MARGARET K. MCELDERRY BOOKS and can be found on AMAZON for $1.02 + $3.96 shipping in “Good” condition. 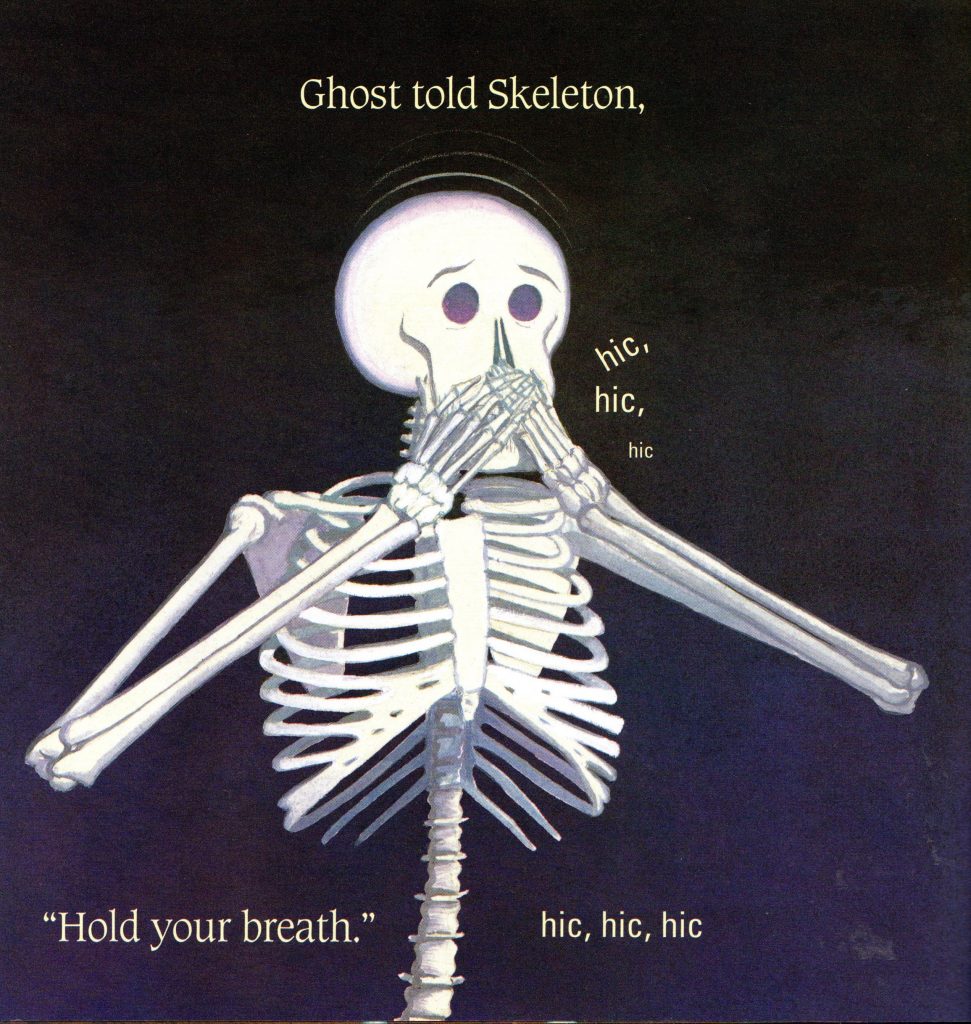 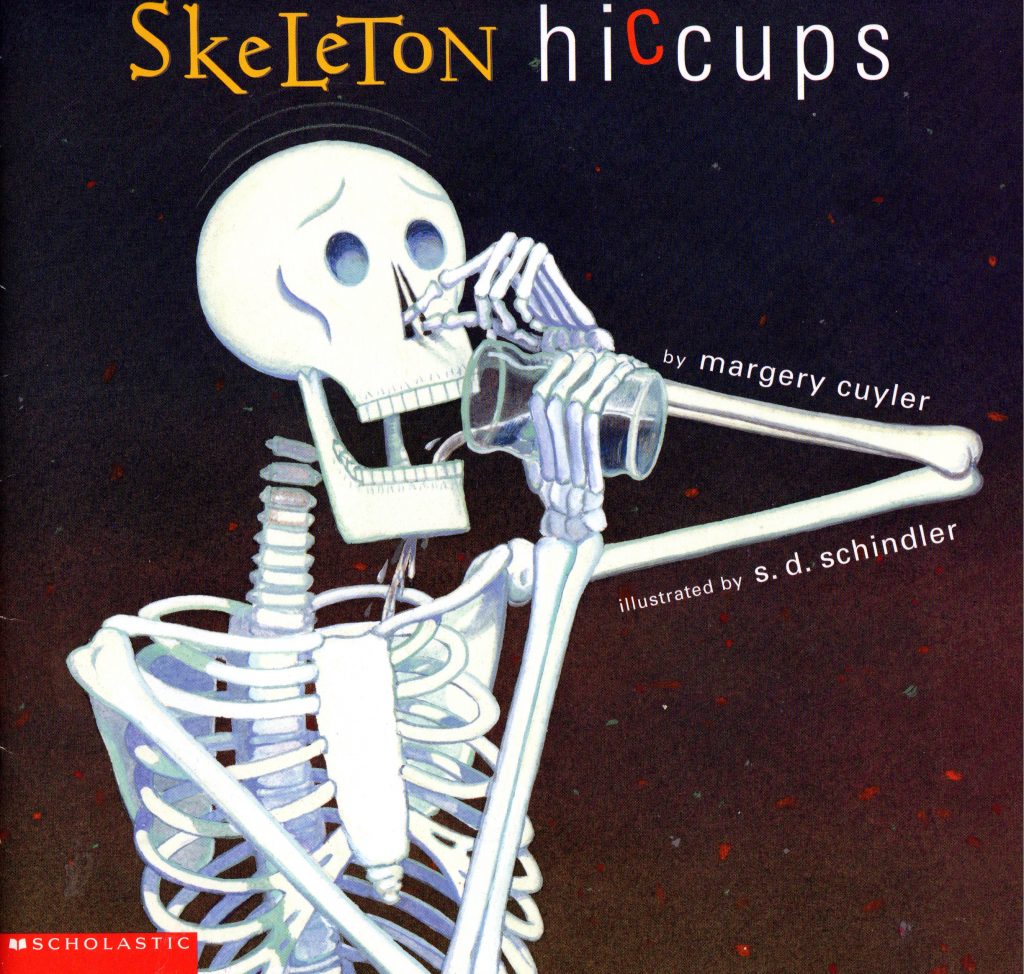