This week saw the Scream Factory Blu-ray release of WELCOME TO MERCY, producer Cary Granat’s latest venture into the horror field (which he discussed here). It’s something of a return to past glories for Granat: He spent the first decade of the 2000s turning out family fare through his Walden Media company, but before that, he was president and COO of Dimension Films from 1995-2000.

During that time, the genre division of Miramax Films, headed by Bob Weinstein, became a major player on the horror scene with the likes of Wes Craven’s SCREAM franchise, Jamie Lee Curtis’ return to the Laurie Strode role in HALLOWEEN: H20 and Alejandro Amenábar’s hit ghost story THE OTHERS. Other productions didn’t go as smoothly, like the giant-insect chiller MIMIC, on which Guillermo del Toro clashed with Weinstein and was nearly dimissed from the movie. RUE MORGUE got some words with Granat about the triumphs and troubles during his time at Dimension, and a couple of projects that got away.

How did you first become involved with Dimension?

I was hired away from Universal in 1995, and then I became the president of Dimension. The company grew because we had a team approach, with some of the best executives and filmmakers working together. It was like this huge collaboration factory of everybody helping everybody; writers would come in, and Kevin Williamson would give ideas to [Robert] Rodriguez, Rodriguez would give ideas to someone else; everybody was helping each other. Dimension had this kind of bad-boy attitude where we were gonna go out and make these films by our own rules, and redefine the genre. Everybody on our team loved genre.

Can you recall receiving the script for SCREAM, and the reaction around the company when you first read it?

Yeah, we loved it! It was called SCARY MOVIE originally, and we bid on it right away and bought it as quickly as possible. It was brought to us via Kathy Conrad and Cary Woods, two major producers who were working with us. It was an incredible script. One of our executives, Andrew Rona, and Richard Potter [head of the story department] read it first, and they flipped for it. They came running into the office where Bob Weinstein and I were and said, “We have to buy this!” It was one of those electric moments where you knew you were reading a game-changer.

What led to the decision to change the title to SCREAM, and then use SCARY MOVIE on the later Wayans Brothers spoof?

Harvey came up with the [new] title. He called Bob late one night and was like, “We have to call it SCREAM.” It worked in both cases.

Was Wes Craven your first and only choice to direct it?

Pretty much. We went after Wes; we really wanted him for it.

Were you surprised by just how successful the film became, and can you talk about the development of the sequels?

People don’t remember the film opened in fourth place [at the box office]; it was behind BEAVIS AND BUTT-HEAD DO AMERICA. Mike Judge is a friend, and his film opened at $20 million and we opened at $6.3 million. And then we grew each weekend. On SCREAM 2, we didn’t even have the script finished when we started shooting, and Kevin was powering away on it. I mean, he knew what he wanted to do, but we turned that film around so fast—within a year—that we had executives living on the set, working with Kevin and the team. It was the magical collaboration between Kevin and Wes that was able to make that work. We had a great team across the board; everybody knew what we wanted to do. 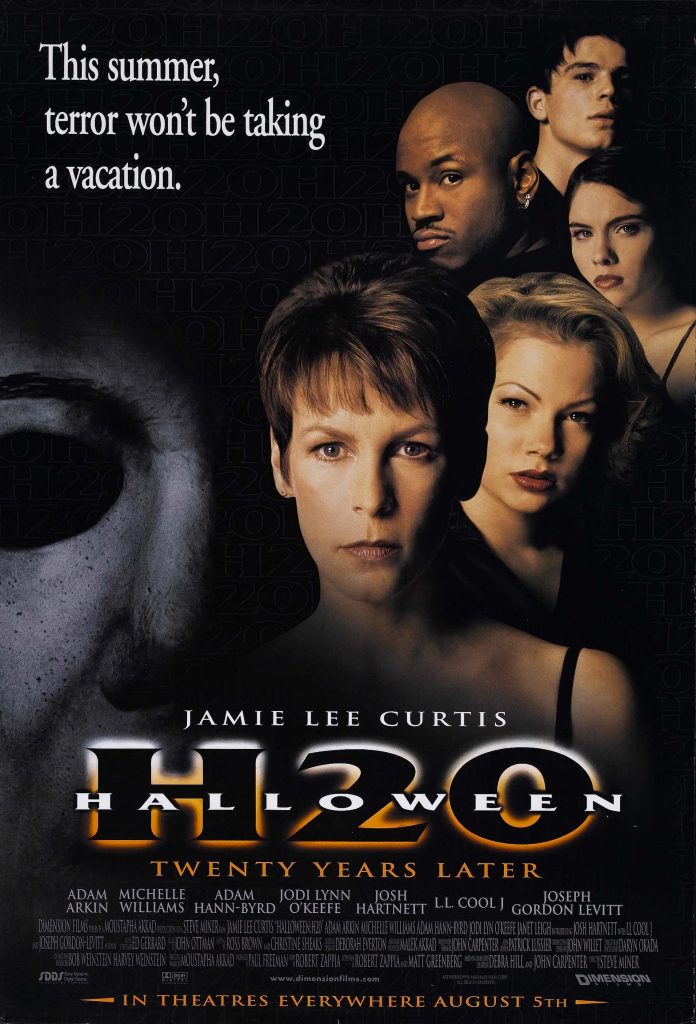 What do you recall about getting Jamie Lee Curtis involved with HALLOWEEN: H20?

We were really fortunate with that one. Jamie read the script and was very impressed with it, and we were fortunate that she said yes. She’s a world-class person and actress. [Director] Steve Miner did a fantastic job, and Kevin, obviously, was very involved with the script, and the Akkad family was very involved as well. The most exciting thing was the idea of not just Jamie being in it, but her mom [Janet Leigh] making a fun guest cameo as well.

What did you think of the newest HALLOWEEN?

It was amazing! They did such a good job with it. Other than the first HALLOWEEN, I think it’s the best one in the franchise. I’m jealous!

Were there any major genre projects you developed at Dimension that didn’t come to fruition?

The biggest disappointment was, we came very close to getting rights to the Rod Serling estate, and doing a series of films based on some unproduced material he had written. That would be the number-one regret. The second biggest was that we spent six and a half years and $13 million developing THE LORD OF THE RINGS, and to watch that leave and go to another studio was painful.

At the time, Harvey and Bob Weinstein had a reputation for being very hands-on, and conflicting with filmmakers over the final cuts of their movies. Is that something you can speak about?

I can’t really speak to the Harvey side [at Miramax]; I was on the Bob side, and he certainly got involved, and there were definitely times when he had conflicts with filmmakers, like Guillermo del Toro [on MIMIC]. But on some of the other projects… Look, there’s no doubt that they were both extremely passionate about getting involved, but for the time that I was there, for example, with THE OTHERS, Alejandro Amenábar just went and did his thing. Keenen Ivory Wayans just went and did his thing with the first SCARY MOVIE.

One thing I’ll say about my time at Dimension is that everyone understood that we were trying to reapproach genre. It was almost the standpoint of thinking we were back in the 1970s [laughs], trying to figure out how to approach genre again, like they did in the ’70s with all those classic films. At one point, Bob actually had the postproduction team cut together a kill tape, which we literally studied. It was a collection of about 200 of the best kills from horror films throughout history. We treated the movies we were doing like a graduate student would approach a thesis: How do we do this better?

Are you willing to talk about the troubles that happened with del Toro on MIMIC?

Well, at the end of the day, that was a classic example where you had a brilliant filmmaker with a very strong vision, who had it deep, deep, deep in his mind exactly how he wanted to do it, and I’m not sure Bob fully understood how Guillermo was seeing it. There was quite a bit of back-and-forth where, again, Guillermo had his vision, and at the time, the way he communicated it, I don’t believe it was coming across clearly. There was a definite disconnect between how he saw the movie and how Bob saw it, and it just came to a head. Guillermo was almost fired from the film, and I felt horrible for him, because when he makes a movie, he’s like James Cameron and David Cronenberg and Peter Jackson: He lives it. It’s in his DNA, it’s in his heart, it’s in his soul, and if someone doesn’t understand how he’s feeling about something at a given moment, it troubles him to no end. He poured himself into MIMIC and had a vision for it that was really smart, and ultimately the right one. There was just a ton of miscommunication, and it came to an extremely tense place, and at the end of the day, he finished the movie and moved forward. But it was an unfortunate situation.