The Italian maestro’s latest is fest-premiering and releasing in Italy this month.

OCCHIALI NERI (BLACK GLASSES), which sees Dario Argento return to the giallo genre, is based on a script he wrote back in 2002 with regular collaborator Franco Ferrini. It was to be produced by the Cecchi Gori company, but then they went bankrupt, and the screenplay is now credited to Argento, Ferrini and Carlo Lucarelli. Ilenia Pastorelli, Xinyu Zhang, Asia Argento, Maria Rosaria Russo, Guglielmo Favilla, Paola Sambo, Andrea Gherpelli, Tiffany Zhou, Gennaro Iaccarino, Gianluca Gugliarelli, Gladys Robles, Cristiano Simone Iannone, Mario Scerbo and Ivan Alovisio star.

The film has several world-premiere screenings beginning this Friday, February 11 at Berlinale, the Berlin International Film Festival, which offers the following synopsis: “In an almost deserted, summery Rome in the midst of a hypnotic solar eclipse, a mysterious serial killer starts targeting high-end prostitutes. Diana [Pastorelli] is one of them. In a desperate attempt to escape him, she becomes the victim of a serious car accident that leaves her blind. After a long period of rehabilitation, Diana learns that the only other survivor of the crash is a now-orphaned child of Chinese descent named Chin [Zhang], and she decides to take care of him. Coming from different cultural backgrounds, the two connect via a special bond that allows them to defend themselves from the serial killer’s thirst for revenge.” OCCHIALI NERI then opens commercially in Italy on February 24. 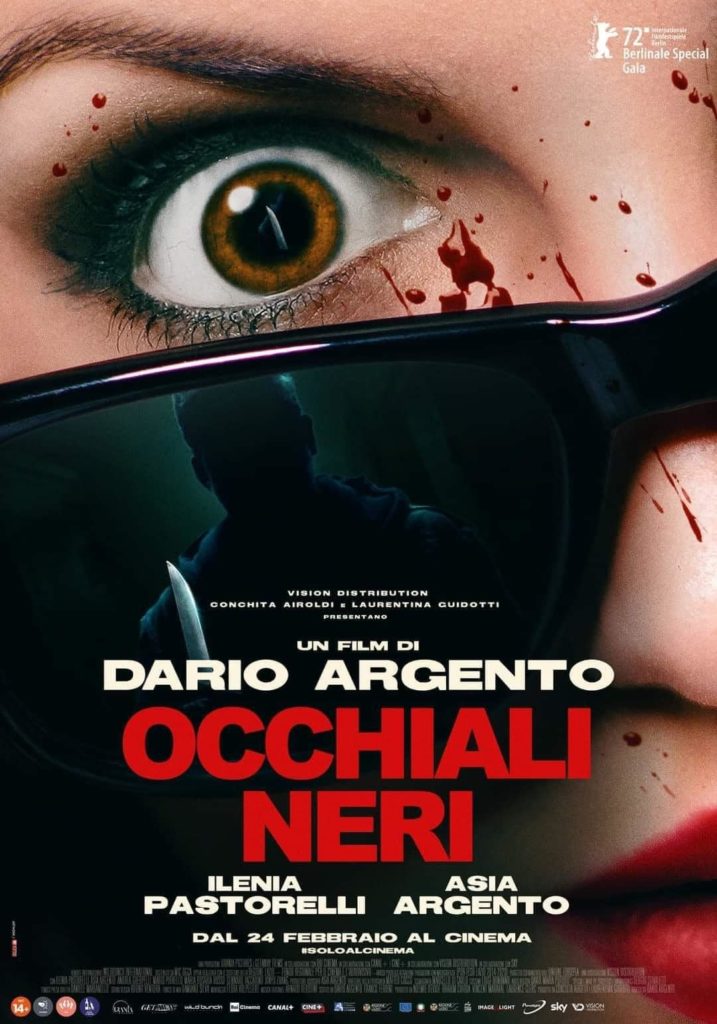