French filmmaker Fabrice Blin is currently putting the finishing touches on his debut feature LA CHOSE DERRIERE LA PORTE (THE THING BEHIND THE DOOR). A striking new poster has been released in both English and French, along with a couple of pics.

Produced by Phase 4 Productions, THE THING BEHIND THE DOOR is Blin’s feature debut after several short films that have toured worldwide festivals, including MONSIEUR MÉCHANT and MANDRAGORE, and the documentary SUPER 8 MADNESS! It stars Séverine Ferrer, David Doukhan, Fabien Jegoudez, Quentin Surtel and Yves Lecat; the synopsis: “THE THING BEHIND THE DOOR tells the story of Adèle [Ferrer], a young woman who’s literally haunted by the death of her husband, killed in a trench during World War I. Desperate and unable to face this tragic loss, Adèle turns to black magic in the hope to bring her lover back. The miracle will happen, but Adèle will have to pay the price for opening this Pandora’s Box.” The movie is being targeted for festival play in 2021. 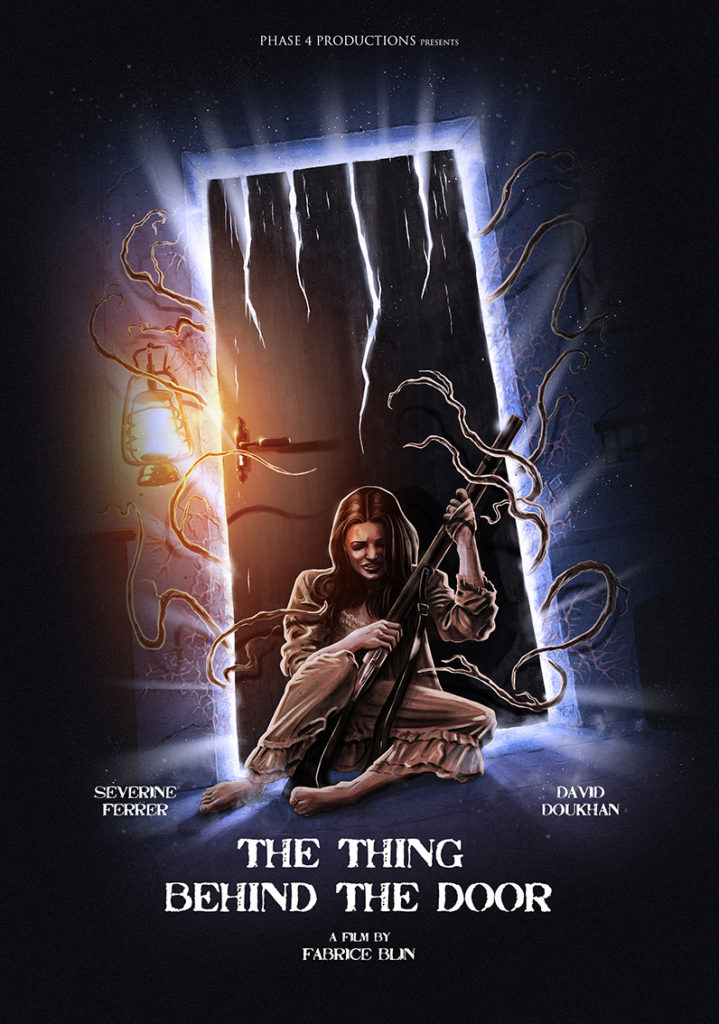 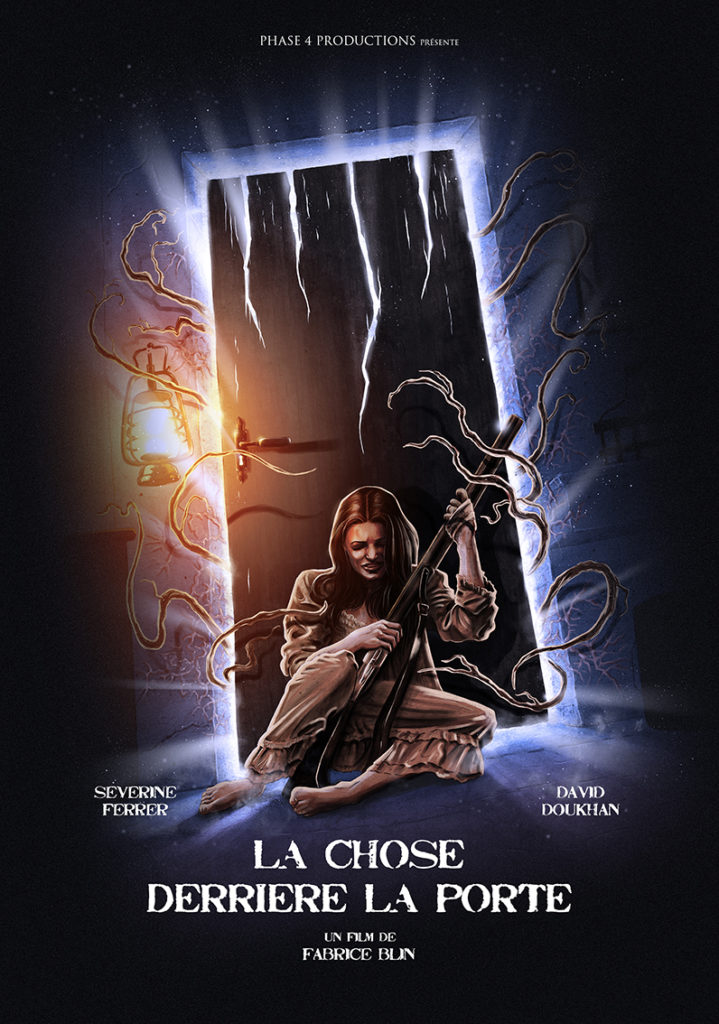