Finally, you’ll be able to feel the “HURT”; trailer & poster

The rural chiller that premiered three years ago is seeing its long-overdue release next month.

Gravitas Ventures has announced its acquisition of North American rights to HURT, directed by Sonny Mallhi (a producer on Bryan Bertino’s THE STRANGERS, THE MONSTER and THE DARK AND THE WICKED who helmed 2015’s ANGUISH, also released by Gravitas). The movie, which had its world premiere at the 2018 Fantasia International Film Festival (see our rave review here), will hit select theaters as well as North American digital HD internet, cable, and satellite platforms December 10. HURT was scripted by Solomon Gray and Mallhi and stars Emily van Raay, Andrew Creer, Stephanie Moran, Bradley Hamilton, Michelle Treacy and Natalie Olivia Clarke. The synopsis: “A soldier reunites with his wife to take in the attractions at their favorite Halloween spot: the ‘Haunted Hayride.’ But when real terror follows them home, they must fight for their lives…or become the next attraction.”

“I’m very happy to be working with Gravitas again,” Mallhi says, “especially on this particular film in which so many people worked so hard to make something interesting and unique in the horror genre.” 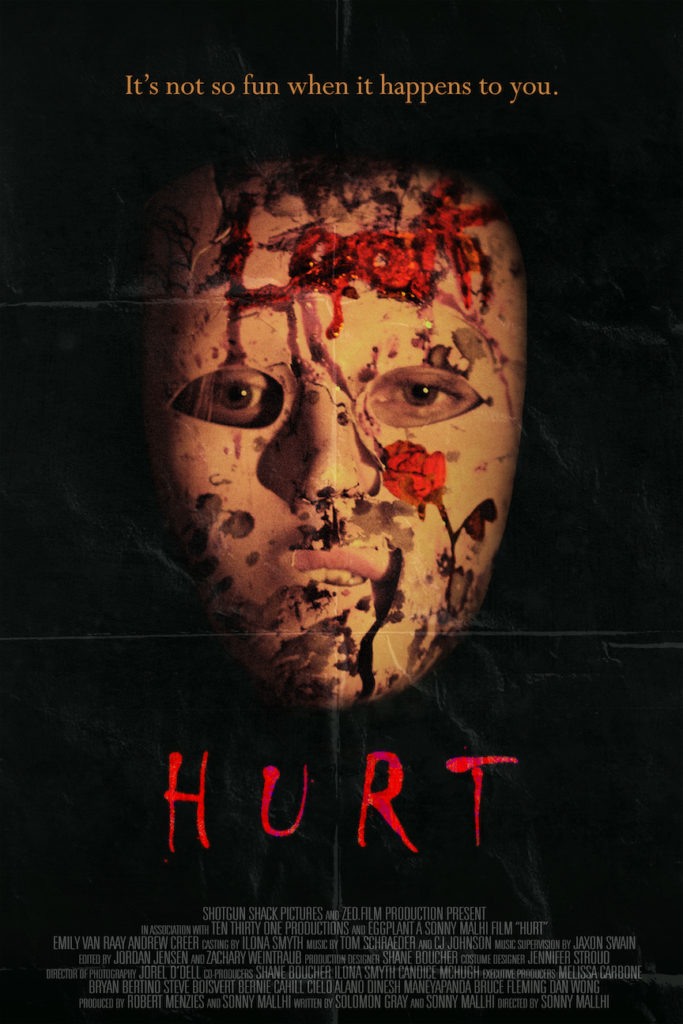