Fest-fave Djinn film “ACHOURA” has a U.S. date and a poster

We’ve also got comments from the filmmaker.

Dark Star Pictures has announced that it will bring ACHOURA to digital platforms and DVD December 14. Directed by Talal Selhami from a script he wrote with Jawad Lahlou and David Villemin, it stars Younes Bouab, Sofia Manousha, Moussa Maaskri, and Omar Lotfi. The synopsis: “Four friends reconnect when one of them, who disappeared 25 years ago, suddenly comes back into their lives. Together, they will have to confront the terrifying events of their youth and fight a monstrous creature born of a horrible legend.”

“It is sociologically proven that fantasy and horror cinema has always enjoyed a renewed interest from audiences and critics in times of social and economic turmoil,” Selhami says. “Fear cinema is therefore a kind of outlet for the viewer, unfortunately today too used to seeing atrocities through the media. Stories of ghosts, vampires, creatures hidden under the bed, allow us to transpose our fears into something unreal. The best way to play to scare yourself without taking risks.

“The times we are living in are going through a terrible period, between economic crisis, terrorism, disease, natural disasters, and the Arab world is unfortunately not spared. Far from it. That is why I think that the Arab world also has today, and more than ever, its own fantastic stories to tell. Fantasy cinema makes it possible to bypass taboos, to expose facts, to stimulate the unconscious layers of the spectator. It is therefore, for authors, a wonderful tool for expression. When done well, this cinema uses allegories and metaphors to express its words. Its spread is wide, because fear is a universal feeling.

“The Arab world has its advantage to offer because of its current effervescence, but also because the culture is still rich in counts, myths and legends, for the moment, not quite exploited. Thus, ACHOURA tells the story of a Djinn, who during a religious festival, very specific to the country–the celebration of childhood–seizes the youngest in order to devour them. In a way, it is a way of evoking the troubled future of future generations of adults. Because we may not give enough importance to childhood, too concerned about our adult problems. In ACHOURA, children try to survive, thus preserving their innocence. In this sense, the creature of Ashura is none other than the allegory of adulthood that devours childhood and thus generates troubled beings. Childhood and the loss of innocence are subjects that haunt almost all of my projects. ACHOURA is therefore a way for me to exorcise this fear.” 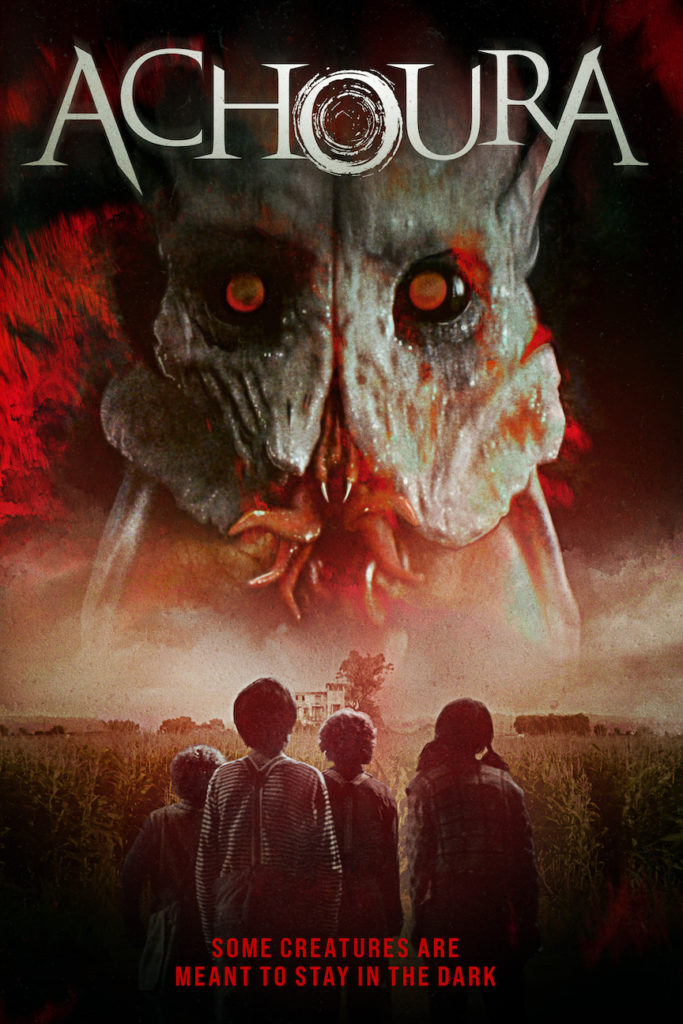