One of the most intriguing movies pitched at the Frontières Co-Production Market at the just-concluded Fantasia International Film Festival has scored a big backer—and now has the people behind another Frontières project involved.

Deadline reports that MEET JIMMY, based on a short by Dutch filmmakers David-Jan Bronsgeest and Tim Koomen, will be made as a co-production by Platinum Dunes and The Picture Company, with Paramount Pictures (which most recently teamed with Platinum Dunes on the scary smash A QUIET PLACE) releasing. Bronsgeest will direct the feature, and Koomen will script with Shawn and Michael Rasmussen, who wrote John Carpenter’s THE WARD and Paramount/Alexandre Aja’s currently shooting CRAWL. The Rasmussens were at Frontières as producers of TERRORBIT, a haunted-video-game chiller with director/co-writer Jonas Odenheimer.

MEET JIMMY will be produced by Platinum Dunes’ Michael Bay, Andrew Form and Brad Fuller and The Picture Company’s Andrew Rona and Alex Heineman. Here’s the synopsis from Frontières: “Jennifer is raising her son in one of Atlanta’s toughest suburbs, where several young women went missing over the past few years. Some of them were found choked to death. She starts listening to a podcast about the killer, who was nicknamed Jimmy Twofingers. Statements of escaped victims bear an eerie resemblance to her house. She’s hooked…until Jimmy starts talking to her in the podcast. He warns her that if she stops listening to him, she will meet him.” 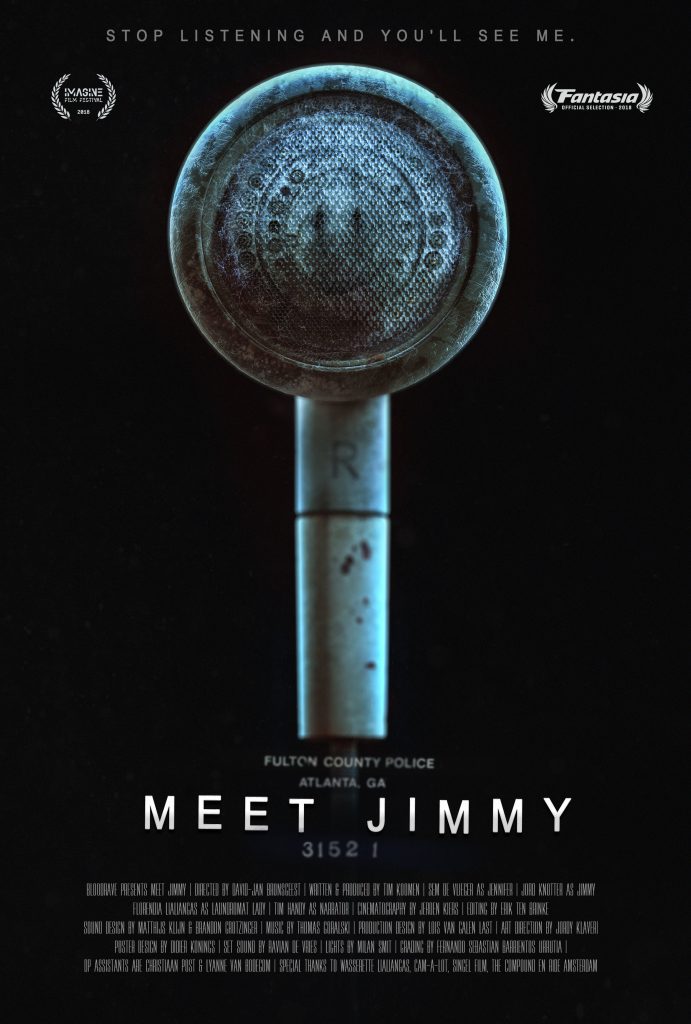