“EYE WITHOUT A FACE” RELEASING IN AUGUST FROM GRAVITAS VENTURES

Director Ramin Niami‘s EYE WITHOUT A FACE, a modern twist on Rear Window, comes to digital this August from Gravitas Ventures.

Synopsis: Henry, an agoraphobic and anxious young man living in Los Angeles, hacks into the webcams of various selected young women who inhabit the city. He watches over them in their daily lives, seeing himself as their guardian angel. When his new charming roommate Eric, a Youtuber and struggling actor pushes him to get out into the real world, he unknowingly puts Henry in danger. And as Henry starts to suspect one of the women he watches, Laura, of being a killer, everything starts to spiral out of control.

Featuring stunning cinematography by Tara Violet Niami, and a mesmerizing score by Charlie Clouser, EYE WITHOUT A FACE is written and directed by Ramin Niami, director of the acclaimed films Somewhere in the City, Babe’s & Rickey’s Inn and Shirin in Love.

Says Niami, “Nowadays, we are constantly being watched. On the radio, I heard about a female college student who found nude photos of herself on the Internet. The FBI discovered that her webcam was hacked and that a fellow college student had taken these images when she was changing in her college dorm room in revenge because she had rejected him for a date. This story inspired me to create a modern Rear Window.”

Starring hot young actors Dakota Shapiro (“The Affair”), Luke Cook (“Chilling Adventures of Sabrina”, “Katy Keene”), and Vlada Verevko (“Beauty and the Beast”), EYE WITHOUT A FACE will be available On Demand and Digital August 10 from Gravitas Ventures. 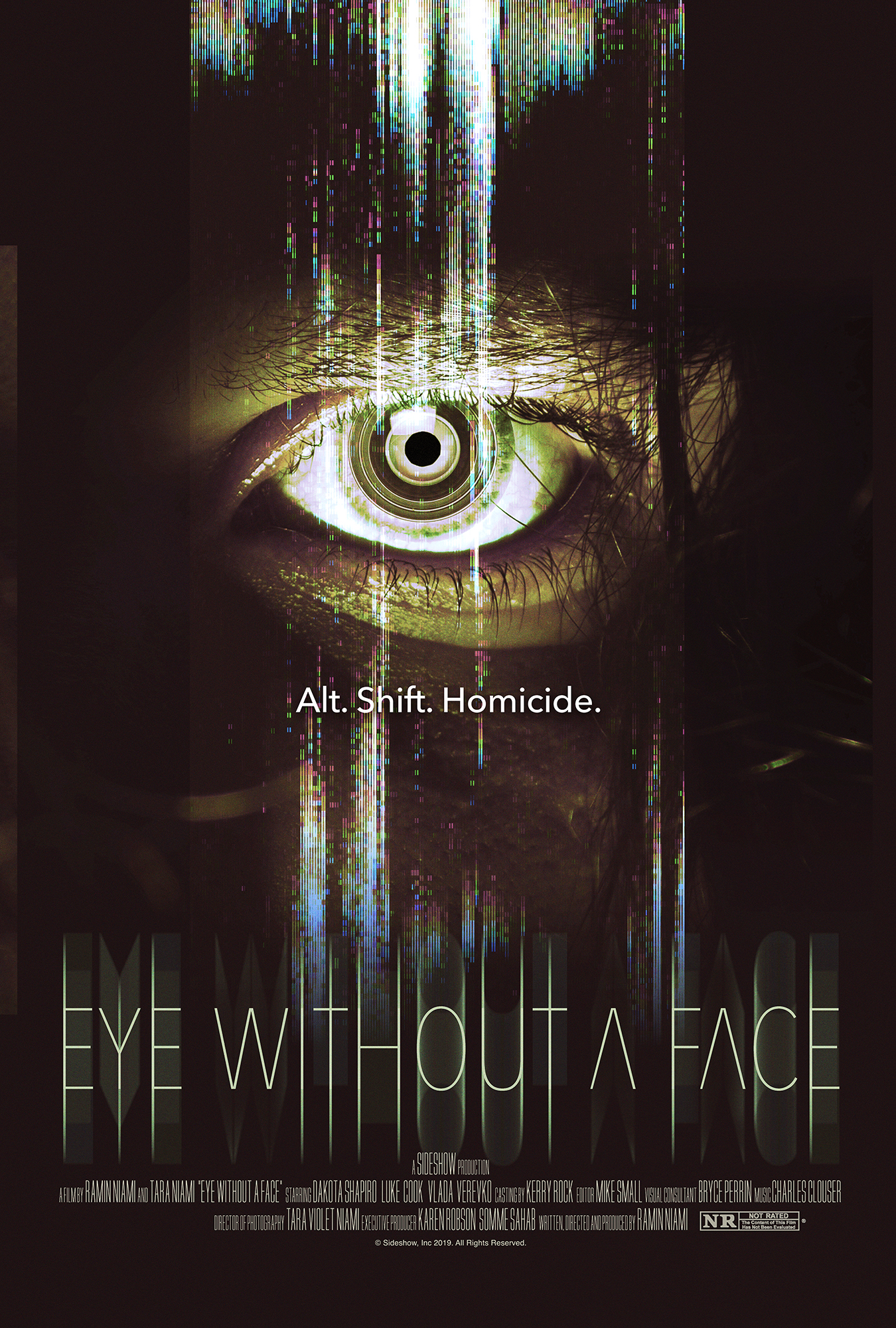