Exclusive trailer: The perils of “reverse exorcism” in “ANYTHING FOR JACKSON”

ANYTHING FOR JACKSON premieres this Wednesday, October 28 as part of Blood in the Snow’s virtual event on Super Channel Fuse, and will be available on Super Channel On Demand the next day. Directed by Justin G. Dyck from a screenplay by Keith Cooper, the Vortex Media production stars Sheila McCarthy, genre veteran Julian Richings (CUBE, WRONG TURN, THE WITCH), Konstantina Mantelos, Josh Cruddas and Yannick Bisson. The synopsis: “After losing their only grandson in a car accident, grief-stricken Audrey [McCarthy] and Henry [Richings], a doctor, kidnap his pregnant patient with the intention of performing a ‘reverse exorcism,’ putting Jackson inside her unborn child. It doesn’t take long to figure out Jackson isn’t the only ghost the grandparents invited into their home. Now it’s a race against time for the couple, as well as the pregnant woman, to figure a way out of the haunting they’ve set upon themselves.”

“We are thrilled to be working with Super Channel to present this year’s festival,” says Blood in the Snow’s Kelly Stewart. “We couldn’t be more excited to kick things off with a film featuring so many heavyweights in the Canadian horror scene.”
“We are excited to reveal this first look at ANYTHING FOR JACKSON to horror fans,” says Super Channel’s chief content officer Jackie Pardy. “We are thrilled with the positive reception that the film has received from critics so far and are very proud that it will open the BITS festival on Super Channel Fuse this week.”

Dyck is equally excited: “Vortex Media has been an absolute pleasure to work with,” he says, “giving us the freedom every filmmaker dreams of, along with the tools and support to make all of our ideas a reality. I couldn’t imagine making this movie with anyone else. It’s been an honor for Super Channel to have entrusted their brand with our creative vision to be the first horror genre Super Channel Fuse Original Movie. To launch it in partnership with Blood in the Snow is truly an opportunity only made possible by the unique circumstances of the pandemic.”

Click here to read our review of ANYTHING FOR JACKSON, here for info on Blood in the Snow and here to learn the various ways to subscribe to Super Channel. 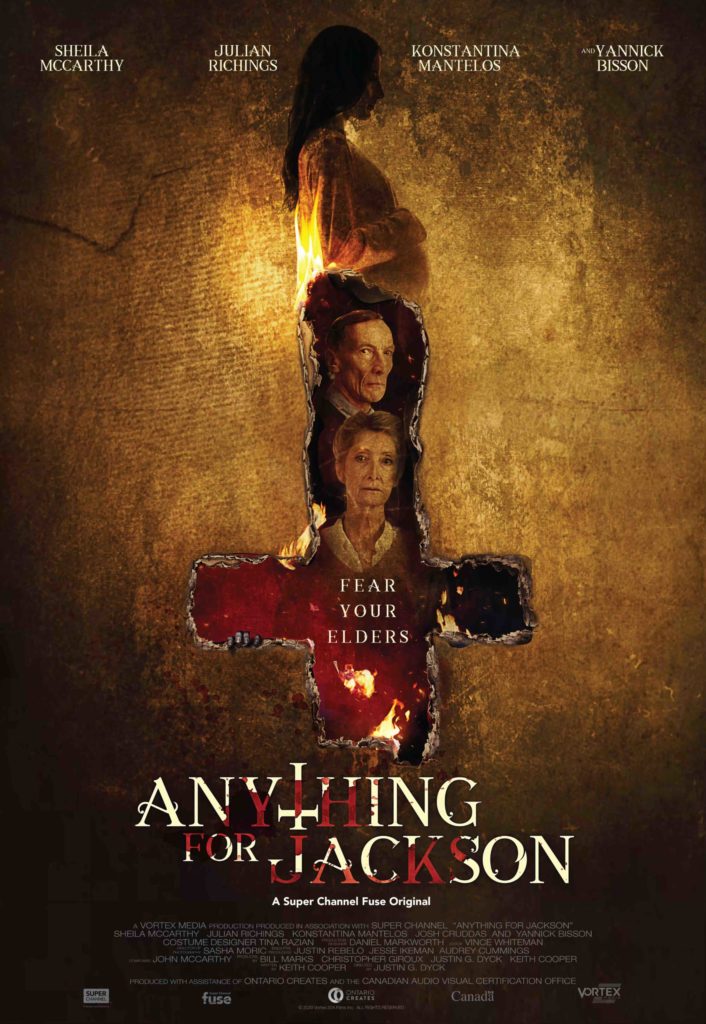