Suburban hostility is the name of the game in RED LETTER DAY, coming soon from Epic Pictures’ Dread label. We’ve got the exclusive first look at the trailer and poster art.

Written and directed by Cameron Macgowan, RED LETTER DAY will see limited theatrical release November 1, followed by its VOD/Blu-ray debut November 5; the movie will also play at Screamfest on October 13. Dawn Van de Schoot, Kaeleb Zain Gartner, Hailey Foss, Arielle Rombough, Michael Tan, Roger Leblanc, Peter Strand Rumple and FRIDAY THE 13TH PART V’s Tiffany Helm star; the synopsis: “While adjusting to a new life in a quiet suburban community, a recently divorced mother and her two teens receive mysterious red letters instructing them each to kill or be killed. As the bloodshed begins, they find themselves in a race against time to protect the ones they love from the people they thought they knew.” 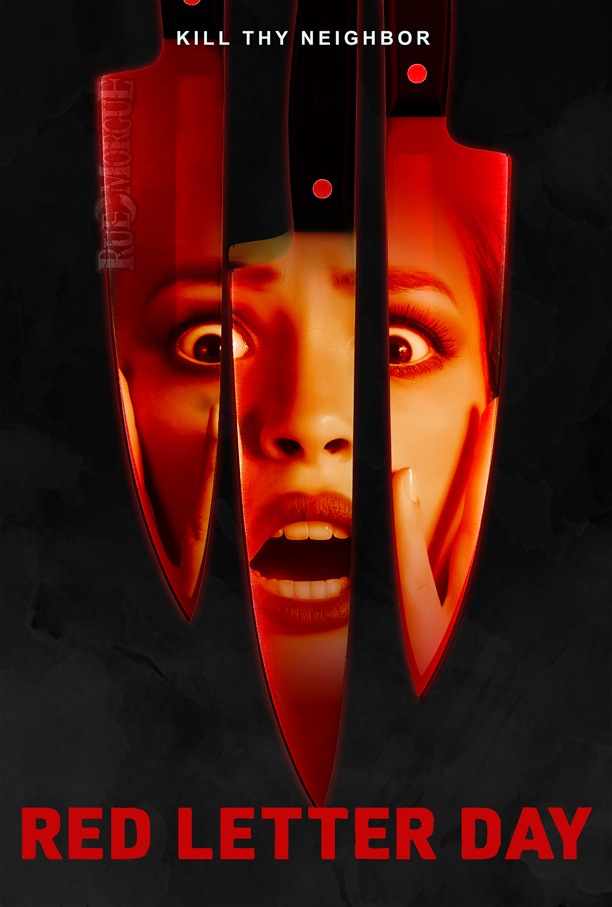