The HALLOWEEN and HATCHET heroine is messing with a new maniac in the fright flick coming next month.

Uncork’d Entertainment has set an October 20 digital and DVD release date for REDWOOD MASSACRE: ANNIHILATION, writer/director David Ryan Keith’s sequel to his 2014 THE REDWOOD MASSACRE. The cast also includes Damien Puckler, Gary Kasper, Jon Campling, Tevy Poe and Benjamin Selway; the synopsis: “A stranger obsessed with the unsolved Redwood murders convinces a group of bereaved family members to venture into the wilderness in hope of proving the existence of the infamous killer. Their quest for truth sees a sinister turn of events, as the hunters become the hunted. A bloodsoaked fight for survival ensues when they find that the tales told of the axe-wielding maniac are very real.” 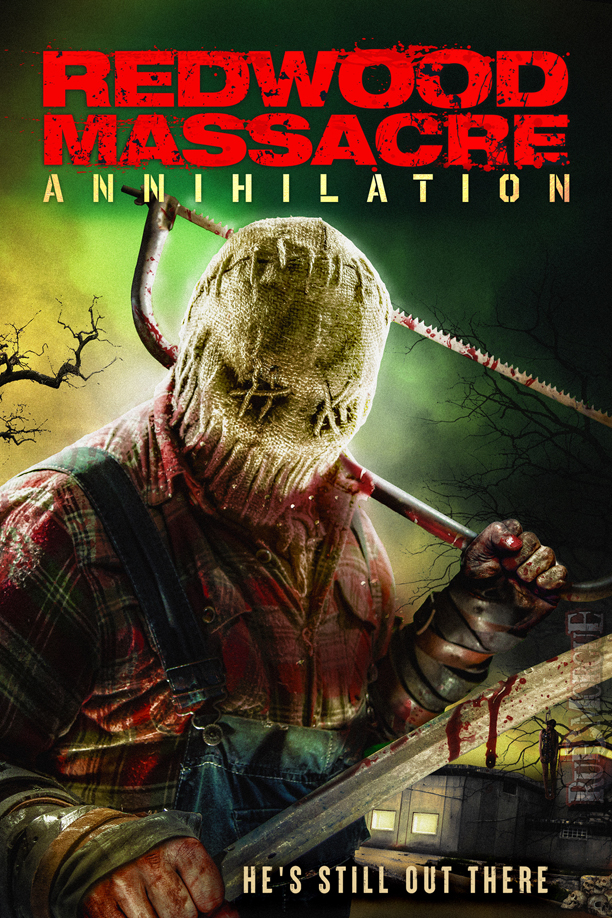