Indie filmmaker Todd Sheets, who won a following for his shot-on-video fright flicks in the 1980s and ’90s, is back with the lycanthropicture BONEHILL ROAD. We’ve got the exclusive first look at the new trailer and promo art, and word on the release.

We got the scoop that Wild Eye Releasing is planning a Halloween launch for BONEHILL ROAD, which stars Eli DeGeer, Ana Plumberg, fright veteran Linnea Quigley (pictured above), Gary Kent and David E. McMahon. The synopsis: “Emily [DeGeer] and Eden Stevens [Plumberg] escape one violent situation only to dive headfirst into another. Terrified and alone, they are stranded in the dark woods, only to be chased into a horrific scene in a house of horrors. They must work together to get out alive. But what is worse? What is on the inside or out?” 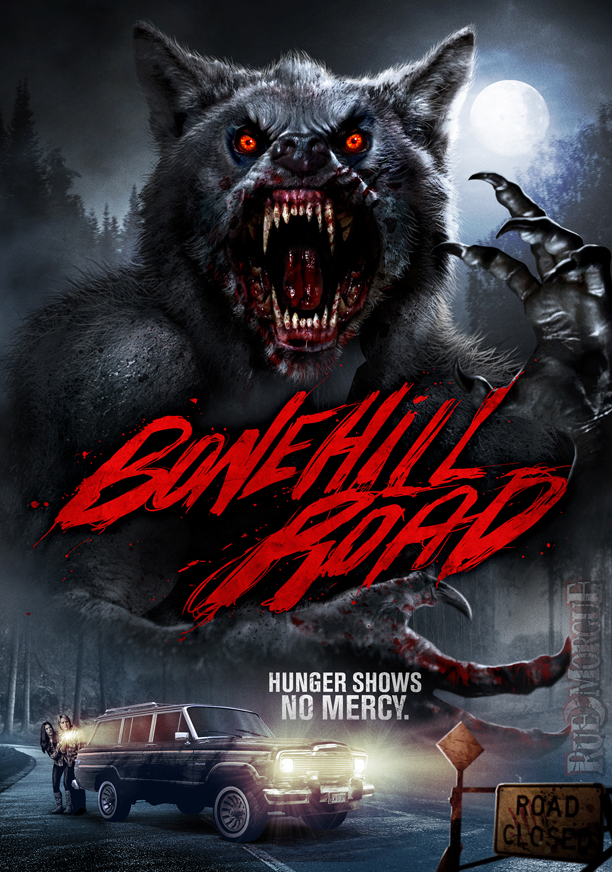