A frightening variation on GROUNDHOG DAY unfolds in a new movie from award-winning filmmaker Craig Singer, which is set to debut later this year.

6:45, which promises to take a premise similar to HAPPY DEATH DAY to even darker psychological places, was directed by Singer (DARK RIDE, PERKINS’ 14) from a screenplay by Robert Dean Klein. The cast is headed by Michael Reed (THE HAUNTING OF ALICE D, THE DISCO EXORCIST), Augie Duke (EXIT 0), Armen Garo, Thomas G. Waites (THE THING, THE WARRIORS), boxer-turned-actor Ray “Boom Boom” Mancini, hiphop producer/DJ The 45 King and rapper Remy Ma. According to the official synopsis, “We are introduced to Bobby Patterson [Reed], who is taking one last romantic shot at saving his rocky relationship with his girlfriend Jules Rables [Duke] on a weekend getaway. The couple arrives for vacation in the quiet island resort called Bog Grove. To their bewilderment, the sleepy beach town is curiously deserted and they quickly learn about its deadly history that’s about to repeat itself. Bobby’s struggles with Jules are cast aside in order to overcome a dementing cycle of terror that transpires. No matter what he does to try to avoid it, he and his girlfriend wake up at 6:45 each morning to the same nightmarish chain of events that lead to them being viciously murdered with no chance of escape.”

“It’s sadly ironic that the world seems to be living its own version of 6:45 amid the COVID-19 pandemic,” says Singer, who wrapped the movie this past Valentine’s Day and is currently in postproduction, targeting a premiere this fall. You can find out more about 6:45 at its official website. 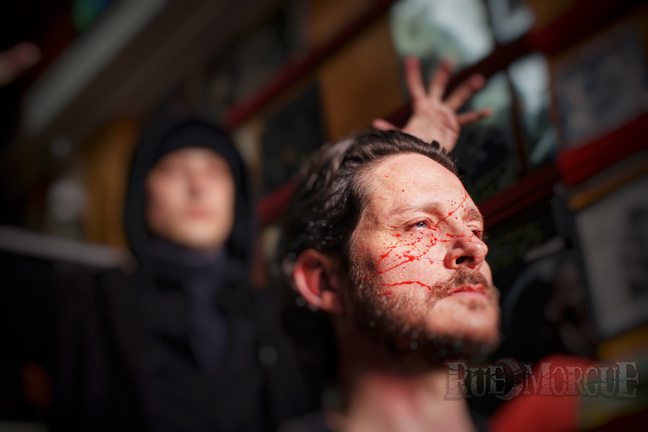 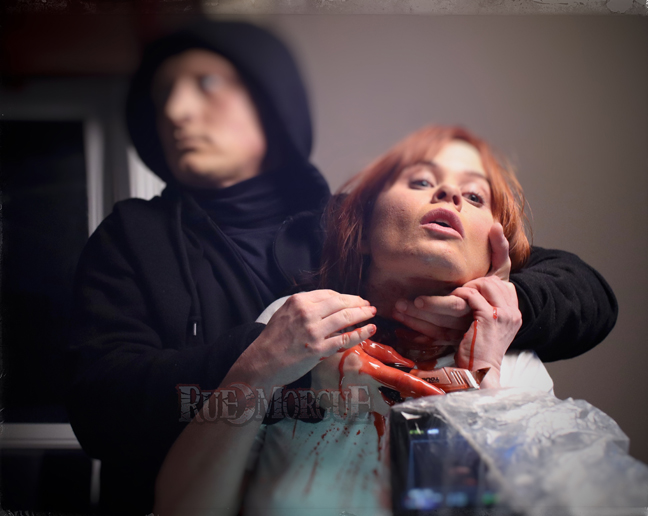 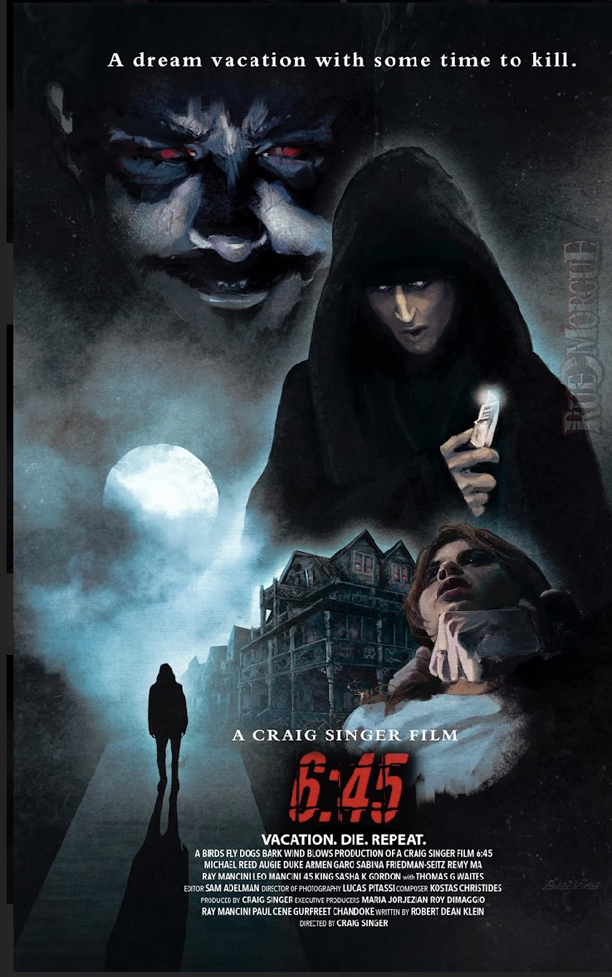 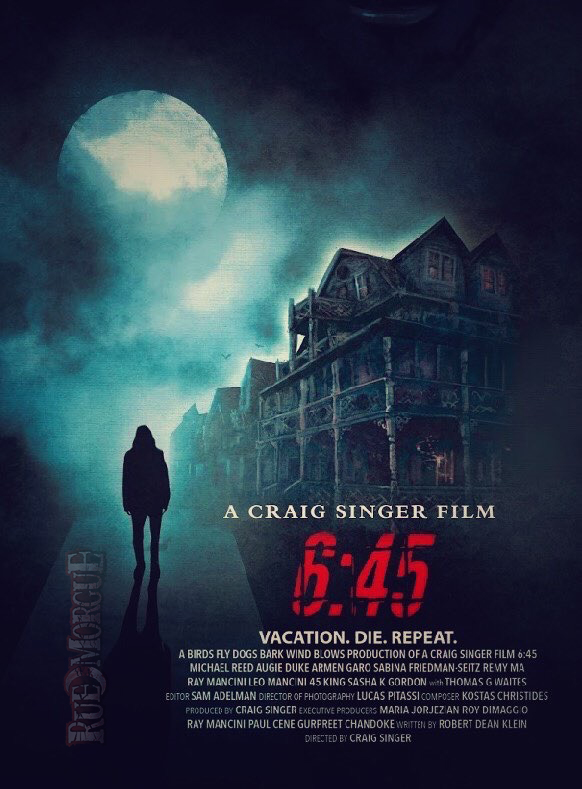