When THE COLOR OUT OF SPACE arrives in theaters January 24, it will mark the end of Richard Stanley’s seven-year effort to bring H.P. Lovecraft’s classic story to the screen. For the writer/director, it’s his first experience creating a feature film without the meddling that compromised his previous HARDWARE and, especially, DUST DEVIL. In fact, the experience was positive enough that he’s reteaming with production company SpectreVision to further explore the eldritch author’s mythos.

“I’m pleased to say that SpectreVision has basically greenlit two more Lovecraft adaptations, and I’m currently prepping my new adaptation of ‘The Dunwich Horror,’ ” Stanley tells us. “It will be set in the same milieu as COLOR OUT OF SPACE, in a near-future, disaster-struck Arkham County. Hopefully, we’ll be able to get that before the cameras this winter.”

“Dunwich Horror” is another tale of terrible events centered on a Massachusetts farm, where the Whateley family has something big and fearsome sequestered in their house. It was previously adapted for a 1970 American International Pictures feature and a 2009 Syfy flick (the latter starring Jeffrey Combs), both taking liberties with the source material. With Stanley’s adaptation, he says, “The brief is the same: to try to do the original story justice, and at the same time continue to open up the universe” he established in COLOR. “With DUNWICH HORROR, we’ll go on campus and get back to Miskatonic University for the first time since RE-ANIMATOR. We’ll also get to deal with the Necronomicon, the black book at the core of the mythos. So I’m very much looking forward to getting my hands on this.” He also reveals what might be a slight spoiler for COLOR: One of its surviving characters will continue on into DUNWICH HORROR—and beyond. “It’s my intention to have Ward Phillips from Miskatonic University [played by Elliot Knight in COLOR] be the sole continuing character through the next two installments.” 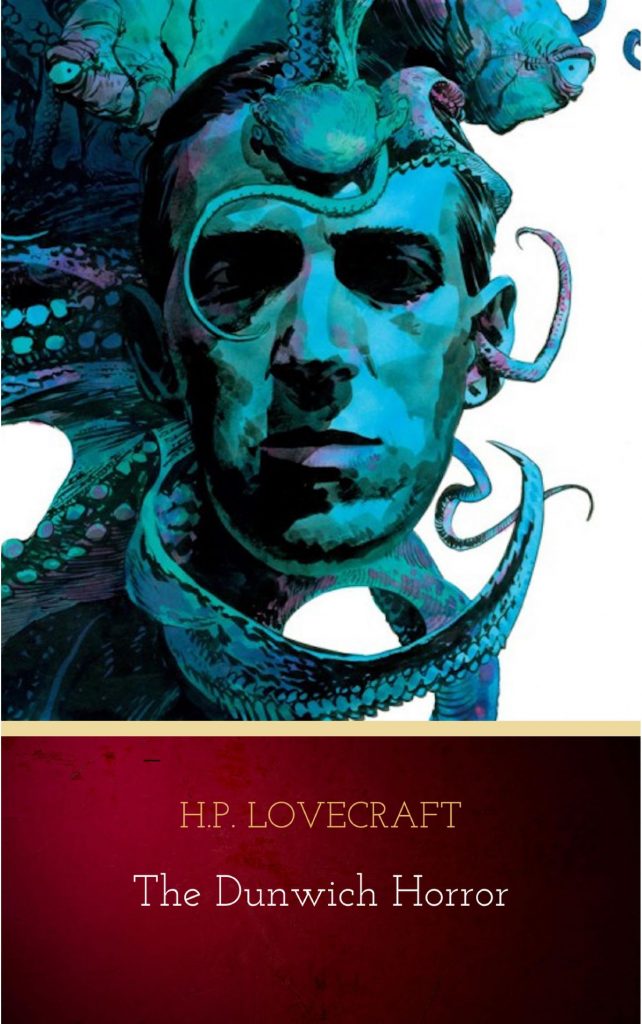 The filmmaker can’t say what the third in his Lovecraft trilogy will be, though he notes, “All of Lovecraft’s work is in the public domain, so anyone is entitled to adapt pretty much any of the core stories. What we’re already seeing right now is the beginnings of, I think, a sort of incursion of Lovecraft’s Old Ones into mainstream culture. Jordan Peele’s LOVECRAFT COUNTRY is about to hit, David Benioff and D.B. Weiss have thrown their hats into the arena by saying they’re going to make a Lovecraft movie. I’d like to see Guillermo del Toro’s AT THE MOUNTAINS OF MADNESS or the James Wan CALL OF CTHULHU get made, but at the same time, if they’re not, then they’re fair game.”

Meanwhile, he’s also forging ahead with another project based on classic horror lit. Two decades after the disaster of his ISLAND OF DR. MOREAU feature, he plans to bring his vision of H.G. Wells’ novel to the screen as a series, teamed with producer Edward R. Pressman. The key, Stanley says, will be who’s in front of the camera: “The fortunes of the island will depend on the casting of Dr. Moreau. We’ve been working to reboot the project and redesign the beast people, and essentially make the island great again, though it will not reach screens until a suitable Dr. Moreau is found. I don’t want to speculate too much on who that might be; it’s a part that has previously been played by Charles Laughton, Burt Lancaster and Marlon Brando, so those are some very substantial shoes to fill. But once a suitable Moreau is in place, it may finally be time for me to return to the island.”

Look for more words from Stanley at this site soon, and read our COLOR cover story in issue #192, now on sale!