Imagine “Dick in a Box” reconceived as a horror flick, or (as the poster puts it) “FATAL ATTRACTION meets THE BLOB,” and you’ve got THE SPECIAL, coming (ahem) next month.

Red Hound Films releases THE SPECIAL on all major cable/satellite/Internet VOD platforms October 13. Directed by B. Harrison Smith (DEATH HOUSE) from a script by Mark Steensland and James Newman, it stars Davy Raphaely, Sarah French, Dave Sheridan (SCARY MOVIE), Doug Henderson and Susan Moses. The synopsis: “Suspecting his wife of infidelity, Jerry [Raphaely] is convinced to cheat back by his best friend who takes him to a mysterious brothel for ‘The Special.’ But everything has a price, and Jerry’s night of pleasure sets off a dark chain of events as he spirals into obsession–because once you’ve had ‘The Special,’ you can’t go back to the ordinary.” 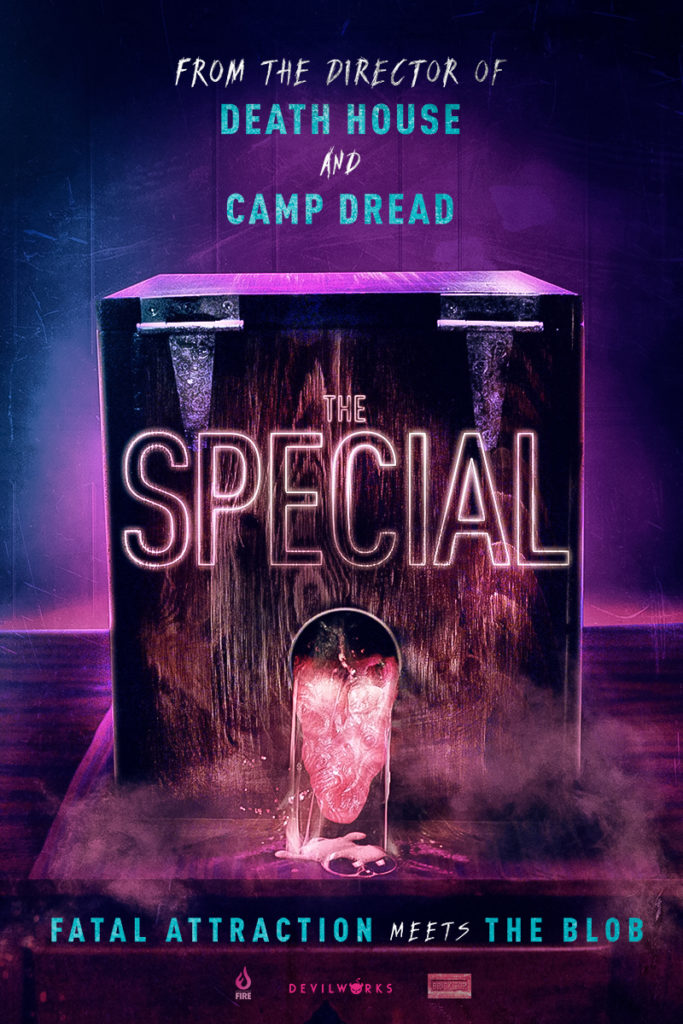