Exclusive poster: Anthology “SPUNK’S NOT DEAD” has several ways to gross you out

There are bodily fluids aplenty in SPUNK’S NOT DEAD, an omnibus shocker that sees release in April. We’ve got the exclusive first look at the latest poster.

Ammo Content will bring SPUNK’S NOT DEAD to DVD and streaming services April 9. The segments were directed by Zach Carter (“The Devil’s Spunk”), Jeremy Garner (“The Babysitter”), Bryan Hiltner (“Spunk of the Reaper”), Steven K. Jackley (“Xombie”), Christopher Jayawardena (“High Score”) and Calvin Morié McCarthy (“Spunky Shines”); the synopsis: “John Oak uses his web show ACTUAL FACTUAL TRUTHS to reveal the terrifying secret of Spunk, a new drug that is tearing America apart with its violence-inducing power. He gives the audience six twisted tales of the scourge that now runs rampant in our streets, turning people into violent lunatics and making them lose their sanity. And in the meantime, he will confront filmmakers exploiting the crisis, take calls from helpful fans and do his best to not be swept up in the madness destroying his country.”

Find out more at SPUNK’S NOT DEAD’s official website. 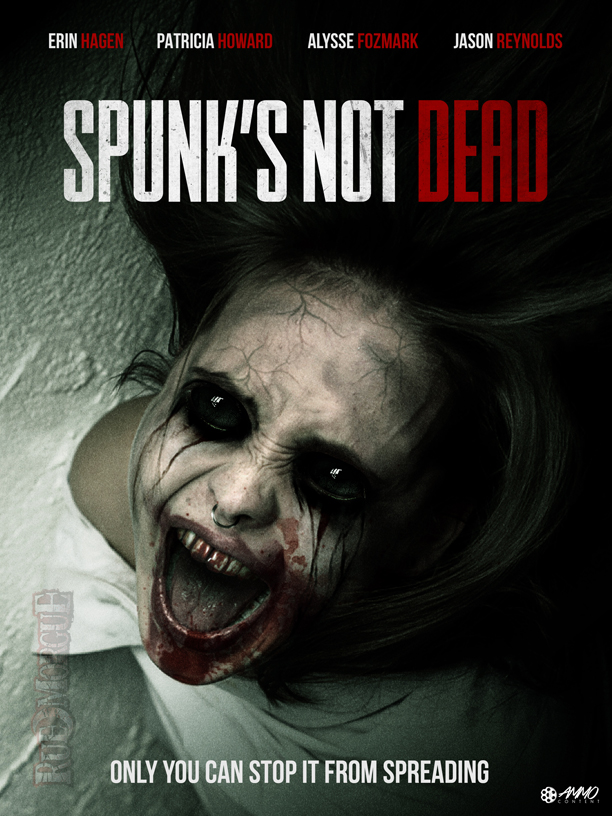