Heading for release in August (date and venues to be determined), BLOOD FROM STONE is a variation on classic vampire themes from writer/director Geoff Ryan, who passed on some pics and discussed the film with RUE MORGUE.

Vanja Kapetanovic, Gabriella Toth, Nika Khitrova, Eric Cotti and Robert Desanti star in BLOOD FROM STONE, which Ryan describes as “a story of love lost and past regrets explored through a vicious and carnal vampire movie. It’s the story of Jure [Kapetanovic], a vampire who has lived for centuries like an immortal god but is now lost in this new era where he’s been forced into the shadows. His former lover Darya [Toth], a woman he ‘turned’ and kept as his bride, has left him and is in search of her own place and purpose in a world she doesn’t fit into. While she is trying to be ‘normal’ and live her life, he is drowning his loneliness in drugs and alcohol–from the blood of intoxicated victims–and frivolous thrills which threaten to expose the vampires’ hidden lives to the light of day.”

Following his debut feature FRAY, about a young Marine’s experiences after coming home from war, Ryan pursued further projects with socially relevant themes. After two such projects fell apart, he decided to tackle another microbudget feature he could maintain control over, and even as he went for a genre piece, it still carried some serious thematic underpinnings. “My grandfather had passed away,” he recalls, “and it wasn’t his passing that impacted me as much as reflecting on the decades leading up to it. Every holiday since childhood it was said, ‘This might be the last one we have with Grandpa,’ yet every year he was there for the next one. He outlived all my other grandparents, even though he’d given up on living long ago. He was stuck in another era, in John Wayne’s America, and didn’t have any use for current society. Reflecting on that made me ponder what it would be like for an immortal to live through various eras and how he would cope with it. It reminded me of a line in J.G. Frazier’s THE GOLDEN BOUGH, where he wrote, ‘The gods at the beginning of an era become the demons at the end of it.’

“As the story developed,” he continues, “Jure almost became a metaphor for an old bygone era clashing with this new emerging era and refusing to die, representing how the mistakes and violence of the past continue to hold us back and keep us from making progress forward. That clash of old and new is a major creative theme throughout, with Darya becoming a symbol of this new era, and ideals that have been kept down for generations and are finally starting to escape from the control of past forces, yet are infected by its actions. How can she find love and happiness when she can only survive through violence and death? How can you be a creator when your life is sustained by destroying? So there were a lot of bigger ideas I wanted to explore, yet at them same time I did my best to make sure the film never feels heavy-handed.”​ 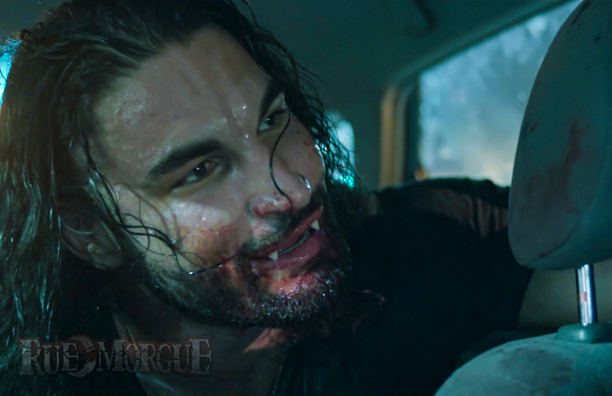 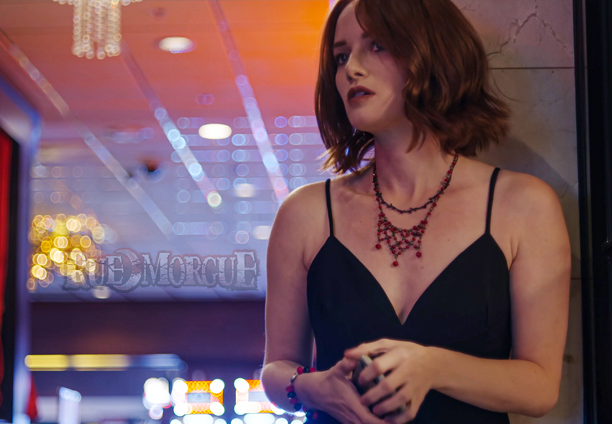 In addition to writer/director, Ryan was BLOOD FROM STONE’s cinematographer and production designer, even handling set decoration and costuming. In fact, he reveals that his entire crew consisted of eight people, headed up by himself and producer Michael Caradonna, and consisting of what he calls “production sporks–people who can fill multiple roles on a set. Adeshola Adigun was my AC and a one-man camera department. Alethea Spencer did amazing prosthetics and special effects makeup while also doing general hair and makeup for the entire shoot. Geoff Black not only created the amazing original score, but also did all the on-set sound recording. Actress Nika Khitrova was also my casting director, production coordinator and helped manage props and costumes. Sarah Moliski has a great role in the film and served as AD, script supervisor and more. And my longtime good friend Steve Yap flew in from New York City to do grip, boom and anything else we needed. That was our whole team!”

On the other hand, there are more than 40 speaking roles in the movie, with a number of the cast hailing from Las Vegas (one of the key shooting locations, along with Los Angeles and Laughlin, Nevada). For the leads, however, Ryan sought actors with authentic European accents. “Vanja Kapetanovic comes from Serbia and is a force of nature,” he says. “It’s so rare to find a guy with his muscular, almost barbarian look who can really act, and Vanja is naturally larger than life, yet his ability to handle nuance, humor and subtlety is stunning. Gabriella Toth, who plays Darya, comes from Hungary and is that rare actor who can evoke deep emotions merely from a glance. Coincidentally, she grew up just a few miles away from the legendary Elisabeth Bathory’s castle! Nika Khitrova plays Viktoria, an old-school aristocratic vampire; I met her years ago, and when I wrote the role, I knew it was perfect for her. She is originally from Moscow and performed in London theatre for years. She’s a true actor in the best sense, and as Viktoria she’s got style and grace but will rip your throat out if you piss her off!”

It is this combination, in the tradition of the ’90s movies Ryan admires like NATURAL BORN KILLERS, TRUE ROMANCE, FREEWAY and KALIFORNIA, that he hopes will resonate with BLOOD FROM STONE’s viewers. “I love films that go dark and violent,” he says, “and have deep themes, rich characters and lots of wild and funny memorable moments. I’ve jokingly called BLOOD FROM STONE ‘LEAVING LAS VEGAS meets NATURAL BORN KILLERS, but with vampires.’ Hopefully, I’ve made something that will be a wild joyride like those movies were.”

For more on BLOOD FROM STONE, head over to the official website. 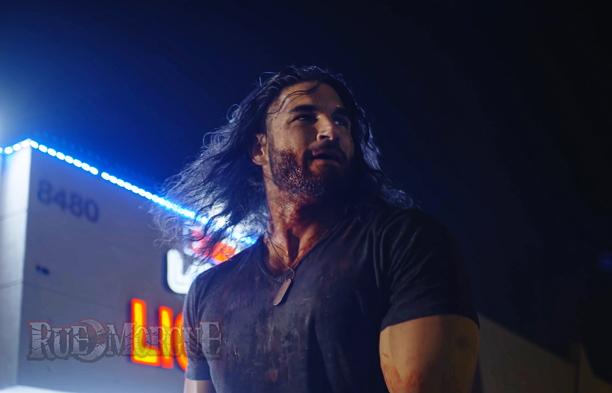 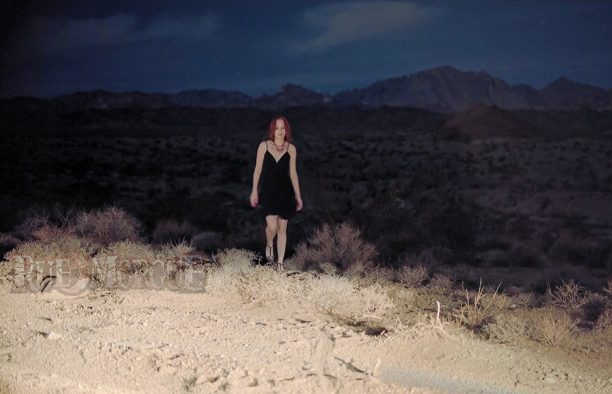 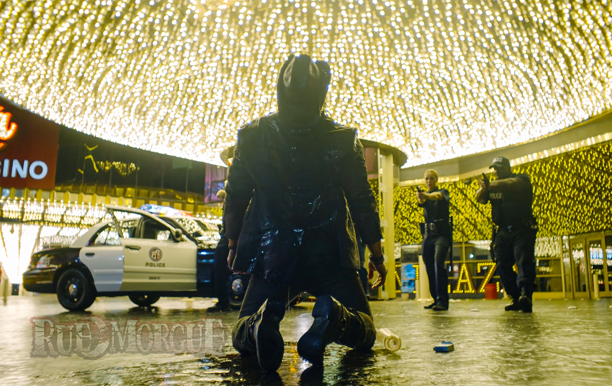