First screened for an audience back in 2011 but in limbo since, the offbeat genre-blender ANDROID RE-ENACTMENT has now been updated by the filmmaker and is about to emerge.

Indiecan Entertainment gave RUE MORGUE the scoop that ANDROID RE-ENACTMENT, written and directed by Darryl Shaw, will arrive on Amazon Prime in the U.S., Canada and UK and worldwide VOD platforms (Vimeo On Demand, Vimeo OTT) December 9. The movie stars Jeff Sinasac, Adam Buller, Sarah Silverthorne, Melissa Cline, William Poulin, Dean Tedesco, Delina Porter and Todd Thomas Dark; the synopsis: “A retired Empathtek engineer [Sinasac, who also created the film’s visual effects] commandeers a defunct factory where he creates androids based on persons from his past, using them to recreate a dinner party where he lost the love of his life—until they malfunction and escape.”

“Since rolling camera back in 2008,” Shaw tells us, “I’ve longed for our depraved little movie to be experienced by a wider audience, and thanks to Indiecan, that dream is finally materializing. This flick is a low-budget Frankenstein’s monster of patched-together goodwill and passion that was trusted to me by my cast and crew; at best, our love spills out of the seams. At worst, it’s ugly in a way that still makes me proud. The time it took to us to get here provided us perspective to tighten some screws, and I’m definitely thrilled to share what I feel is its best ‘enactment’ yet.” 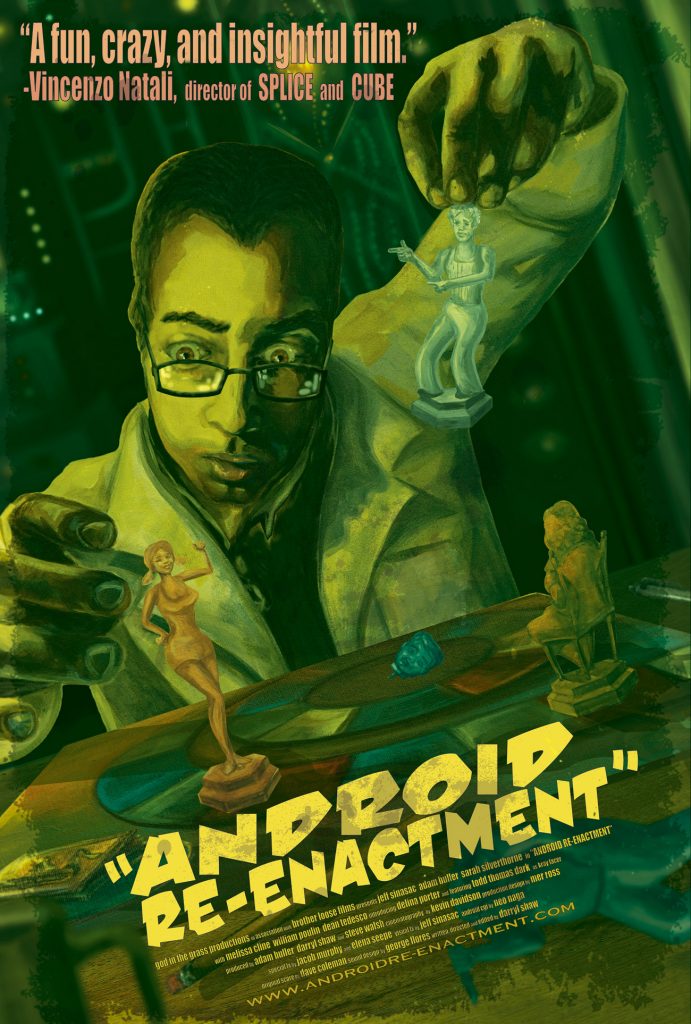