Exclusive news and poster: Creature effects veterans open up the “SORORITY OF THE DAMNED”

Artists with decades of experience in the genre are co-directing and creating monsters for the soon-to-film feature.

Roy Knyrim of SOTA FX (pictured left) gave us the heads-up that he and actor Joe Davison (pictured right) will helm SORORITY OF THE DAMNED, a horror/comedy in which Davison will also star. The actor, who appeared in the second season of STRANGER THINGS and wrote the killer-clown gorefest 100 TEARS, plays “a hapless handyman who unwillingly continues the family tradition and reluctantly fights the supernatural, with the help of some sexy sorority girls,” according to the official synopsis.

“Joe and I decided that 90 percent of the film needs to be practical effects,” says Knyrim, who’s been plying that trade since the late ’80s and whose credits range from UNCLE SAM to 2001 MANIACS to SINISTER 2 and TALES OF HALLOWEEN. He’ll oversee all of that work and the monster designs for SORORITY, and “We have Marcel Banks [AMERICAN HORROR STORY, RIDDICK] keying the creature and gore effects.”

“I’m so excited to see all of this come together,” Davison adds. “We have guys like Ken Hall [the effects artist and screenwriter whose career dates back to the original PUPPET MASTER and CRITTERS] sculpting a kick-ass living statue creature.” Felissa Rose will co-star in SORORITY OF THE DAMNED; keep your eyes here for updates. 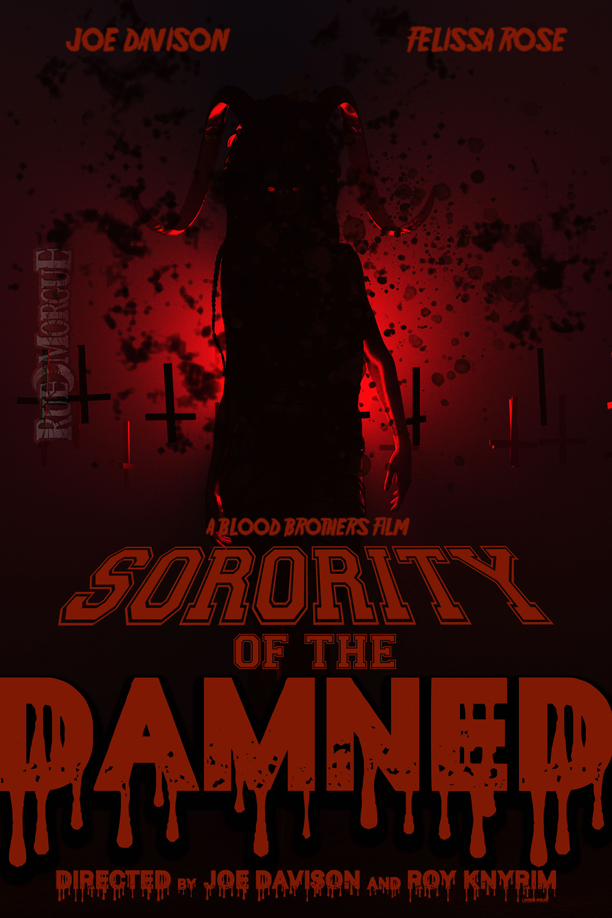