After garnering a ton of buzz late last year through the festival circuit and a limited release, the slasher comedy Tragedy Girls will be making its much-anticipated VOD/Blu Ray debut today. The movie follows two best friends McKayla (Alexandra Shipp) and Sadie (Brianna Hildebrand) who, along with being high school overachievers proficient with Instagram, also happen to be budding serial killers. A lot of the praise for this movie has focused on the satire poking fun at the dehumanizing effects of social media, but what really struck me about the film was the relationship between its two leads. Shipp and Hildebrand knock it out of the park and absolutely made me route for the bad girls. So when I got a chance to talk to writer/director Tyler MacEntyre, writer Chris Lee Hill, and producer Tara Ansley, I was eager to find out what it took to make this murderous duo so damn likeable.

Tyler MacEntyre: Well, we were actually hired to rewrite a script that already existed called Tragedy Girls, I think partially because our first movie, Patchwork, was also a horror comedy with female leads. Kerry (Rhodes, Executive Producer) liked the title, and the idea of doing a slasher movie, but they were having some trouble getting it off the ground so Chris and I started brainstorming.

Chris Lee Hill: We started thinking about what we enjoyed about the slasher genre growing up, and what we thought was kind of outdated. Giving the traditional victims in a slasher movie the point-of-view and putting them in the driver’s seat to push the story was something we hadn’t seen done that thoroughly. After we came up with that initial scene with the make out bridge, every other idea fell from there.

How did you stay honest when writing for two teenage girls?  Tara, did you have any input?

CLH: Social media is an obvious research tool since everybody shares everything, you don’t have to dig too deep to find what kids are saying these days.

Tara Ansley: And the actresses themselves were pretty close to that age, so they helped fine-tune the voices in rehearsal and on set. If it felt authentic coming from them, then that was a good indication that we were on the right track. I can’t stress enough how much Brianna and Alex made the parts their own. They made it work. I am continuously impressed with them as women and their careers outside of Tragedy Girls. Our producing team just wanted to make sure they retained that sense of fierceness and wits about them.

Alexandra Shipp and Brianna Hildebrand are fantastic as McKayla and Sadie.  How did they get involved with the project?

TM: We worked with our wonderful casting directors Lisa Beach and Sarah Katzman to find a list of young women who can play high school that we could really build a movie around. Alex and Brianna were at the top of the list, and when we found out they already knew each other, having both starred in Marvel movies, then that helped seal the deal. I met with both of them and they had already been in contact with each other and coming up with ideas.

CLH: I also think it was important to cast actors who were just beyond high school age where they still have that perspective and energy about them which really comes across. Also their ‘gram game is on point.

TA: It really couldn’t have ever been anyone else but those two.

You also got some great actors to play small but memorable roles, including Josh Hutcherson, Craig Robinson, and Kevin Durand.  Were those roles written specifically for them?

CLH: Not specifically, but I think you’ve always got a dream shortlist for parts in your mind, which those three definitely would’ve been on. It’s very surreal and exciting to watch performers of that calibre work on something you’ve written. While writing the script, I never would’ve thought “A year and a half from now, Josh Hutcherson is going to absolutely destroy with this scene.” That would be nuts…

Many horror comedies tend to lean more toward horror or more toward comedy, but Tragedy Girls is the rare instance of a movie that smoothly blends heartwarming and funny with dark and disturbing.  How did you achieve this balance without tipping too far in either direction?

CLH: On the surface this is a satirical movie, so you can have a lot of fun at everybody’s expense for how we react to life and tragedy through social media. But underneath it’s sort of an earnest story about friendship and growing up, which is very relatable and makes us care about these girls, even if what they’re doing is awful.

TM: Yeah, we definitely used the friendship story as our guiding light to keep the tone balanced throughout. For me, post-production was very important, and I leaned a lot on our editor Martin Pensa to help me keep the film feeling right moment-to-moment. My job really became collecting enough pieces where we could make adjustments later in the process.

TA: Tyler and Chris happen to have teenage girl evil geniuses trapped inside them. Their script was perfect. I am so aware and proud of the fact they write strong women voices.

This movie goes for the hard R-rating when it comes to gore. How much deliberation went into letting the blood flow so freely?

TM: It was definitely a concern in this PG-13 dominated horror landscape we live in, but Tara and the other producers were quite supportive of a harder edge, so that helped us be creative knowing they were backing us.

CLH: In writing these kinds of set pieces, you have to be aware of what came before you, and part of that is challenging yourself to make the deaths as big and gory as possible so you get that strong reaction when you’re watching it with an audience, which is lots of fun. We tried to strike a balance between playing to the genre crowd that has seen everything and wants to be surprised, but cutting in with funny moments so we can still welcome viewers that wouldn’t normally watch a bloody horror movie.

TA: The other producers and I are HUGE fans of practical effects and we ended up using Creature FX. They gave us the best team and all of us including the actors just had an absolute blast with it and seeing their progress of the gag builds throughout the filmmaking process. We’re all fans at the end of the day of the genre and wanted to push it.

Finally, which serial killers in cinema history would McKayla and Sadie list as influences?

TM: I think McKayla would go for more of the theatrical-type narcissistic serial killers, the kind that play little games, like Ghostface in Scream. Sadie is more straightforward, but cares about the impact.

CLH: She’s more like a Zodiac or something. I feel like she’d hit her legendary status and just fade away, but people would talk about it. 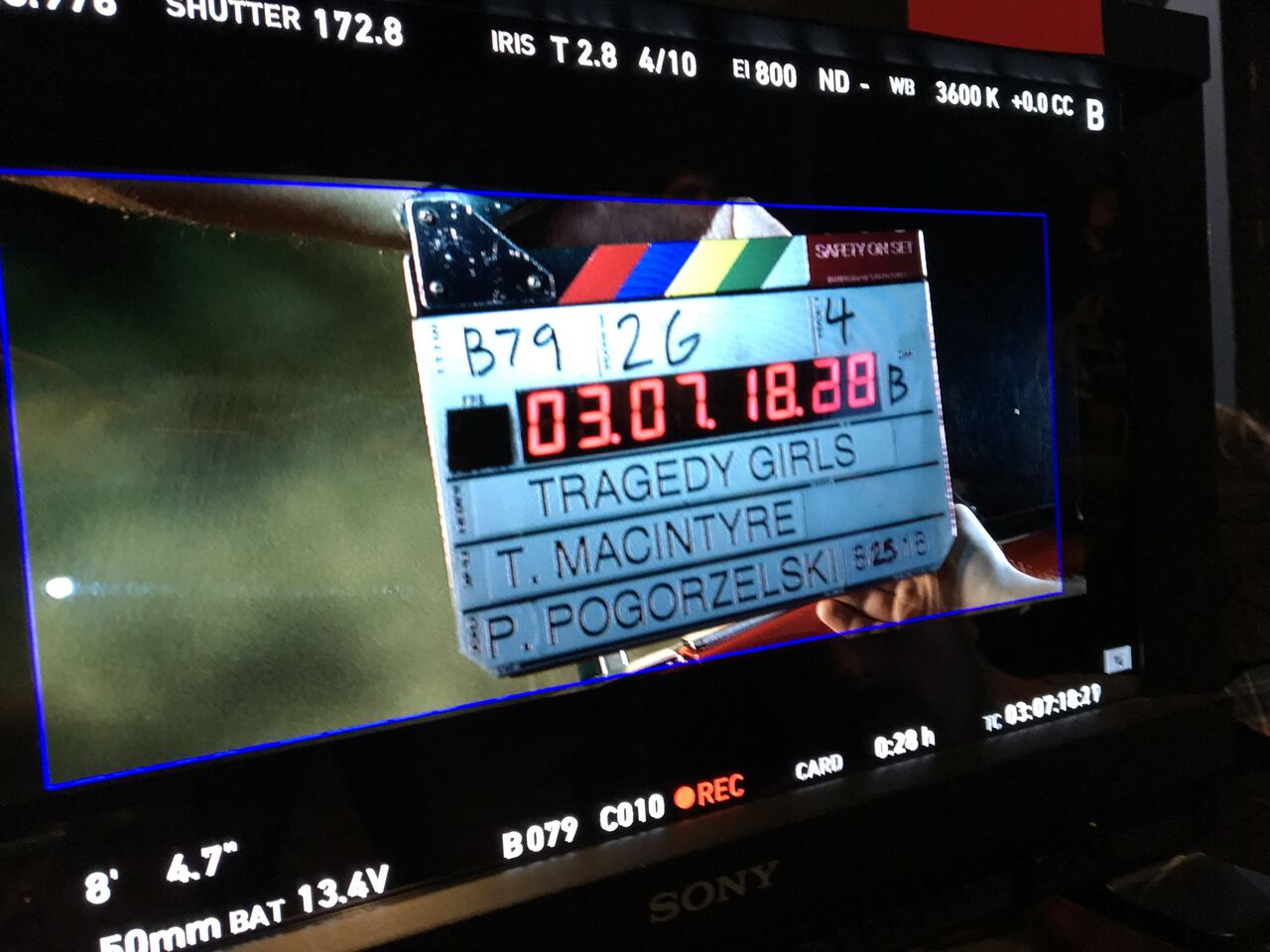 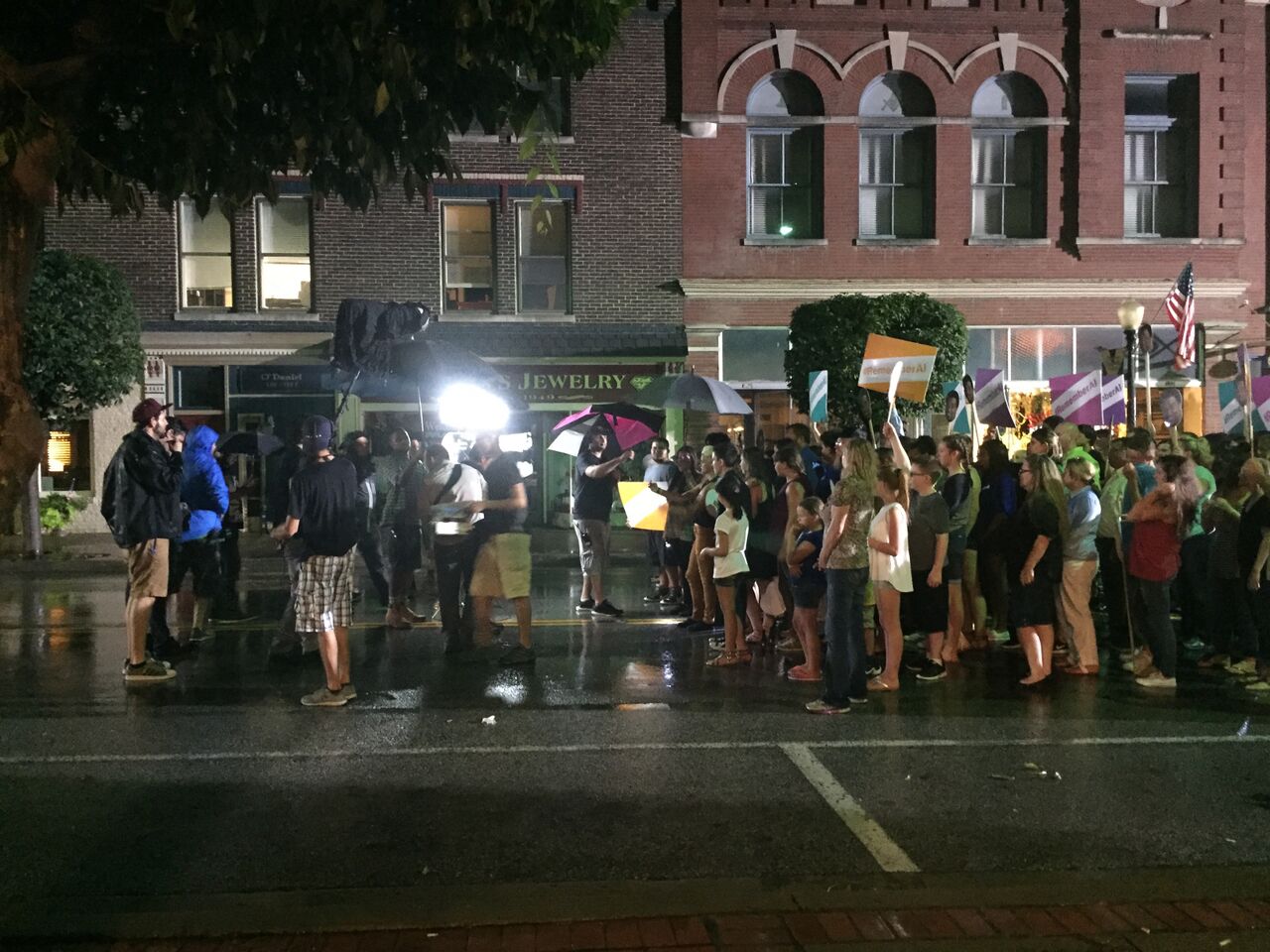