Deep in the icy winter of 2009, scholars, advocates and devotees converged on the Free Library of Philadelphia for “a boisterous debate among representatives of three American cities—Baltimore, Boston, and Philadelphia—over which should lay claim to the legacy, if not the bones, of Edgar Allan Poe.” Poe, of course, transcends such terrestrial quibbles—his true legacy is the subversive writers and transgressive dreamers his work continues to empower and inspire nearly two centuries later. That’s why it’s so appropriate that the title of the brilliant new anthology SHADOWY NATURES: STORIES OF PSYCHOLOGICAL HORROR (AMink Publishing) is drawn from Poe’s 1840 essay “Instinct vs Reason: A Black Cat,” in which he states that “the boundary line between instinct and reason is of a very shadowy nature.”

While the wildly diverse, ingeniously constructed tales here are anchored to the tradition of harrowing, weirdly empathetic psych-terror Poe helped establish, the 21 authors—like the dark bard himself—refuse to allow their writing or imaginations to be muted or constrained by contemporary social mores or timid accommodation. “Different people have different triggers—something that makes them frightened or at least uncomfortable,” the anthology’s editor Rebecca Rowland (whose own stunning novel PIECES is reviewed here) tells RUE MORGUE. “However, everyone knows what it’s like to feel confused, or unsafe, or insecure, and psychological horror takes those universal experiences and amplifies them, uses them in situations where we might second-guess our own sanity or self-control, or even where our personal moral boundaries lie. I like to think that traditional horror pokes and jabs at the reader with sharp objects; psychological horror permeates the air with a colorless, odorless gas. If it’s released artfully enough, the reader won’t be able to pinpoint exactly what’s making him/her woozy, and that, I believe, is even more wicked and effective for evoking fear.”​ 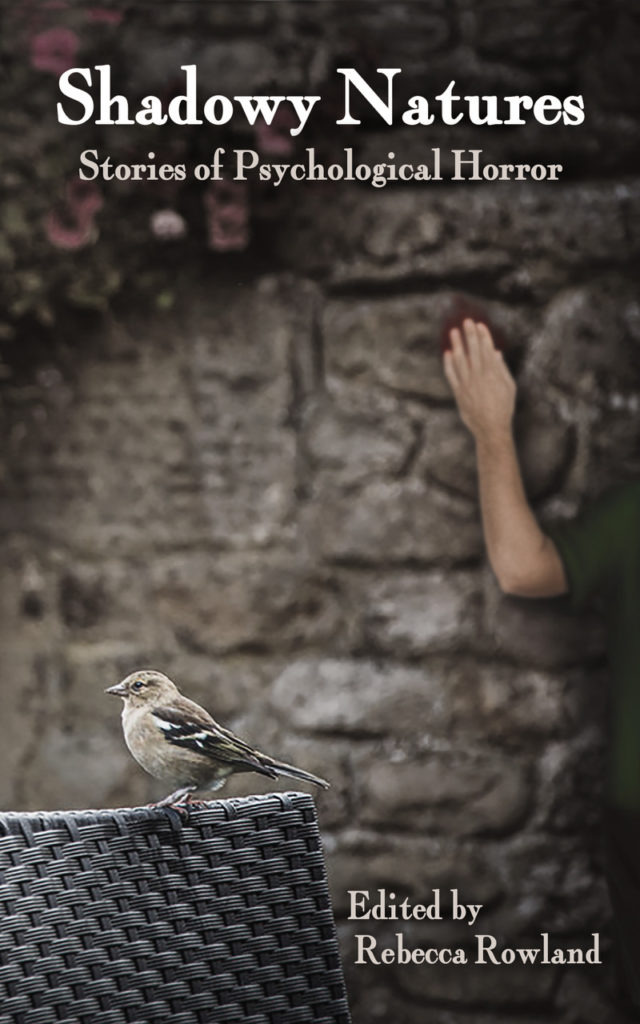 That’s certainly an apt description of the effect stories from SHADOWY NATURES will likely have on readers. Highlights include Paul Stansfield’s “Lemonade” (“While sorting through her dead grandfather’s possessions, a woman finds a collection of ‘books of pain,’ classic novels bound not in hardcover but human skin”), Matthew R. Davis’ “Walking on Knives” (“A couple, wanting to spice up their intimacy, role play in a dangerous game that quickly spins out of their control”), K.N. Johnson’s “Accessory” (“A reclusive teenage girl is selected by a popular girl at school and soon becomes her assistant in a progressively growing crime spree”), or Lee Rozelle’s “Mandibular Fixation” (“A father intent on rising in status within his church fixates on his daughter’s unusual dental abnormality”).

“Poe theorized that human nature, instinct and impulse, is the superior influence on human behavior, much more so than reason and knowledge,” Rowland says. “Fiction requires that we bend what we know to be true and let an author convince us of another truth. Fear, the force behind dark fiction, is an emotion driven purely by instinct, not reason, and there’s something delightfully nefarious about that. Despite them differing so widely in setting, tone and focus, each of the stories in the collection drips with that nefariousness.”

Though that nefariousness is frequently shocking and almost always disquieting, it is also beautifully rendered and deftly reinterpreted throughout SHADOWY NATURE’s 250 pages. The anthology is well worth your time—and the minor and not-so-minor scars it will leave on your psyche. Find out more about the book here, and about Rowland here.