BY DAVID WILSON
CHILD EATER writer/director Erlingur Óttar Thoroddsen took less than a year to switch gears completely. The Icelandic director’s second feature film, RIFT (RÖKKUR) is a road trip away from the visceral terror of his first, being called everything from “minimalist horror” to a “gay thriller.” It’s a dense and tension-riddled affair centered on the crumbling relationship of its main characters, and it’s been messing with audience heads as it makes its way along the international festival circuit.
The film begins with Gunnar (Björn Stefánsson) receiving a distressing phone call from his ex-boyfriend Einar (Sigurour Pór Óskarsson). Concerned that Einar might harm hemself, Gunnar drives to a remote cabin where Einar has holed up, and the two men must confront not only their fractured relationship but a threatening presence outside. RIFT is set to open in North America from Breaking Glass Pictures around Halloween; follow the film’s Facebook page for updates. Thoroddsen speaks with RUE MORGUE about his influences, the psychology of breakups and leaving an audience hanging in this exclusive interview.

“I can totally see where some elements would feel Hitchcockian.”

“When you only have 15 days to shoot 100 pages, you have to be intensely prepared for everything.”
Óttar Thoroddsen 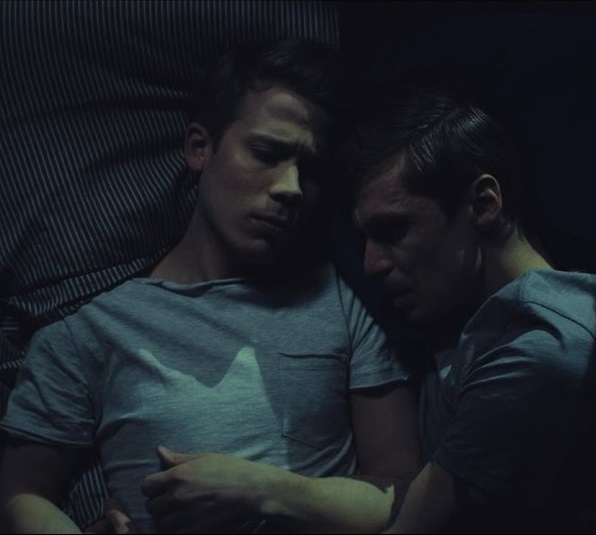