Dario Argento’s masterpiece will receive its ultimate showcase when Synapse Films brings its award-winning restoration to a 4K UltraHD two-disc set. We’ve got the scoop, exclusive comments on the details and the first look at the packaging, featuring new original art by Wes Benscoter!

“SUSPIRIA is the ultimate genre film to make the jump to UHD,” Don May, Jr., president of Synapse Films, tells RUE MORGUE. “With the beautiful color palette and directional audio, there was no better candidate to set the standard for older catalog titles for this new 4K format. We went back to the original 4K files and basically started over, reconfiguring the theatrical DCI-P3 color space for UHD’s expanded color palette and utilized high dynamic range. I couldn’t believe it was possible, but the film looks even more jaw-dropping. The high dynamic range looks amazing without corrupting the original photographic intent. We also made the decision to add a Dolby Atmos remix for the release, just to have a little fun with the format.”

Included in the package is a Blu-ray of special features:

Retail price is $59.95. The two-disc set is available for pre-order now at Synapse-films.com and DiabolikDVD.com. 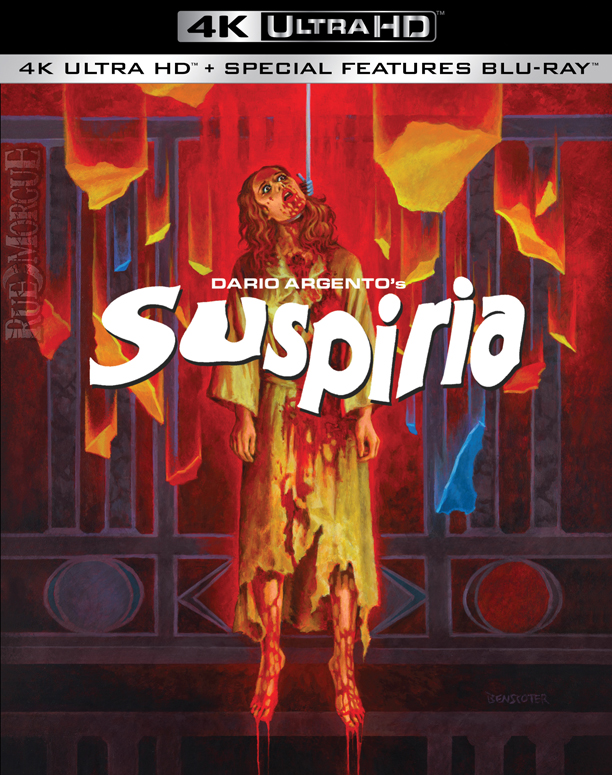 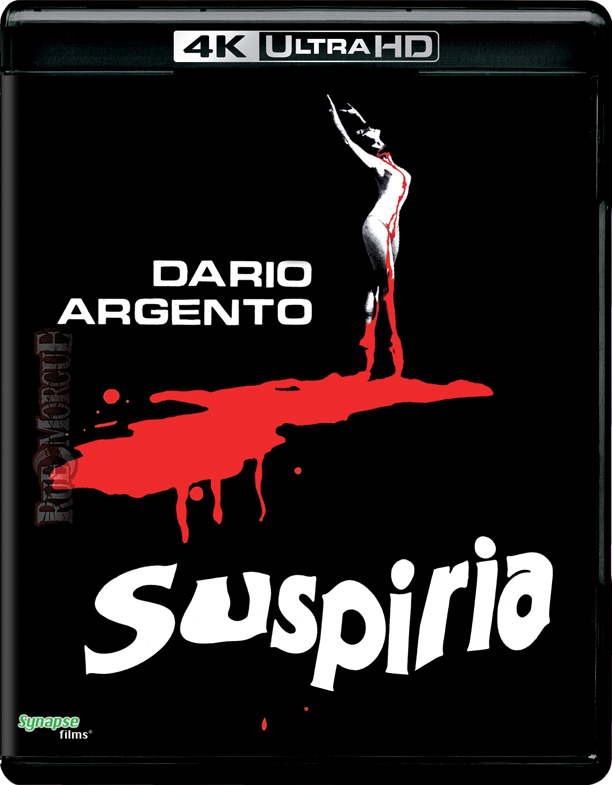